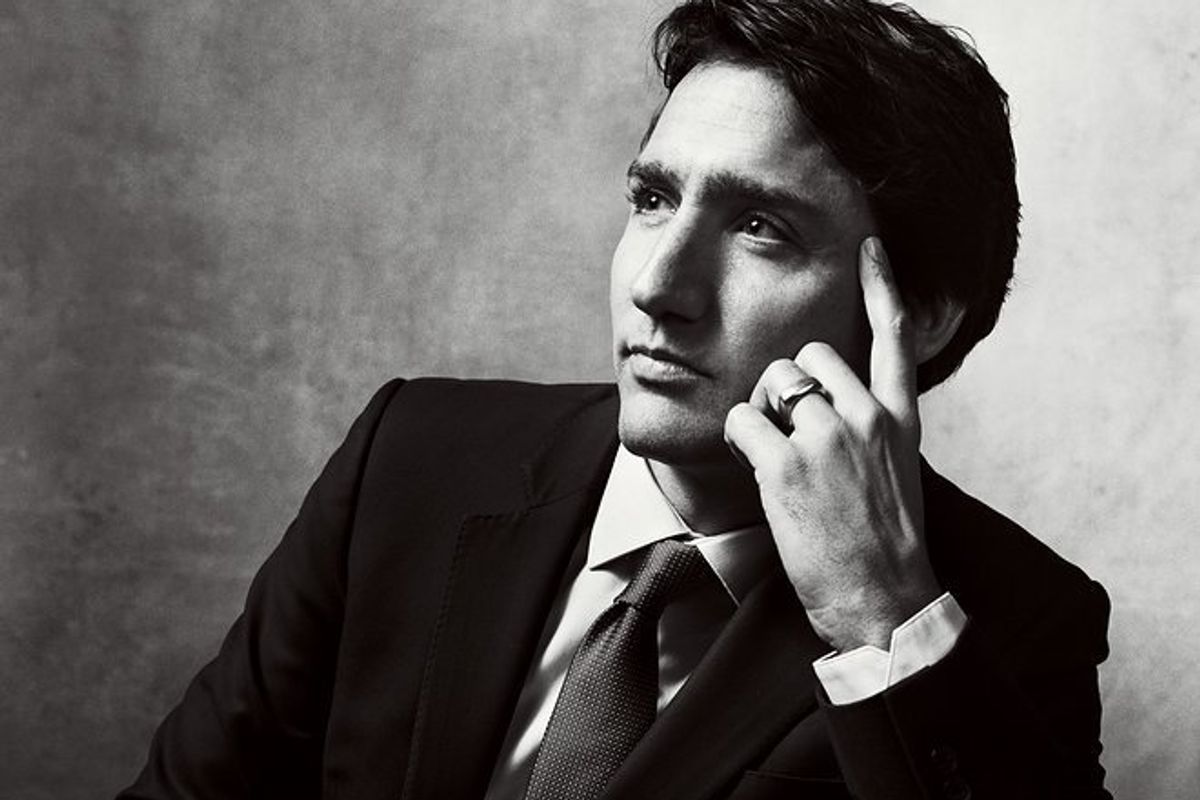 In a new profile for VOGUE, Canada's newly minted Prime Minister discusses his victory over the country's increasingly bigoted conservative party, and the support system he has with his wife, Sophie.

The oppressively handsome 43-year-old leader, who for years was considered a political joke--overshadowed by his father, Pierre Trudeau (who was previously the most glamorous Prime Minister Canada knew, from 1968-1984), became an undeniable, hopeful force in the past 3 years.

On why he won:

"We won because we listened to the things Canadians were talking positively and hopefully about. We said, 'The future's going to be better, and this is what we're going to do to make it that way.' "

On shaking his conceived privilege of being political royalty:

On why he didn't immediately jump to going on a first date with the First Lady:

"I knew if I responded even slightly, we'd wind up going for coffee, and that would be the last date I'd ever have in my life."

Sophie's recounting of their eventual first date (which will make any first date sound lame in comparison):

"I'm a dreamer and a romantic, and at the end of dinner, he said, 'I'm 31 years old, and I've been waiting for you for 31 years. And we both cried like babies."

Justin on his never-ending liberal agenda:

"There's a sense that maybe we've reached the end of progress, that maybe it's the new normal that the quality of life is going to go down for the next generation. Well, I refuse to accept that," he says, fixing me with his deep gaze. "And I refuse to allow that to happen."