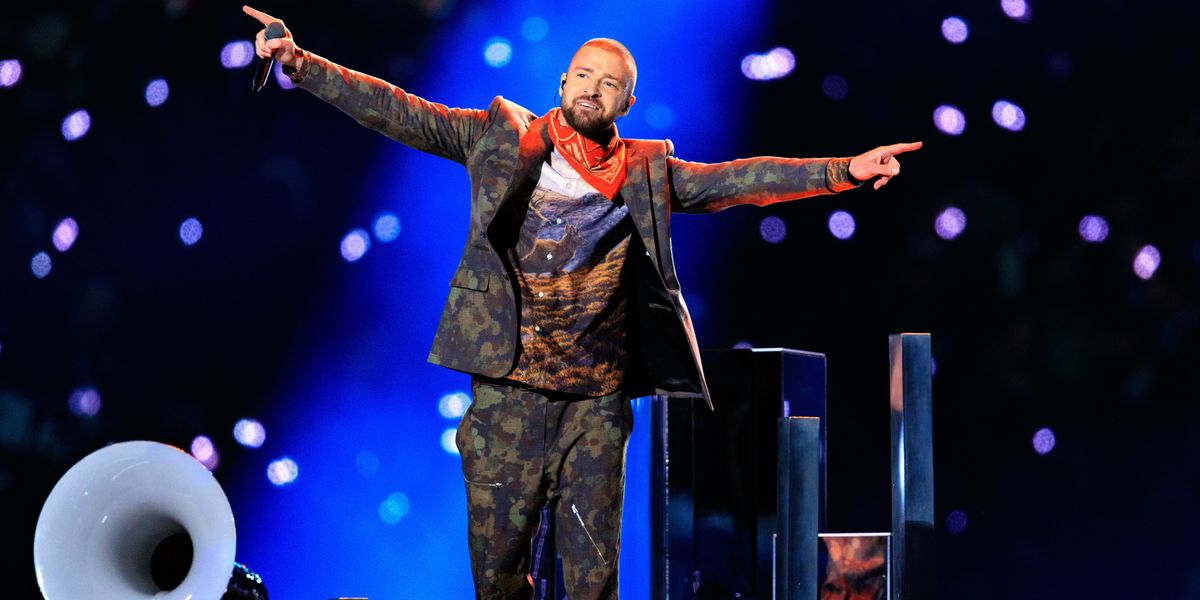 Last night, Justin Timberlake took to the world's biggest stage to perform at the Super Bowl halftime show in front of over 110 million people. It provoked a reaction on Twitter that I would describe as "the opposite of what Lady Gaga did at last year's Super Bowl." Judging from everyone's tweets and posts, I'm sort of glad I spent my evening trying to unclog my toilet instead of watching the halftime show. After watching his performance on Youtube this morning, here are 10 fragments of conversations I imagine were had during the conceptual meeting for Justin Timberlake's halftime show, below:

"What would the cast of Duck Dynasty do?"

"Think Joanne but if I looked like the type of guy who once rented a Hummer limo."

[After making a hand gesture that signifies an epiphany] "CAMO!"

"Concept: if Longhorn Steakhouse was a club."

[While staring at a mood board that's just 98 pictures of the same deer] "Yeah, yeah."

"I want Prince to fucking haunt me for the rest of my life."

"Let's bring sexy back, but let's make sexy IPAs, flannel, and the selection of books on display at Urban Outfitters."

"I want to come off as though I'm that hip high school history teacher that looks like he'd be fun to do karaoke with."

"I literally don't care, just anything that will upstage that matching denim moment with Britney from 2001."

"How can we make Janet even more sorely missed?"