Justin Timberlake Made Me Cream, I Mean, Scream Last Night 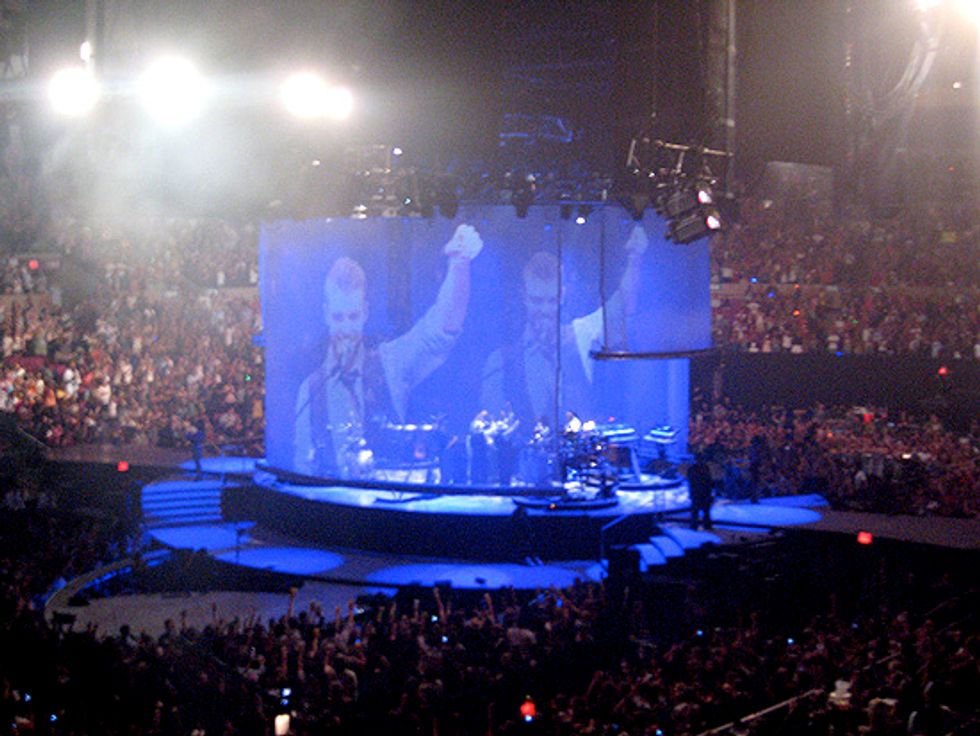 Last night my friend Cheryl and I went to see Justin Timberlake at Madison Square Garden for the "Futuresex/Loveshow" concert. And, ladies, what can I say, JT is H-O-T!!! Good Charlotte opened but we only caught the last song "Lifestyles of the Rich & Famous." It was a sea of orgasmic, screaming (and sometimes puking and crying) girls, drunk moms, cell phones and digi-cams -- and I loved every second of it! From "What Goes Around" to "Sexy Back" (the finale) with a few ballads thrown in (including the amazing "Cry Me a River"), Justin was a tour-de-force sex bomb! He wore a dark three-piece-suit for the first half of the show, the blazer was gone at some point and he came back on after a break decked out in a light grey three-piece finished with a fedora.

The show was being shot for an HBO Special (watch it and look for me and Cheryl on 9/3) and we were warned ahead by JT's manager that if you're there with someone you're not supposed to be with you should beware.

There were many highlights. He played the piano, guitar and keytar -- how dorky/cool is that? And, he is such a good dancer!! Some of the sweet and touching moments were when Justin raised what appeared to be a shot glass (I'm guessing tequila even though I'm hoping it was whiskey) in honor of New York City and the fans -- it's sort of hard to tell in this picture, but that's what's going on. And when he came back on stage for an encore wearing a black T-shirt with khaki pants, the audience was so wildly cheering him that he became overwhelmed and choked up when thanking the fans and telling us how he wakes up every morning and can't believe this is his job. We think next time he wakes up in the morning, he should dump Jessica Biel. Then he added, "I don't wanna get cheesy on y'all 'cos that's not what we're here for, but when I was growing up in Memphis I never thought I would be standing here." It sounds so clichÃ©, I know, but he was so sincere I almost cried. 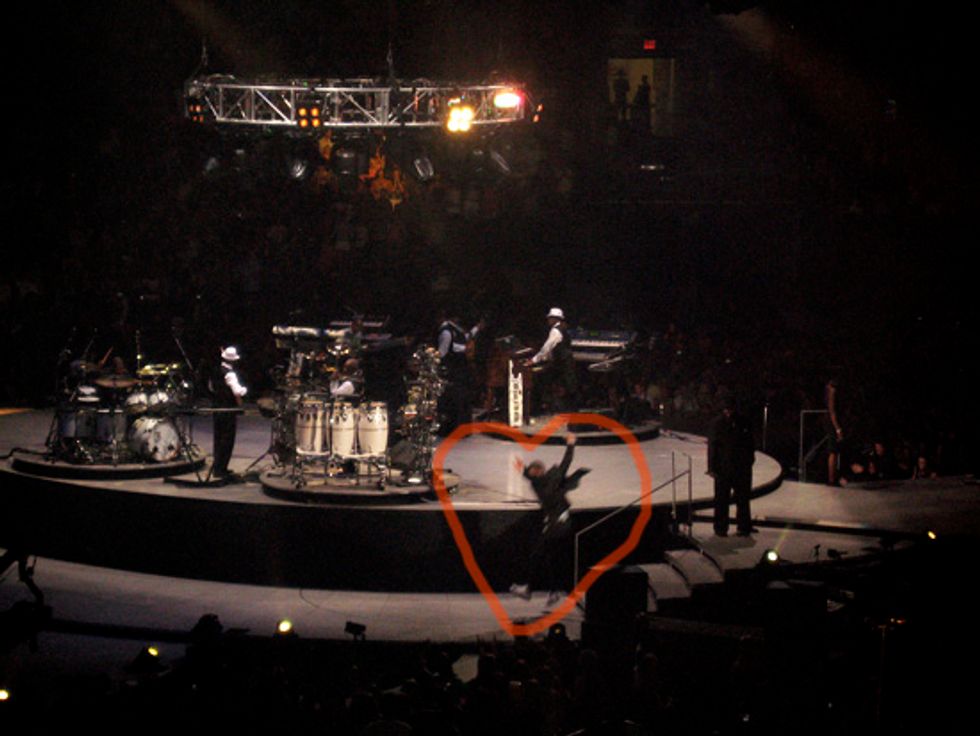 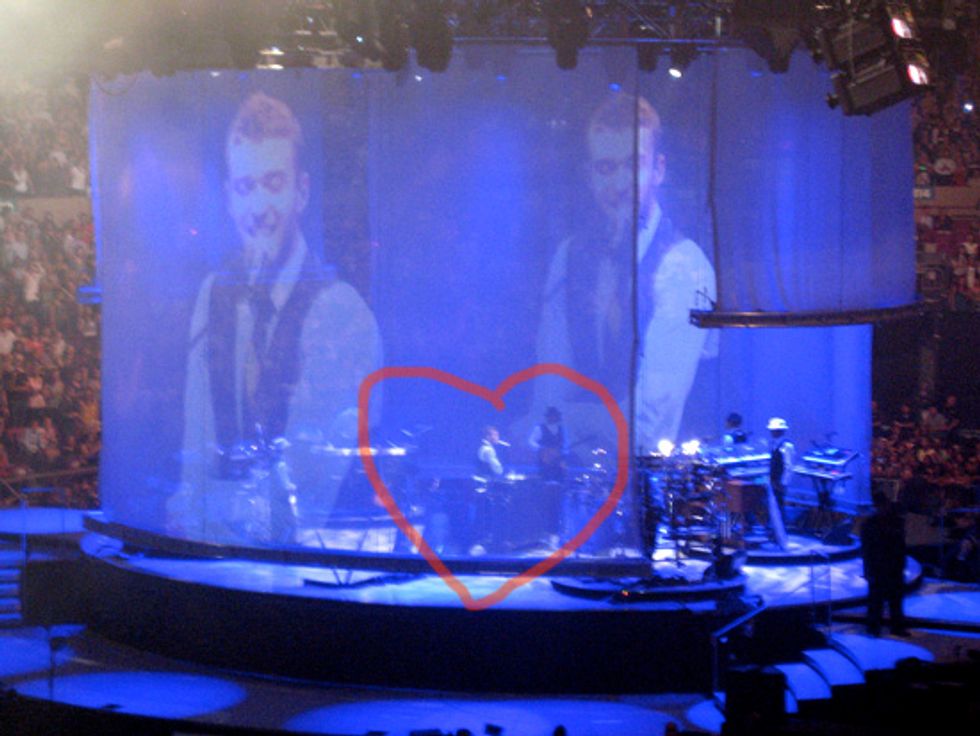 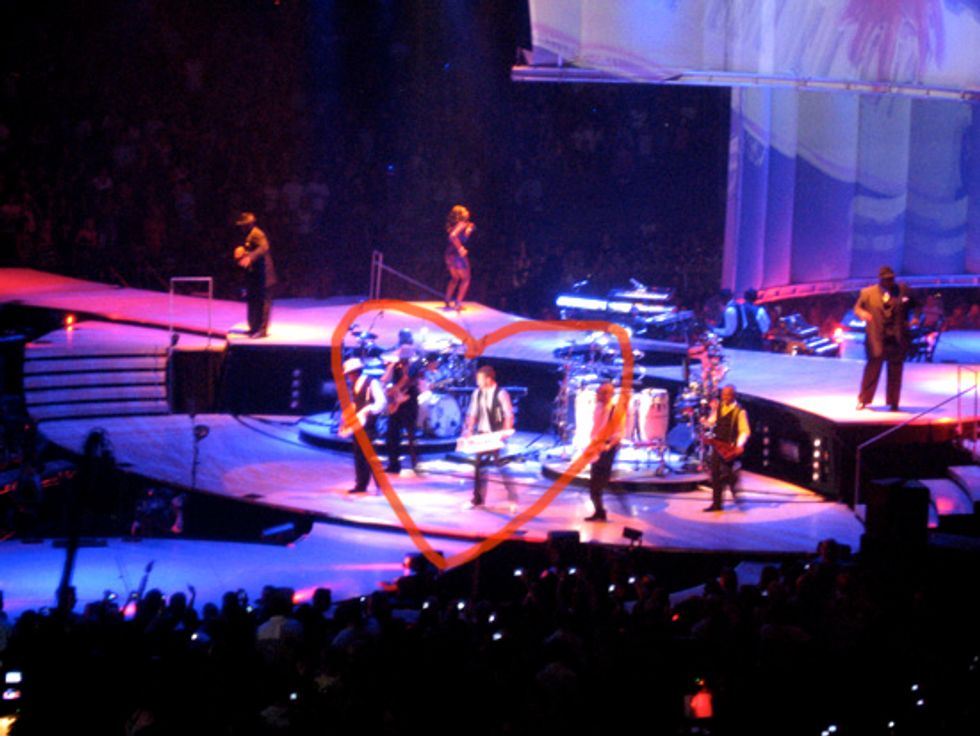