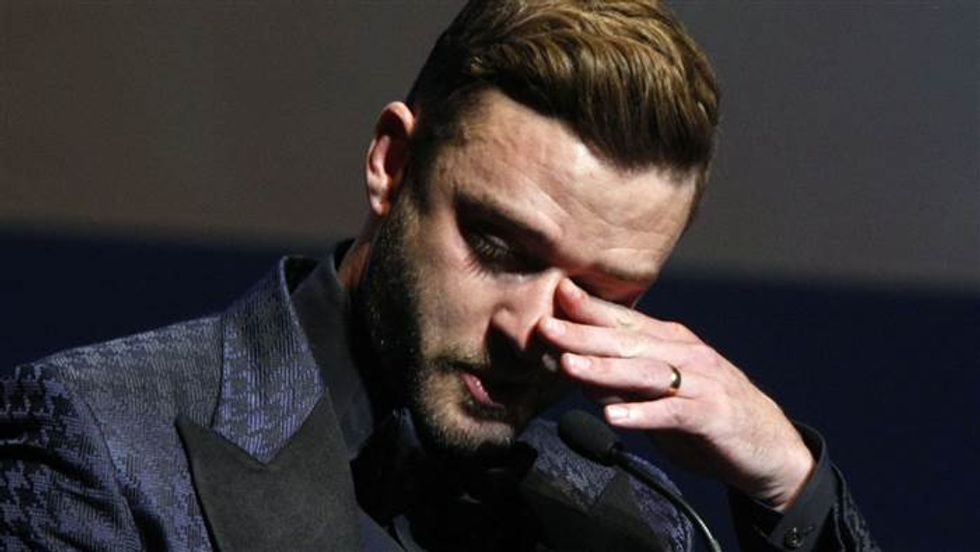 PAPERMAG
The most recent Justin Timberlake headline is a tender one.

Over the weekend, the Memphis, Tennessee native was inducted into the Memphis Music Hall of Fame, and his bro-lover/frequent comedy collaborator Jimmy Fallon was there to present him with it.


But it was Jessica Biel, Mr. Timberlake's wife and mother to his 7-month-old son, Silas Randall, who got JT in a misty tizzy.

"Baby, I love you more than I could put into words," he spoke of Biel, "more than any song I could ever write." He then called her "beautiful, loving and incredibly understanding of her husband's shortcomings."

He started tearing up as he mentioned that Jessica is "built like a Memphian," and "tough as nails," and added that the two recently celebrated their 3rd wedding anniversary.

While the awwwww-factor is strong here, it's a good-a-time as any to reflect on that wedding...

Though she looks absolutely spectacular, Jessica's clenched smile reads: "Don't you dare jump -- Justin...don't you do it, don't do it. You did it. You're jumping. OK. This is happening. I'm wearing a pink dress."

The price you pay when you marry a Mickey Mouse Club alum.


If that face/pose doesn't have the steaming brand of "former child star" on it, then I don't know what does.

In honor of these cringe-worthy snaps, let's take a look at other perplexing celebrity wedding photos, presented (mostly) without comment/caption.

No, this is not a scene from The Wicker Man.

Some say love, it is a river.
You May Also Like
Fashion