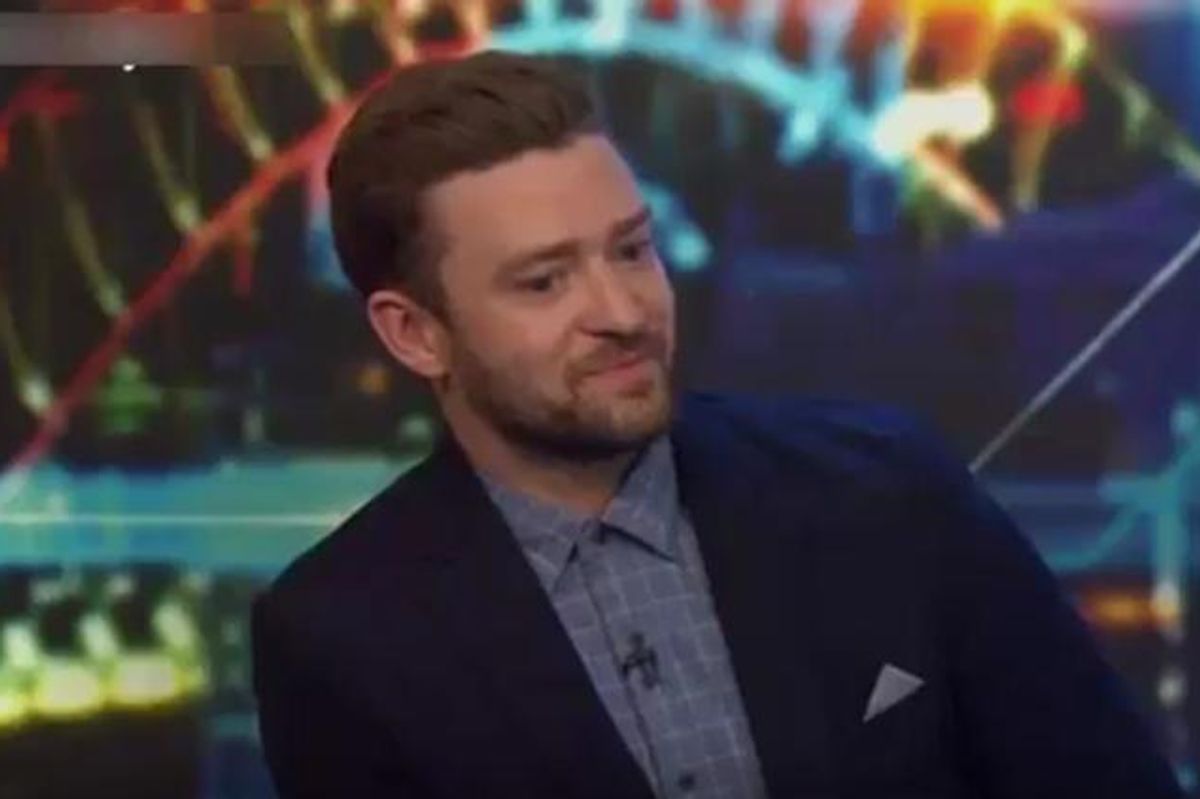 Because each day, we're being casually stripped of joy, like bark swiftly peeled from an ancient tree, Justin Timberlake has decided to throw in a few more notches of despair.

While on Australian talk show The Project to promote his new movie Trolls, the singer/actor hinted at regret over his iconic denim-on-denim masterpiece with former beau Britney Spears at the American Music Awards in 2001.

After being asked, "What have you learned about the [music] industry that you didn't know when you were in 'NSYNC?" JT replied, "If you wear denim-on-denim, it will get documented." The answer was met with a roar of laughter.

"Anguish!" I screamed at the cruel November sun.