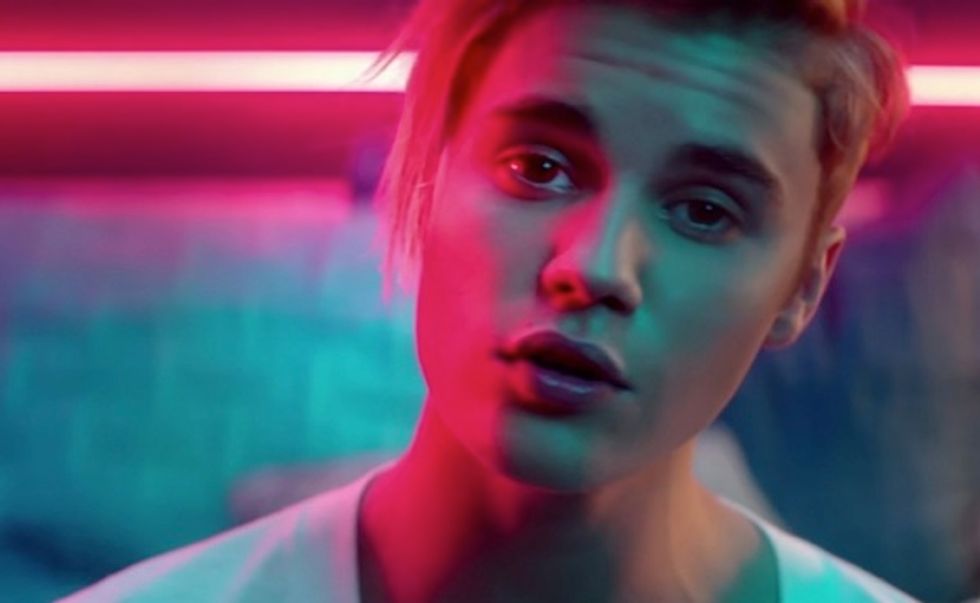 By Matthew Moen
PAPERMAG
Admit it, Justin Bieber's really upped his beats this year -- especially with the addition of his new slammer "What Do You Mean?," which really makes you feel like you're lying facedown in a margarita puddle. And it features... a pan flute? What? An instrument that traces back to Ancient Greece and is associated with South American and African American folk music, the pan flute started to cross over into pop music via Romanian musician Gheorghe Zamfir in the '70s and '80s (thanks Toto!) before being sucked into the dark abyss of '90s easy-listening world music. But what of its more recent uses in pop?
We decided to trace its modern pop lineage and find out how the pop star's bubblegum sound turned into bass-y marimbas with some interesting Soundcloud sub-culture results.
For the Biebs, it all starts with "Where Are Ã� Now," that banging Skrillex and Diplo collaboration we couldn't get enough of earlier this summer. One of the most off-kilter pop jams we've heard in a while, it was an instant success and Bieber's first step towards making a cool, tropi-themed comeback. The main sonic impetus though? Obviously that memorable squeaking "dolphin sound" hook, which is actually just Bieber's vocals run through a sequence of filters and then artificially pitched. So is it any surprise that it bears an awfully close resemblance to a futuristic version of a pan flute?
Granted Diplo has been playing with the pan-flute motif for eons with his Major Lazer project -- and while the structure and overall sound of his Ariana Grande collab "All My Love" is the closest, most logical predecessor to "Where Are Ã� Now," the same motifs pop up all over Major Lazer's latest release Peace Is The Mission.
From there the trail almost runs cold until you notice that the opening riff from Peace Is The Missions's break-through single "Lean On" bares a striking resemblance to the piano part of Kygo's "Firestone" -- which is when everything started to fall into place.
</div><div><br/></div><div>Typically identified by a light and airy vibe created through the use of synthesized marimbas and steel drums laid over top of deep house bass, Tropical House is the main culprit in our quest for the origins of the pan flute trend. The genre's had a ton of crossover appeal lately with tracks like Robin Schulz' remix of Mr. Probz's "Waves" and Felix Jaehn's remix of "Cheerleader" by Omi both making it into the top 40. </div><div><br/></div><div><br/></div><div>The name 'Tropical House' was originally coined by Australian producer Thomas Jack. Dating back to 2010, the genre started to gain momentum in 2013 with most of the community connecting over Soundcloud. This new off-shoot of the deep house revival felt like sipping a fruity drink at a resort -- it was relaxed, bubbly, warm but still chill. </div><div><br/><iframe scrolling="no" src="https://w.soundcloud.com/player/?url=https%3A//api.soundcloud.com/tracks/117661412&color=ff5500&auto_play=false&hide_related=false&show_comments=true&show_user=true&show_reposts=false" frameborder="no" height="166" width="100%"/></div><div><br/></div><div>And if you dig deep enough you'll see other blogs referring to Bieber's "What Do You Mean?" as <a href="http://edm.com/articles/2015-08-28/justin-bieber-what-do-you-mean-release">Tropical House-inspired</a> bringing things back full circle. And the auditory similarities between "What Do You Mean?" and a track like Thomas Jack's "Symphony" (which you could probably pass off as a club edit of Justin's track) make the connection not seem so far fetched. Though we're not mad -- after all, who doesn't love a good crossover single?</div><div><br/></div></div></div>