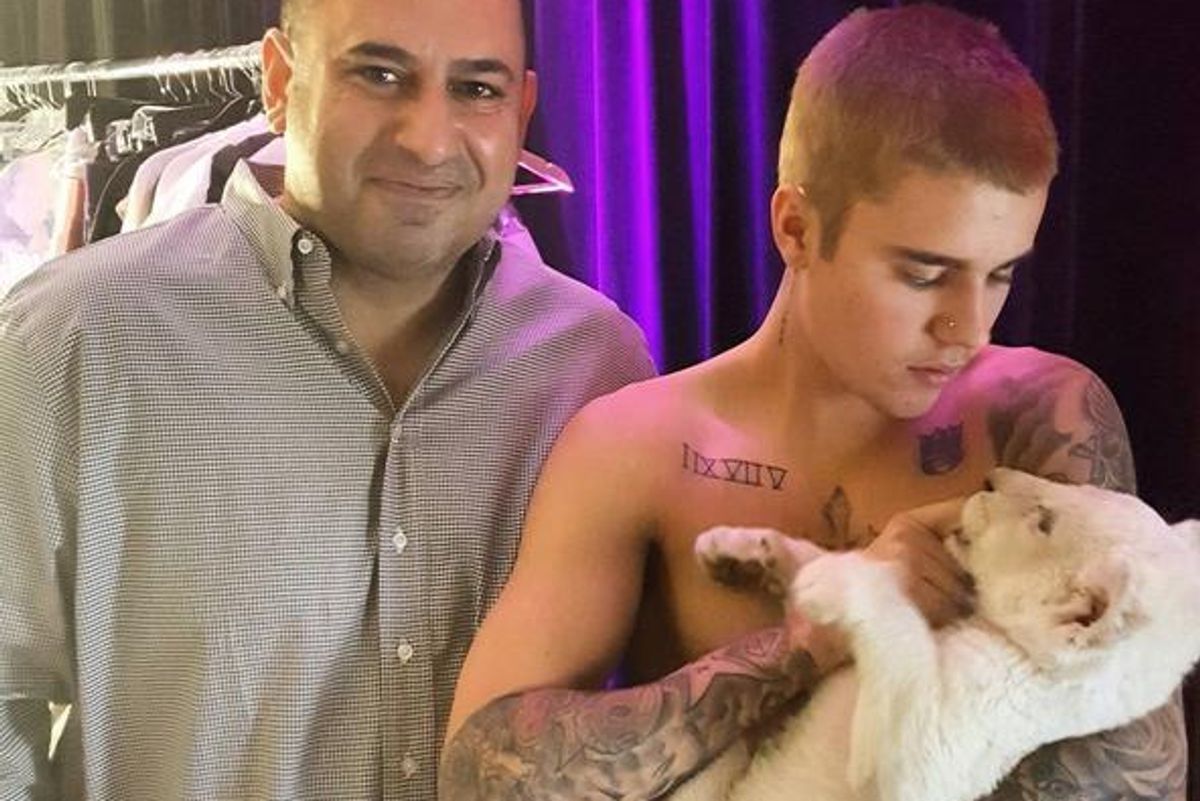 Last night, before his Toronto, ON show of his 'Purpose' world tour, Canadian lord, Justin Bieber, posed with a white lion cub, causing the very fabric of time and space to fold in on itself, and tear in half.

After being fed by Justin Bieber, Alex is one of his biggest fans! Justin really cares about the conservation of these beautiful animals! He is truly a class act and awesome guy! #justinbieber #bieberfever #bieber #toronto #justin #lifestyle #lion #lionking #whitelion #lioncub #alexthelion
A video posted by Alex Haditaghi (@alexhaditaghi) on May 18, 2016 at 6:22pm PDT

Eccentric wealthy-man Alex Haditaghi brought forth the young beast to Bieber's arms; Haditaghi is apparently attempting to begin some sot of animal sanctuary.

I want this photo of Bieber spray-painted on a shirt with the text "Infinite Fear."

Haditaghi had brought one of his other pried possessions, a fucking Bengal tiger, to the engagement party of Justin's creepy dad, Jeremy; Justin was promptly scorned by PETA for glibly posing with it.

The FUCK do you know, PETA?

Someday, when Bieber finally returns to the Ether whence he came, he will ride off into the pink horizon, atop that same white lion.