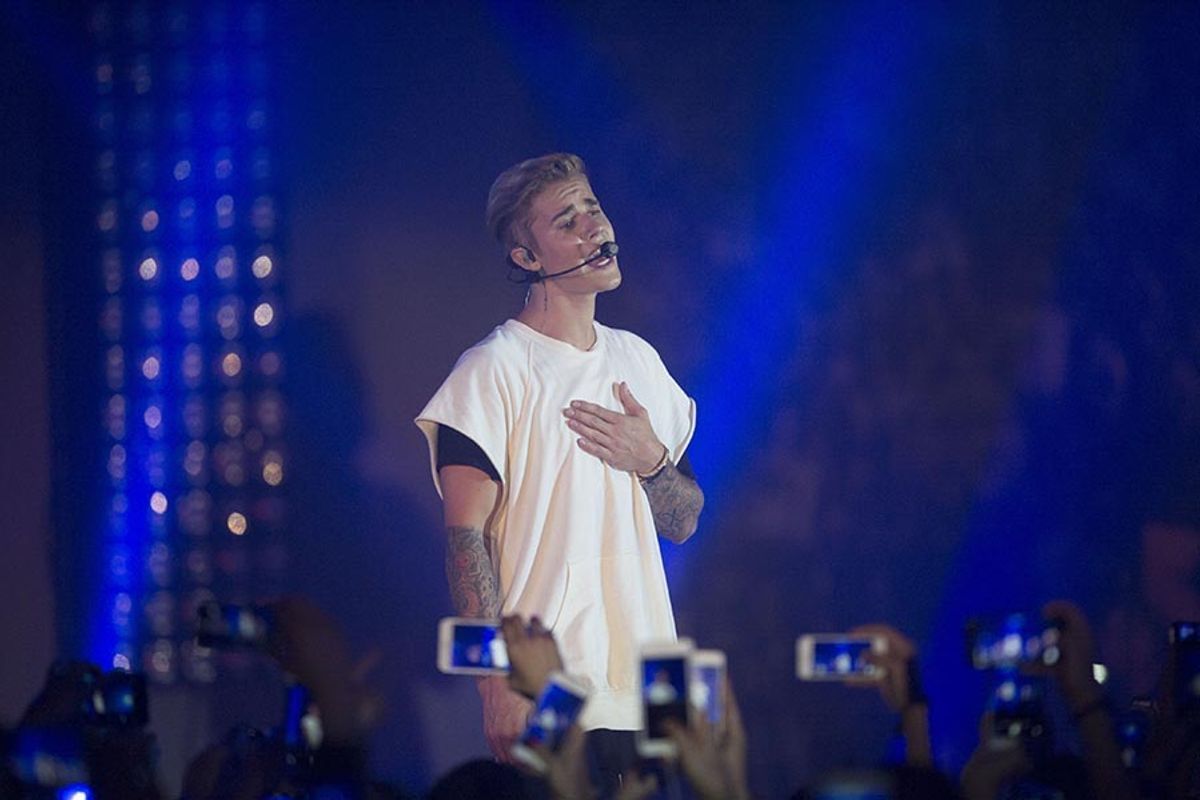 According to the New York Post, a portion of Justin Bieber's January GQ cover profile describes his rebirth into Christianity, following his tumultuous 2013-2014.

Bieber fell into acquaintance with hipster pastor to the stars Carl Lentz, of Hillsong Church--a popular Australian based new age Pentecostal sect that has locations around the world, including New York and Los Angeles.

Seeking to absolve himself of his increasingly tarnished image, Justin confided in Lentz that he was "overcome with feelings of loss," and wished to be baptized while in NYC in late 2013.

Mind you, this sudden desire to be awash in God's love came at 2 am, and any location with a pool that Lentz had arranged immediately became swarmed with paparazzi.

That's when the pastor contacted friend and Hillsong member Tyler Chandler of the Phoenix Suns--who at the time was playing for thee NY Knicks--who offered up a bathtub in his Upper West Side apartment Bieber to take the holy plunge.

Though, Bieber would go onto get a DUI in Miami just a month later (in January of 2014), the singer has certainly been revamping his image, with an apology tour that bled into promotion for his recent, successful album "Purpose."

Hillsong has attracted several members of the young Hollywood elite, including Bieber's on/off again beau, Selena Gomez, who has been seen at the church with Justin, and has sought consolation by Lentz during difficult times.


Next time I'm plagued by my own brittle mortality at 2 am, I'm going to text every person in my phone book "I want to get baptized" and wait to see who responds first.

A GOOD TEST OF TRUE FRIENDSHIP.