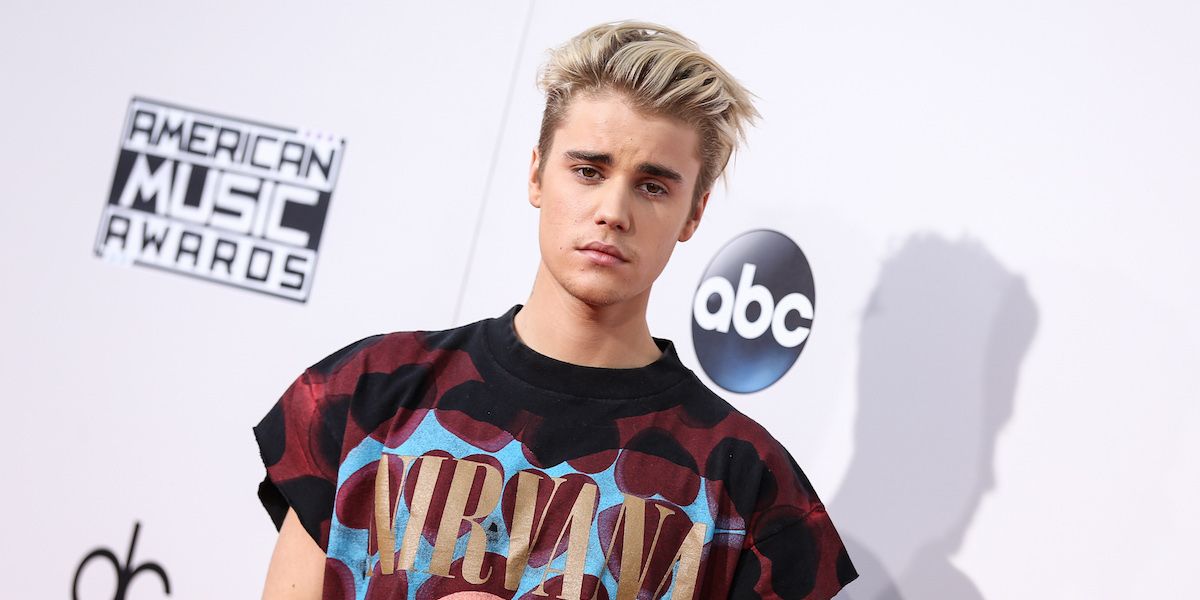 Justin Bieber Walks Off Stage In Protest Of Fan Adoration

At the Manchester, UK stop of his seemingly endless Purpose world tour, Justin Bieber attempted in vain to contain the hydra-like riptide of his own fame in his lil' palms. The singer, oppressed by the ceaseless screams of his surging, rabidly adoring audience at the Manchester Area in between songs, dropped his microphone and stormed off stage.

This came after Bieber lectured them on how their cries of love prevent them from sharing an authentic moment with him on stage--obviously, a holy commodity.

"I don't think it's necessary when I'm trying to say something and you guys are screaming," Bieber said.

In the beginning was the word...

This plea for reverence was met with chorus of boos--a pillar of thunder and wind, stretching down from the sky--broken only by the boom of the microphone as he dropped it to the floor, before disappearing into the darkness offstage. The jeering continued until he returned, telling the crowd of thousands that he's not trying to be an "asshole," adding, "I feel like I wanna connect with you."

That sounds like a frat guy named Garrett who just tried Molly for the first time.

My whole point of the no-screaming thing, is that when I'm looking at you in the eyes, you can actually know that we're having a moment.

I guess we'll never know what Bieber wanted to share with us on that vast stage.

Manchester, why are you so obsessed with me?