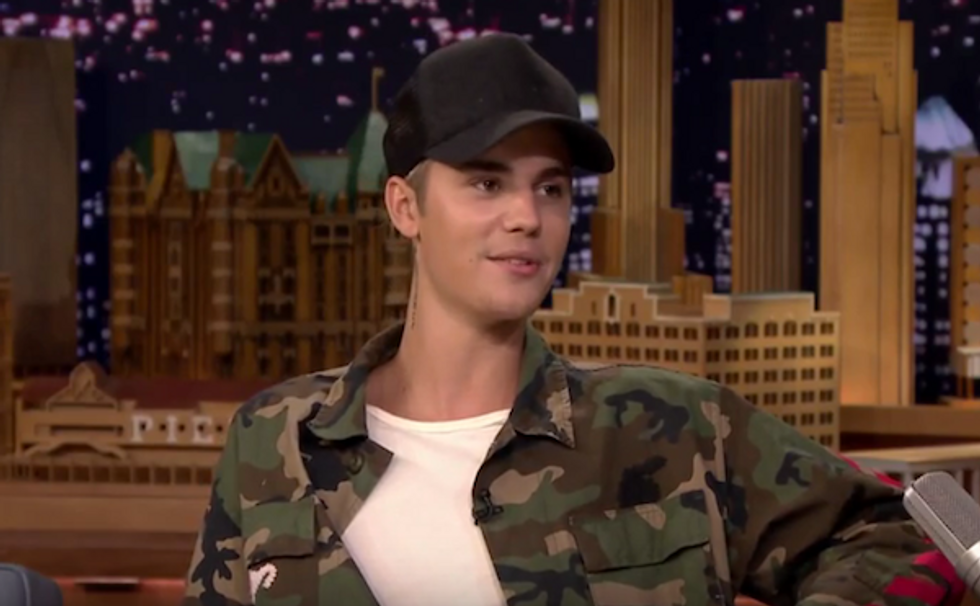 Justin Bieber Says Why He Cried at the VMAs, Reveals Album Release Date On Tonight Show

by Abby Schreiber
PAPERMAG
If you needed another reason to believe that Justin Bieber seems to be taking genuine steps to grow up, watch this clip of the pop star on The Tonight Show With Jimmy Fallon last night. He's poised, charming and humble and answers Jimmy's questions about why he became so emotional after his Sunday night performance at the VMAs. "It was so overwhelming for me" he says of that moment. "I wasn't expecting [the crowd] to support me in the way they did. Last time I was at an awards show, I was booed." He continued, "I've worked so hard on this album, I've worked so hard at becoming the man I want to become and stepping into situations, you just can't help but feel judged. I was just feeling judged and wanting to win so badly and wanting to do what I love so badly that I just put everything on the line...It was authentic." He goes on to discuss his youthful misbehavior ("I just had a bunch of knuckleheads around me") and at the very end reveals the release date of his still untitled new albun -- November 13th. Watch the clip below.