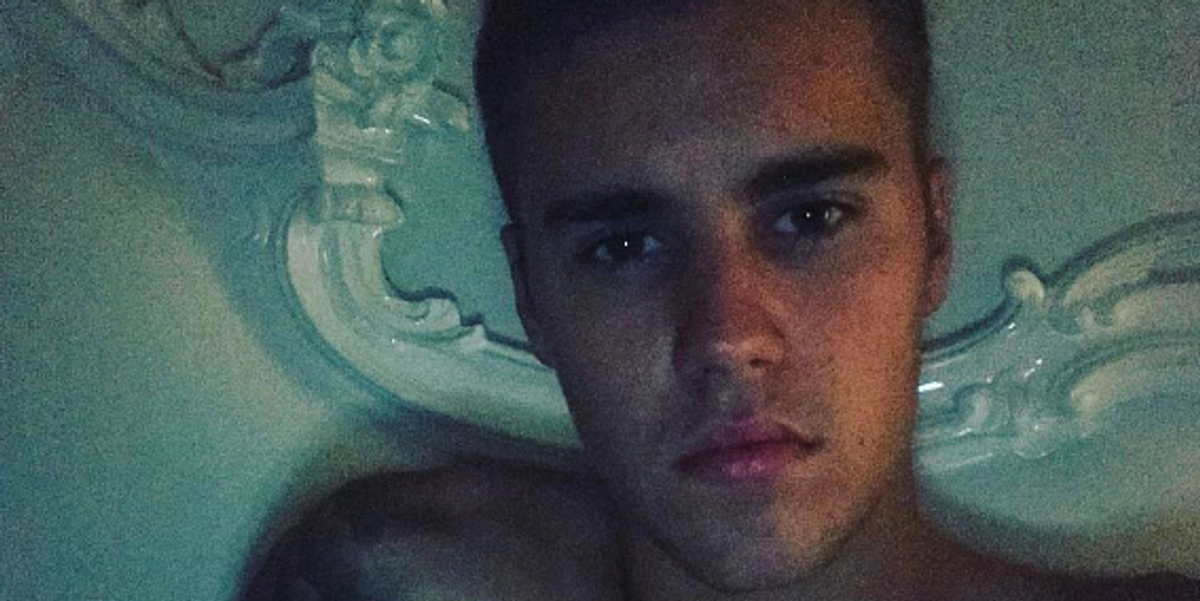 Celebrities. They're just like infants. Even when he doesn't intend to, Justin Bieber is always here to entertain and this time it's in the form of justifying why he looks like he peed himself in public.

When you pee yourself but you are Justin Bieber so you just don't care pic.twitter.com/yDzDY7KwEg
— booty (@jbieberdonuts) February 23, 2017

Bieber took to Twitter to explain the paparazzi shots, claiming he "got flowers" and "was driving" and "the water spilt on [his] dick area." I love that he said "dick area".

Someone got me flowers and I was driving, made a turn, and the water spilled on my dick area...Didn't bother me if it made ya laugh nice!
— Justin Bieber (@justinbieber) February 24, 2017

Justin has recently returned to Instagram, which is lucky, because the platform provided an outlet for him to share a side with Adam Sandler on Instagram who also probably "got flowers" and "was driving" when "the water spilt on [his] dick area." "Dick area", I just can't.

To this I say, believe what you want to believe folks, but the concept of Justin peeing himself in a pair of sweatpants does not seem entirely off base.

I think commenter 'Jlo.nana' said it best, reiterating we will always have lunch for Justin in spite of his public accidents: