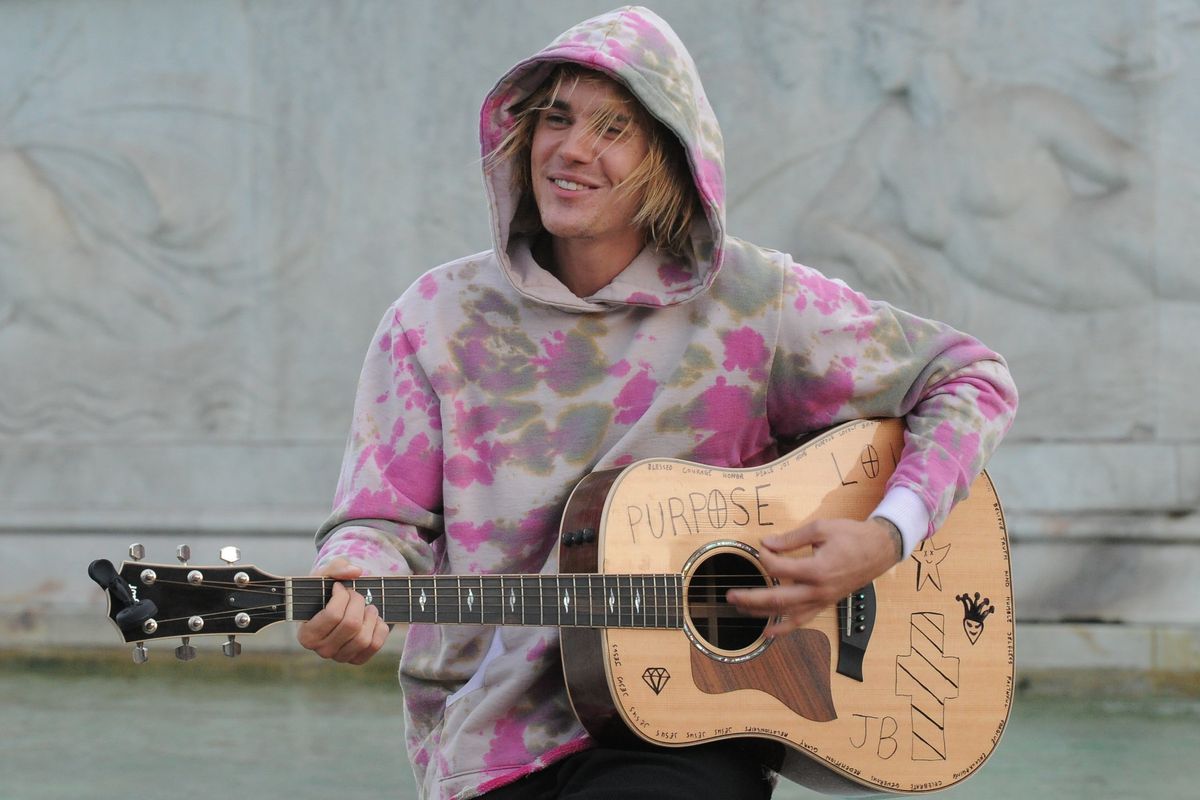 Today on Justin Bieber's Bizarrely Baby Boomer-esque Instagram: Justin is forcing his fans to beg for new music. The newly married musician posted that he's currently at work in the studio, but if Beliebers want to see his fifth album released before Christmas, they have to smash that heart button. He's aiming for 20 million likes.

"Share it, like it, post in your story, I gotta see the demand," Bieber wrote. "Love you guys pumped for it! I'm almost done but your support will make me move faster." He's currently closing in on 7.5 million likes, which is nowhere near the goal, but still pretty impressive. For reference, Instagram's most-liked photo ever (the infamous egg), garnered 25 million likes. In second place is Kylie Jenner's first photo of Stormi, which drew 18 million.

Beliebers are a powerful group of stans, but it seems unlikely they'll pull this off. On the bright side, it will be good news to many that Justin is recording new songs in the first place — last we heard he was taking a prolonged mental health break from music. Bieber hasn't performed live since the 2015's Purpose world tour, with the exception of a surprise appearance during friend Ariana Grande's Coachella set. (He drew criticism for lip syncing.)

Bieber has been highly active on social media of late, often using it to share news directly with fans. Earlier this month he jokingly crowd sourced suit ideas for his second wedding to Hailey Baldwin, and he also toyed with the idea of selling his LA house over Instagram. If you're not already following him, do it. Worth it for the extremely retro "nature is metal" memes alone.