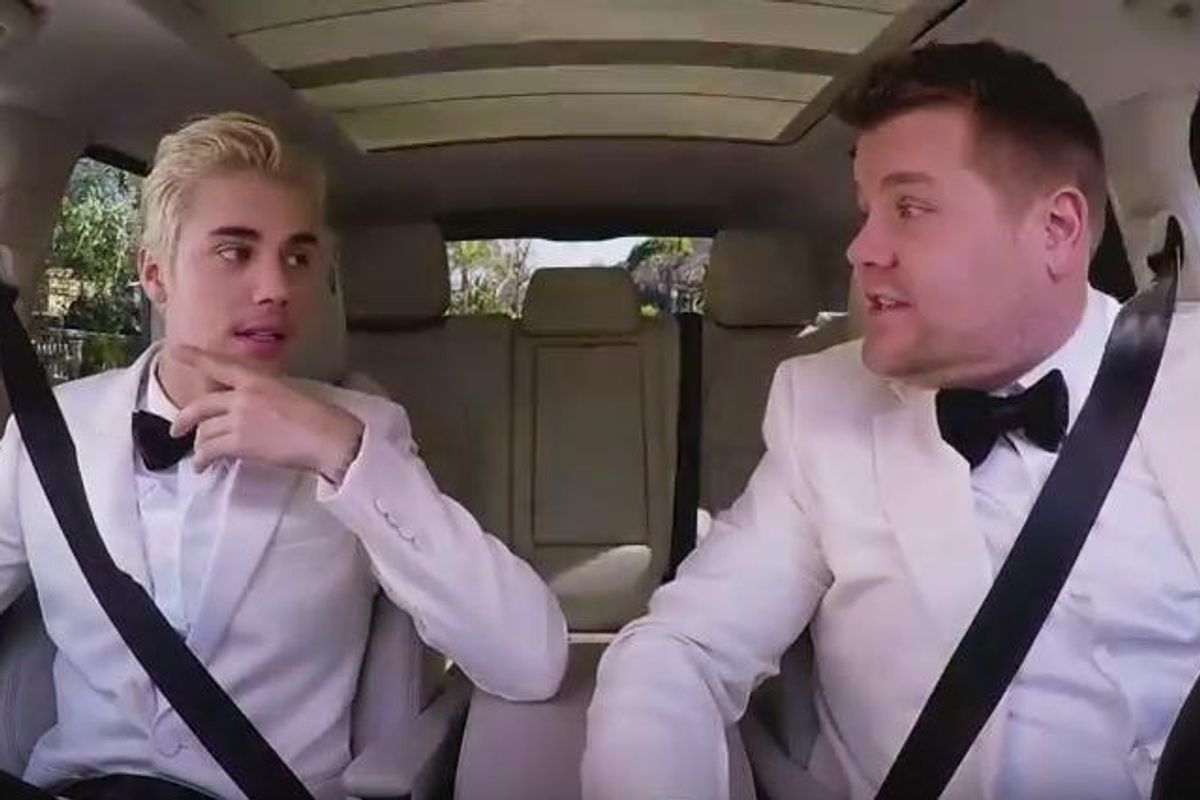 James Corden picked up Justin Bieber for a post-Grammys recap, and lip-sync sesh in the latest installment of Corden's Carpool Karaoke for The Late Late Show.

Clad in white tuxes, Corden and Bieber (who a Grammy for his collab with Skrillex and Diplo) banter about LL Cool J's imitable Grammys hosting prowess, Adele's moving performance of "All I Ask," before breaking into a choreographed jam-out to Bruno Mars and Mark Ronson's "Uptown Funk" (which one Record of the Year last night).

This never gets old.