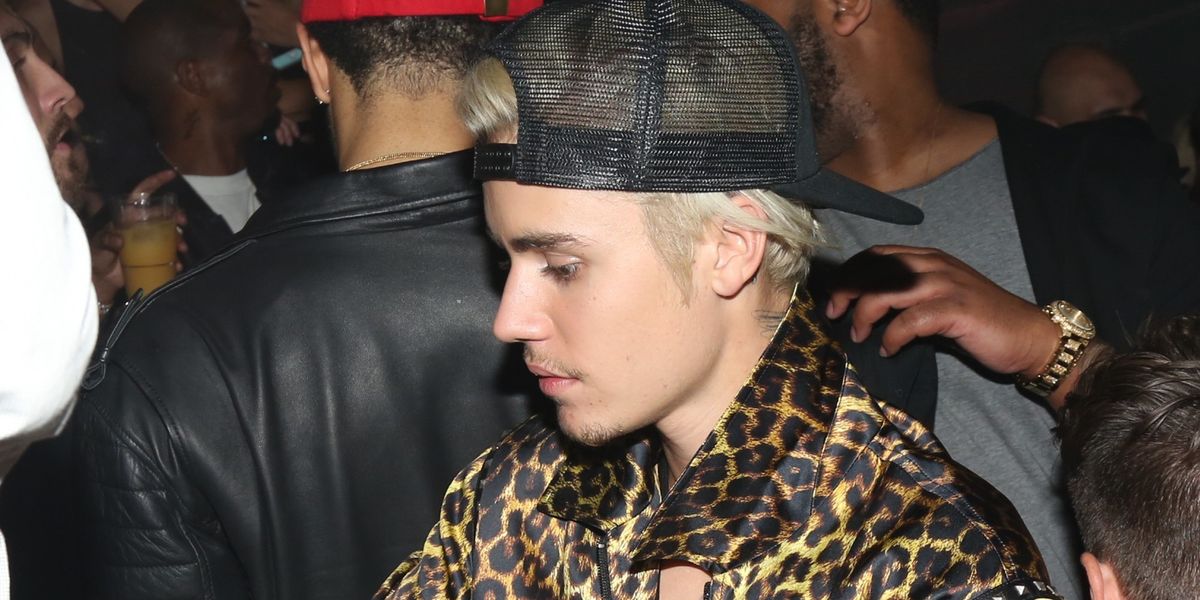 Justin Bieber Is Taking Care Of His Mental Health, So Why Are People Still Mad?

Love u guys.. I'm going to be canceling my meet and greets. I enjoy meeting such incredible people but I end up feeling so drained and filled with so much of other people's spiritual energy that I end up so drained and unhappy.. Want to make people smile and happy but not at my expense and I always leave feeling mentally and emotionally exhausted to the point of depression .. The pressure of meeting people's expectations of what I'm supposed to be is so much for me to handle and a lot on my shoulders. Never want to disappoint but I feel I would rather give you guys the show and my albums as promised. Can't tell you how sorry I am, and wish it wasn't so hard on me.. And I want to stay in the healthy mindset I'm in to give you the best show you have ever seen ;)

Earlier this week, Justin Bieber took to Instagram to apologize for no longer participating in fan meet-and-greets after his concerts, citing mental health reasons for the recent policy change -- but not everyone is having it.

How pathetic @justinbieber cancelling his meet and greet after people have paid. No respect given to people who have paid so much money.
— fayelouiseparkinson (@fayeparkinson) March 23, 2016

"I end up feeling so drained and filled with so much of other people's spiritual energy that I end up so drained and unhappy," he wrote in the heartfelt post. "I want to make people smile and happy, but not at my expense. I always leave feeling mentally and emotionally exhausted to the point of depression...The pressure of meeting people's expectations of what I'm supposed to be is so much for me to handle and a lot on my shoulders." After all, dude is arguably one of the world's biggest pop stars, which we all know isn't exactly a walk in the park when it comes to feeling the pressure. He's been on display, more or less, since he was a child.

And while the cancelations (obviously) sparked initial derision from the Beliebers who paid up to $2K for his pricy VIP meet-and-greet package, the general consensus soon took a turn for the more supportive, with fans flooding the tag with affirmations and plenty of encouragement to take care of his mental health.

@justinbieber always remember that your health and happiness comes before anything else so if you can't do the tour anymore then cancel it -
— mel (@drewssorry) March 24, 2016

We'll forever support you @justinbieber. No matter if you cancel the tour or not.Think about it; the real ones will stay. #CancelPurposeTour
— mina (@biebersbadgxrl) March 24, 2016

CANCEL THE TOUR IF YOU HAVE TO I ONLY WANT TO SEE YOU HAPPY AND HEALTHY PLEASE BE CAREFUL @justinbieber
— sam (@avonsangelvoice) March 24, 2016

Unfortunately though, many external sources have continued to lambast him for the move in the wake of his announcement, calling him " obnoxious" and writing headlines like "Justin Bieber Canceled His Tour Meet-And-Greets For This Upsetting Reason" -- which is pretty shitty considering that he could be suffering from very real mental health issues.

After all, taking into account that the Beliebers are notoriously enthusiastic (with some extreme fans even self-harming in his name), it's probably unsurprising that huge meet-and-greets can be overwhelming, draining, pressure cooker-esque experiences for Justin -- especially when compounded by existing emotional strain. So, who are we to judge?

Here's to getting better, Justin, and don't let the haters get you down.