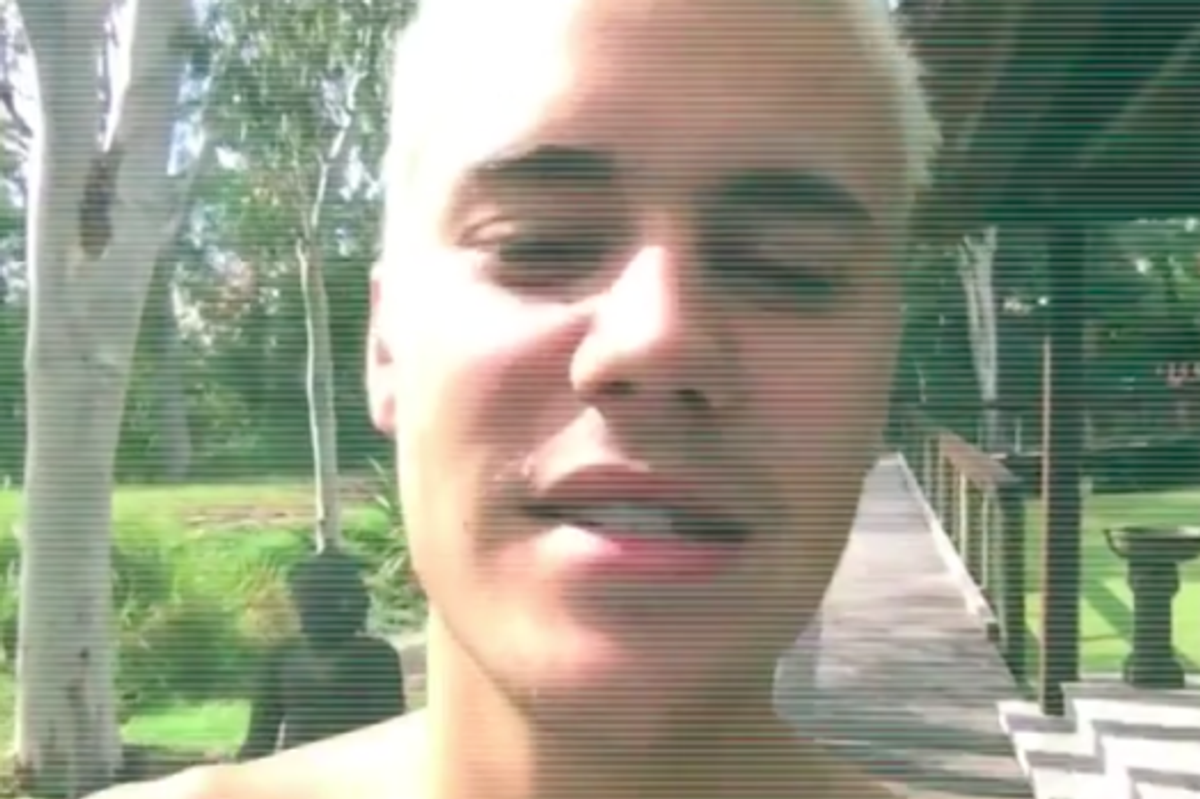 Justin Bieber is America's "Token Bad Boy" (even though he's Canadian), which means that, for the most part, he gets away with doing things most normal people wouldn't. Things like, I don't know, head-butting a restaurant waiter at a pre-Grammy's party or punching a fan in the face, seem to come and go if it's Justin who's doing them. And, speaking of fans, the "One Time" singer recently came under fire (again) when he was filmed yelling "Fuck you!" to a Channel 7 News cameraman who was asking that the singer give a hello to his Australian fans.

Apparently, Justin, who has spent the last two or so years trying to repent for his sins—going as far as to release an album called Purpose and a single that was, quite literally, called "Sorry"—wasn't enjoying the negative press attention coming from his little snafu because, a day after the video spread like wildfire across the internet, he posted a funny little video to Instagram in an attempt to clarify what really happened with the news crew at Queensland's Sunshine Coast.

If you've ever seen Summer Heights High, the Australian TV comedy series written by and starring the multi-talented Chris Lilley, Justin's video will send you into a fit of uncontrollable nostalgia-filled laughter. Stepping into the role of Jonah Takalua, the TV series' token troublemaker who had an affinity for yelling, "Puck you, miss!" to his teachers, Justin reenacted some of the character's best lines, including, "I was doing it for fun — you just didn't get that it was fun," and, "There's a difference between bullying and joking around! I was joking around!"

Though this still doesn't justify Justin's flippancy towards fans and cameramen, it is admittedly the perfect way to pay homage to the country that he's currently touring through. It's also scary how good his impersonation is—accent included. Was Justin Bieber secretly the one playing Jonah on Summer Heights High? We'll never know. Check out the video below. Jonah insists, "Watch MTV for once, sir!"