Last night, I braved a horde of internationals to check out the screening of Justice's wild new documentary A Cross the Universe at the IFC Center. Flanked by the French on my right and two gentle Brits on my left, the worldly crowd made for an attractive(!) one and I enjoyed the scenery while awaiting the visual madness to come. I was delighted by a pre-screening intro from Pedro Winter (the head of Ed Banger Records, Justice's label), who was clad in a green Santa sweatshirt and playing stand-up comic in a thick French accent whilst the controversial director Romain Gavras laid out the theme of the documentary: "it's about love and understanding of the Other -- your fellow citizens." At least I think that's what he said. Roughly translated, this meant a clash of COPS meets Girls Gone Wild and "America is a wasteland of booze, guns, and girls, but don't despair, because man, are we fun." No one was taking themselves too seriously here and the charming duo chainsmoked through a montage of hysterical events -- several arrests all provoked by their gun-toting/gun-obsessed manager, Gaspard's blacked out Vegas marriage (hopefully annulled), Xavier's madcap escapades through luxe hotels, frenzied shots of fans dancing into delirium, and much much more.

Unfortunately, I couldn't catch the now-proven debauched spectacle of a show afterwards (SOLD OUT SINCE BEFORE TIME). But I did graze Gaspard's signature leather bomber on the way out. Works for me!

Pictured above are stills from the film. 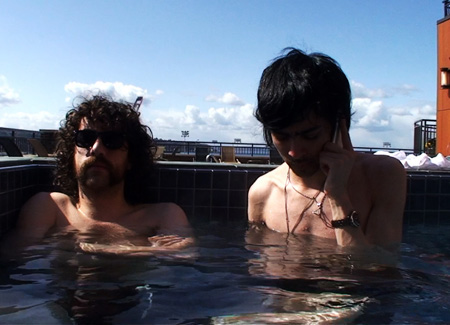 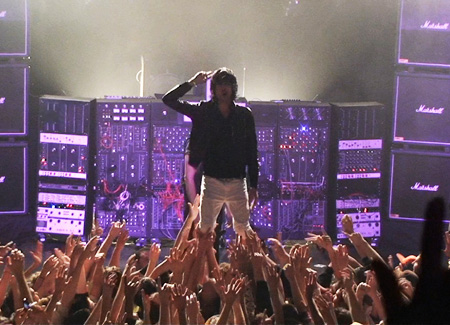 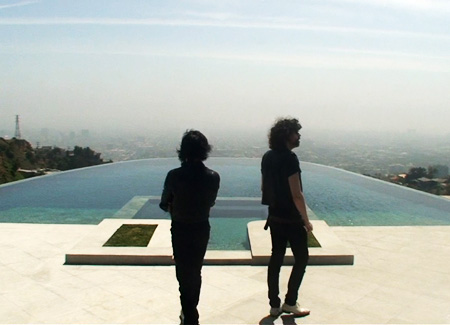