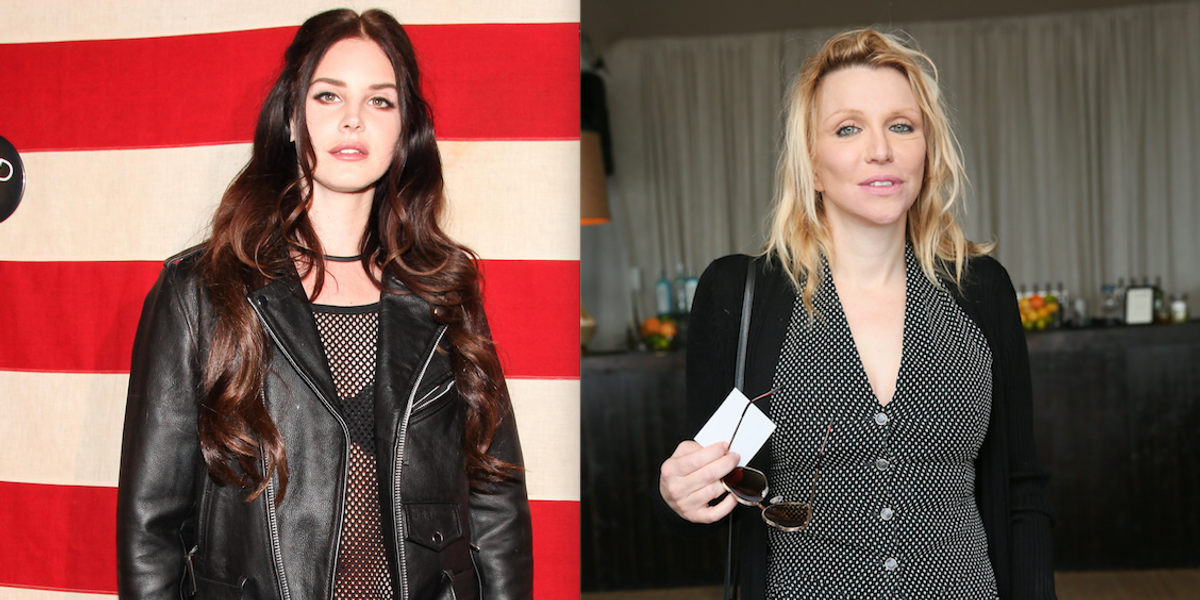 Just Like the Rest of Us, Lana Del Rey and Courtney Love Also Binge Shop on Etsy

Do you ever wonder what the rich and famous people that live in Malibu do with their (mostly) free time? With all that perfect weather, the gorgeous beaches with impeccably picturesque pink sand, and, of course, those majestic homes (don't forget that most of Big Little Lies was filmed in Malibu and not in Monterrey where the show was allegedly "set"), what could there be to do other than...you know...relaxing and enjoying how blessed you are? Well, as you might have expected, apparently those people don't do much of anything. In fact, according to a certain famous Malibu resident, life in Malibu doesn't get much more exciting than online shopping and overspending.

In a new cover story for Dazed Magazine, Courtney Love interviewed Lana Del Rey about everything under the sun—ranging from their mutual respect for songwriters like John Lennon and Leonard Cohen to the differences in the ways they were raised as children. But the most interesting reveal came when both singers admitted to having Etsy shopping addictions, further proving that celebrities, they're just like us!

After asking Del Rey whether she preferred to spend her time in Malibu or in town, Lana admitted that she loved splitting her time in between the two. When Courtney Love jokingly replied, "The only bad thing that can happen in Malibu really is getting on Etsy and overspending," Del Rey agreed. "Oh my God, woman... (laughs) Tell me about it. Late-night sleepless Etsy binges."

I wonder what the two of them are buying? Lana is definitely ordering custom flower crowns.