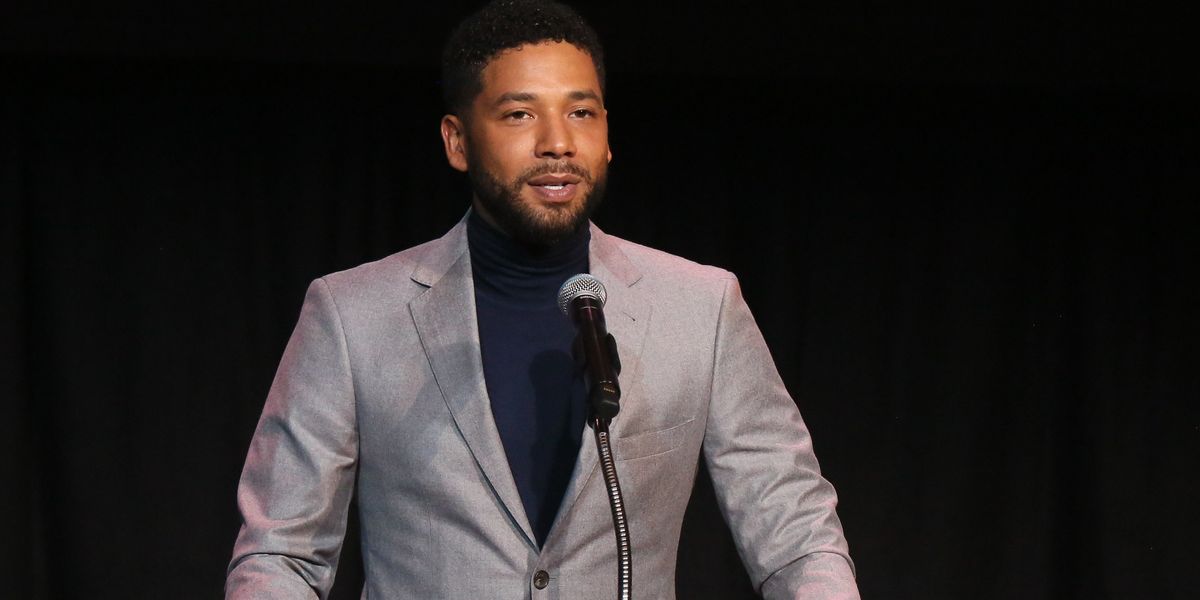 Jussie Smollett Is Back Onstage

Just a week after he was violently attacked by MAGA supporters, Jussie Smollett is back onstage. According to CNN, last night the Empire actor performed and gave a passionate speech about the incident in front of a 300-person crowd at Troubadour, a Los Angeles club.

Last Tuesday, two men in ski masks approached Smollett in a Chicago subway station and asked him "aren't you that f*ggot Empire n*gger?," shouted racial slurs, poured a chemical on him and tied a rope around his neck. The evidently racist, homophobic attack is currently being investigated by Chicago Police as a hate crime, though reporting on the attack using euphemisms like "racially charged" has drawn criticism.

"I had to be here tonight. I couldn't let those motherfuckers win," he shouted to cheers, according to the The Hollywood Reporter.

He told the crowd, that rather than hide, now is the time to be "Blacker and gayer," stating that he'll continue to lead and love, despite "hateful rhetoric" he's faced.

Smollett also took the opportunity to clear up a few inaccurate details that have circulated about the attack. He explained that he was bruised, but his ribs were neither cracked or broken, as has been reported.

He clarified that the term "hospitalized" isn't correct since he was driven by a friend, saying, "I went to the doctor immediately… I was not hospitalized." He also confirmed that he's not fully healed but is recovering well: "both my doctors in LA and Chicago cleared me to perform, but said to take care obviously."

"But most importantly, I fought the fuck back," he said defiantly, to more cheers. "I'm the gay Tupac."

Smollett's family was reportedly in the crowd, as he performed songs from his debut album, as well from Empire, on which he plays a queer musician.

Before singing "Heavy," a favorite from the show, Smollett said: "A lot of my Empire fans are here tonight. I'm very honored to be able to bring to life the character Jamal. The next song is from the show. It now has new meaning to me."

Smollett also released a statement to Essence last week, in which he emphasized "these types of cowardly attacks are happening to my sisters, brothers and non-gender conforming siblings daily. I am not and should not be looked upon as an isolated incident."