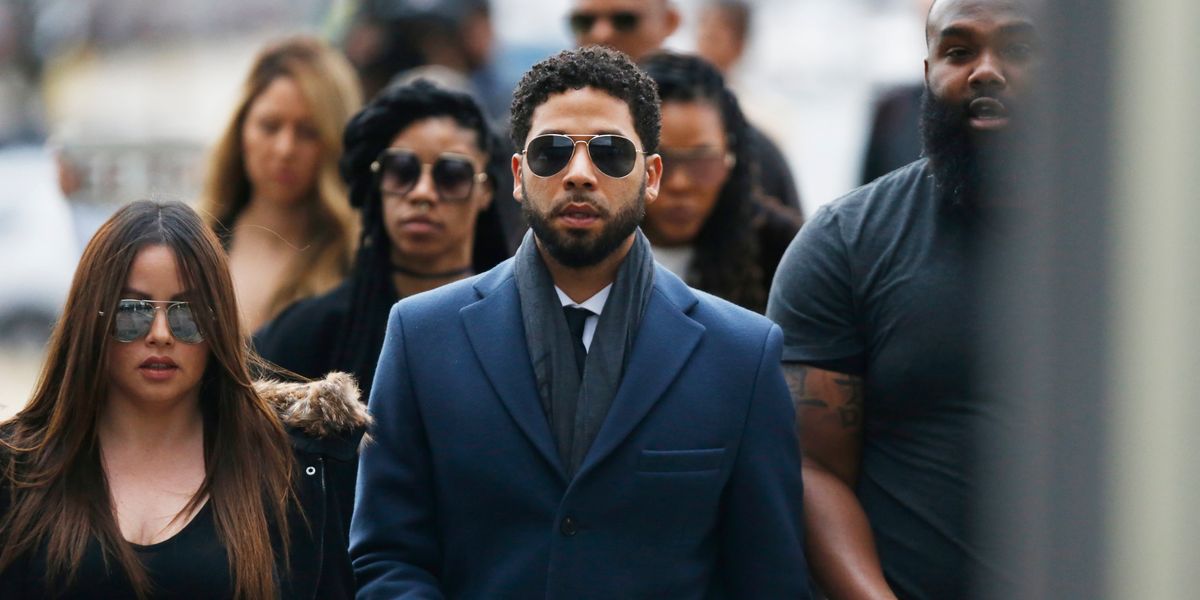 Jussie Smollett, who is accused of staging a racist and homophobic hate crime against himself and then lying to police about it, has pleaded not guilty in court today.

According to the Associated Press, Smollett's lawyer Tina Glandian informed the court on his behalf that the actor denies the 16 charges laid against him.

Prosecutors will argue that Smollett enlisted help from two minor Empire co-stars to help stage the attack, which occurred in downtown Chicago in January. Smollett received a huge amount of public sympathy when news of the incident first broke, especially as details emerged that his attackers beat and verbally abused him, then put a noose around his neck before running away.

While police initially believed Smollett's story and began investigating the attack as a hate crime, they arrested him three weeks later on disorderly conduct charges. Smollett posted $100,000 in bail, and has been laying low ever since.

In an odd coincidence of timing, Empire returned to TV last night. Smollett, who plays the musician Jamal Lyon on the show, will only appear in the first seven episodes of its fifth season.

The actor will return to court on April 17.