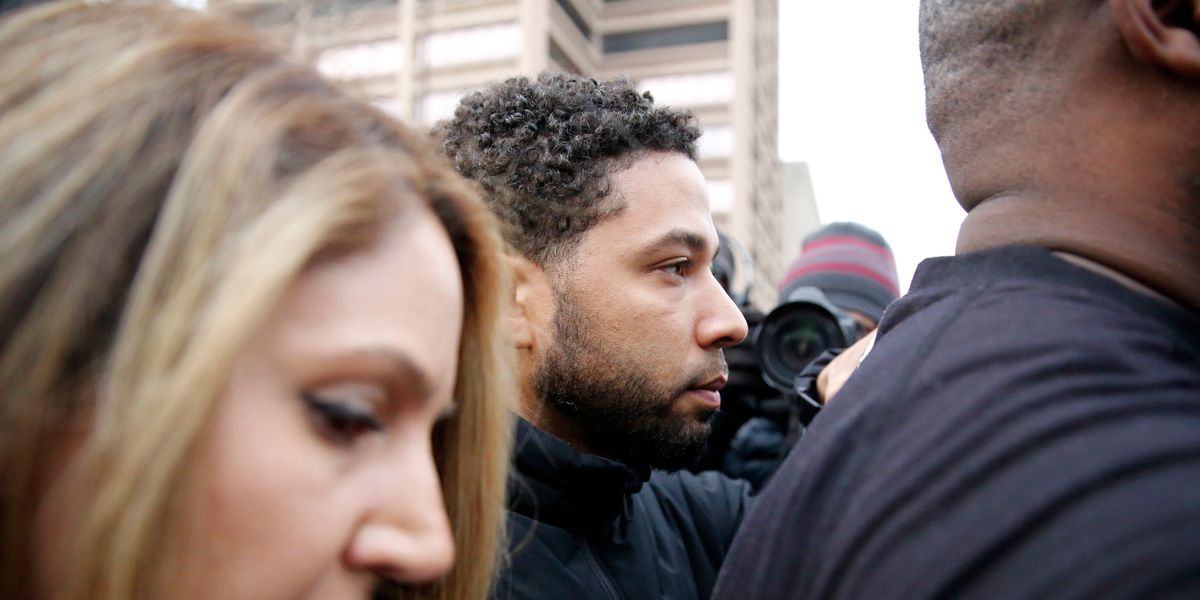 If you're curious as to how Empire will contend with the Jussie Smollett scandal (refresher: Smollett allegedly faked a racist, homophobic attack against himself, vindicating Fox News and likely helping discredit the legitimate claims of future hate crime victims), tonight's the night to tune in. Empire is returning to TV, which means screen time for Smollett's Jamal Lyons character.

Smollett will reportedly star in this season's first seven episodes, mostly filmed before the scandal broke, before being written out of the show — possibly for good. So we can officially start guessing how the Lyon family will say goodbye to Jamal. Is a dramatic death on the cards? Will he suddenly move to some faraway country where FaceTime doesn't work? Will they replace him with another actor? Always fun when that happens.

According to an interview between showrunner Brett Mahoney and Entertainment Weekly, the decision to remove Smollett's scenes was made before his arrest (but after the initial attack was reported), so it seems likely writers left the opportunity for a possible return.

"It definitely was an unexpected wrench to have to take the character Jamal out of those final two episodes, just because he is an important part of the show," Mahoney told EW. "But, luckily, we have such a strong ensemble and so many stories to tell."

It's a little sad, because Smollett's is one of the more interesting story lines — Jamal is an openly gay musician whose record mogul family members have struggled to accept him. He and his fiance Kai were also experiencing relationship issues when season four wrapped last year, so that's likely a focus in tonight's episode.

It's possible that the writers room was getting tired of Jamal even before Smollett was revealed as an alleged scammer — it's speculated that the actor realized his time on the show was running out, and staged the attack to raise his own profile. He definitely achieved that goal, but at significant cost. Smollett faces serious charges and is currently laying low after posting $100,000 in bail.