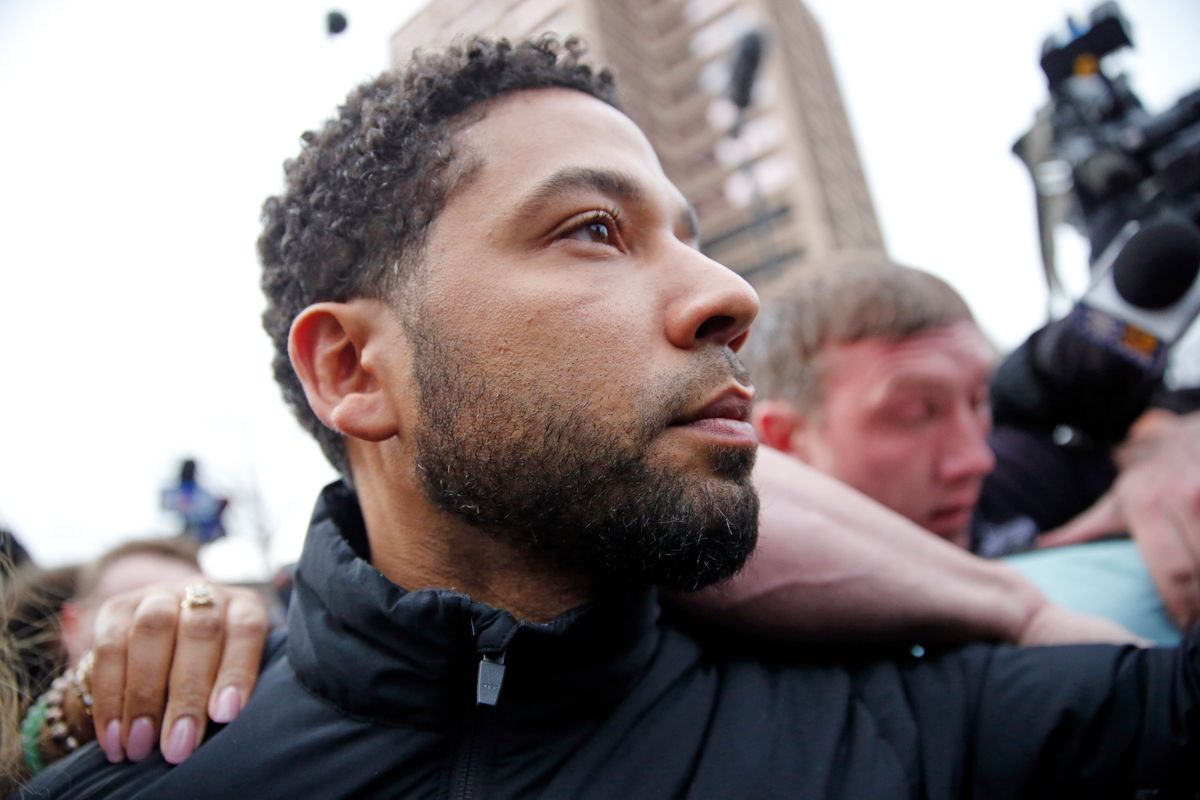 Jussie Smollett's Charges Dropped: 'He Was a Victim'

He faced 16 felony counts for staging his own attack.

Scandal-ridden Empire actor Jussie Smollett, who faced 16 felony counts for allegedly staging his own racist and homophobic attack and lying to Chicago police about it, has been cleared of all charges, TMZ reports. He will reportedly surrender his bond, which had been set at $10,000.

Addressing the public and press this morning following a court hearing, the State's Attorney, Kim Foxx said, "After reviewing all of the facts and circumstances of the case, including Mr. Smollett's volunteer service in the community and agreement to forfeit his bond to the City of Chicago, we believe this outcome is a just disposition and appropriate resolution to this case."

TMZ also reports that Foxx's statement is in line with the idea that, Smollett, if convicted of any of the 16 counts he was charged with, would only get community service. Foxx is thought to have dropped the prosecution against Smollett because he has allegedly already served his time doing community service. However, TMZ reports Chicago police feel as though something "untoward" is going on with Foxx and are "furious" with the decision.

"Today, all criminal charges against Jussie Smollett were dropped and his record has been wiped clean of the filing of this tragic complaint against him," Smollett's lawyers said in a statement provided to PAPER via email. "Jussie was attacked by two people he was unable to identify on January 29. He was a victim who was vilified and made to appear as a perpetrator as a result of false and inappropriate remarks made to the public, causing an inappropriate rush to judgment."

Related | Jussie Smollett Allegedly Paid His Attackers Up to $3.5k

They continue: "Jussie and many others were hurt by these unfair and unwarranted actions. This entire situation is a reminder that there should never be an attempt to prove a case in the court of public opinion. That is wrong. It is a reminder that a victim, in this case Jussie, deserves dignity and respect. Dismissal of charges against the victim in this case was the only just result."

Initially, case investigators suspected that Smollett wrote a $3,500 check to pay two men who worked on Empire to execute the attack. Threatening letters were also allegedly sent to Smollett by MAGA supporters Investigators believe one motive allegedly leading Smollett to stage his own attack was "because he was dissatisfied with his salary."

In February, Smollett gave an emotional interview to Robin Roberts on Good Morning America last month, in which he effusively denied all claims against him, and doubled-down that the alleged attack was fueled by racism and homophobia. "I have to acknowledge the lies, and the hate. And it feels like if I had said it was a Muslim, or a Mexican, or someone black, I feel like the doubters would have supported me much more. A lot more," the 36-year-old actor told Roberts. "And that says a lot about the place that we are in our country right now."

"It's not necessarily that you don't believe that this is the truth, you don't even want to see the truth," he added.