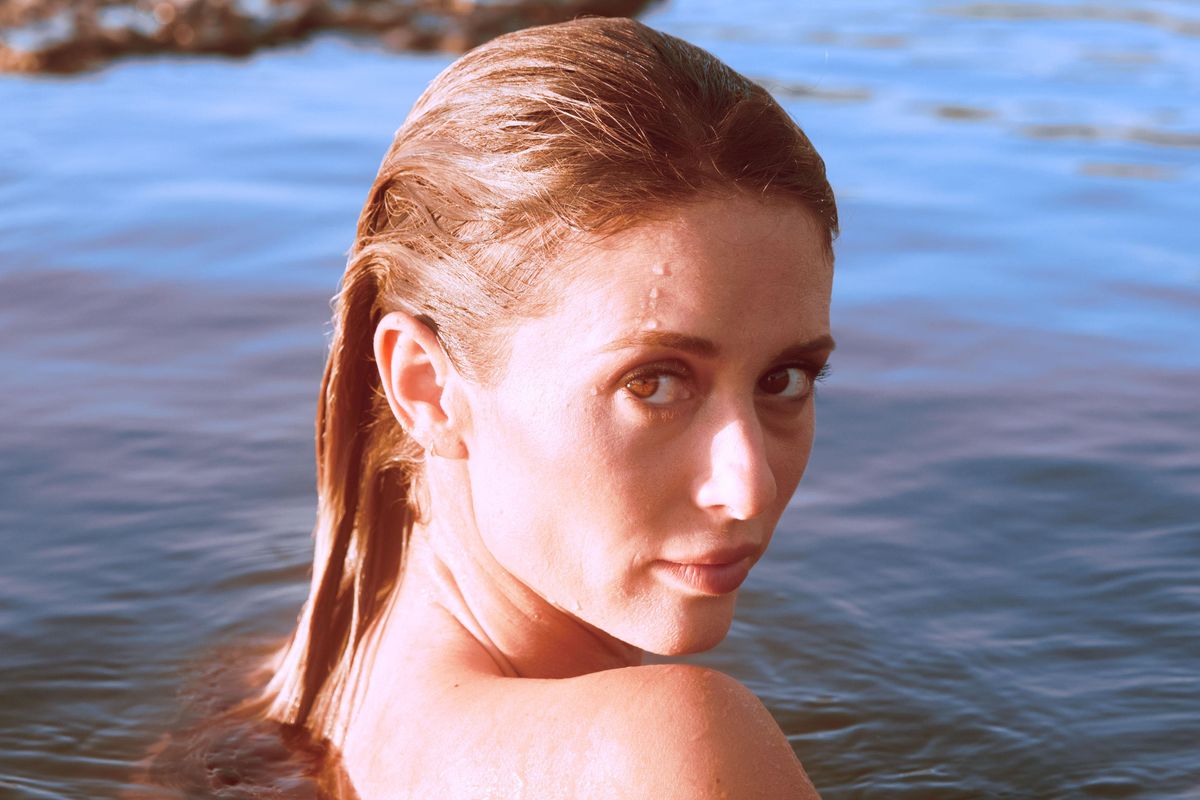 How LA Taught Julietta to 'Levitate'

Julietta floats into the recording booth and then walks across storm clouds. The pop singer, who hails from New York's Upper West Side, has transfixed a growing audience since the release of her debut single, "Beach Break", in 2017 and her first EP, Smooth Sailing, the following year. Now her game plan for synth-pop mind control has been revealed with her new follow-up project, Levitate, out today.

Before ripping the plastic off her latest, you should know a bit about it first. Two years ago, Julietta moved to Los Angeles from New York for a chance at rebirth, specifically wanting to "dive into something new but somewhat familiar," as she tells PAPER. "I got too comfortable in New York, it was too easy to hide my truth. Growing up in New York City I trained myself to jump into the city madness and out of myself when my life got to be too much, and New York made that so easy and fun."

Once she dropped her bags in the city of palm trees, Julietta learned to grow — musically and spiritually. And that's when Levitate was born: off the wish to achieve the next level of spiritual mastery. She released the title track to the project in 2020 and it's safe to say that now it's coming out, her journey is complete.

This song really captured my initial mood when moving: Empowered, excited, ready for change. I was singing to my life in New York, my family and friends. At the end of the day, all you have is yourself, others can't help you the way that you can. That was my mood that day.

It's such a fun energetic song, I can't help but perk up when I hear it. I wrote "Dopamine" with Sean Silverman and Jordan Topf in their East LA studio after having a session with a healer here in LA. The healer revealed something in me. He explained why I am so addicted to my darker side in a way that finally felt relatable. He told me that the reason I get a thrill in doing things which are harmful to me is because I left my innocence in the painful memories. The little girl that I was before my innocence was "lost" hides in the painful spaces within my heart and mind. I lost that innocence so young that I became accustomed to chasing feelings in the most dangerous ways as I got older. I chase it through spikes of dopamine. That blew my mind and made so much sense, he helped me open my heart in ways I wasn't able to before. I'm grateful for him.

What a fun song to write! My best friend Jack Goodman, who I lived with at the time, had a studio in his room. We write a lot together, and since it was also my home I felt so comfortable and free. "Ghosted" captured that vibe. One Saturday morning I rolled into his room with my PJs on after hearing the sound of that sick synth line and I was like, "Yooooo can I get on that?!" and there it was born! It was a fantasy song — an homage to my old ways of dissociating and running away. The lyrics and melodies just flew out of me.

That fall [in LA], there was a restricting feeling lingering over my body and mind. A frustration with intimate relationships gone sour and side jobs feeling soulless. I felt trapped. I ran to my friend's Venice Beach garage where he has his studio, surrounded by both nature and the ocean and, desperate to get my feelings off my chest, I wrote this. I opened myself up, reminding myself that no matter what happens, life will go on and I will get up again, as I always do.

I met a friend named Jake Weary, who is an amazing producer I know from New York. We started messing around with some sounds, and created a really cool loose and trippy world. I was feeling nostalgic, missing my family and home. I still hadn't visited since I moved. I got on the microphone and this song came out so naturally, it was like I was having a conversation with myself. It was a reminder to loosen my grip, the tendency to control. Life in LA was still relatively new, even though six months had passed. I was still unsure of where I belonged, other than my bedroom. My subconscious was encouraging me to keep moving forward, continue letting go of my story, to fall apart. Only then could I meet myself on the other side.

"Not Today", with Dustin Atlas

I was still on this high of everything being new and exciting. It felt so right. I was sure, there's no way I would ever go back to the bottom now. I had a new understanding of being with myself away from everyone and I was so excited to continue exploring it.