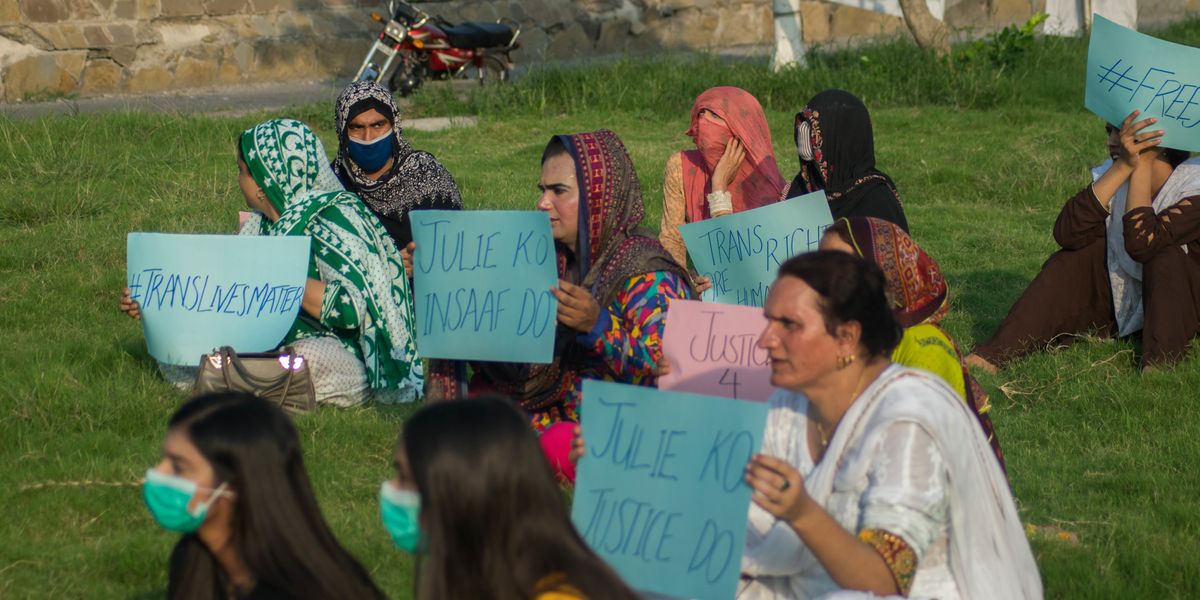 Why #JusticeForJulie Should Be Trending

On Sunday, August 16, members and supporters of Pakistan's transgender community gathered outside of the National Press Club in Islamabad, Pakistan to speak out against the unlawful arrest of prominent trans-activist, Julie Khan.

Arrested on August 10, Khan's detainment has been condemned for not only consisting of transphobic treatment, but also for being unwarranted. This has since sparked the hashtag #JusticeForJulie on social media.

"It is a life threatening situation for her," said lawyer Hassan Niazi in a statement to Independent News Coverage Pakistan. "She has no support. She is only alive right because of her being famous on social media."

Khan is one of Pakistan's most well-known critics of transphobia. She's frequently spoken out against violence and abuse towards the country's trans community, with her popular "Naked Truth" video series going viral earlier this year.

In 2016, she was assaulted by men on camera in a video that went viral before the culprits were later arrested.

Khan was violently arrested for falsified charges, without a warrant, by Islamabad Police. She was reportedly offering moral support for a friend in the middle of a legal situation and was detained soon after.

Now, Khan is in danger and currently being held in the men's section of the Adiyala jail. Since being detained, she hasn't been able to meet her lawyer or her family.

"The role of the police has been humiliating during the arrest," said student Ahmad Abdullah at Sunday's protest. "I condemn how the justice system fails trans people again and again despite the fact that Pakistan has some of the most progressive trans laws. I'm proud to stand here as Julie's friend and a trans activist."