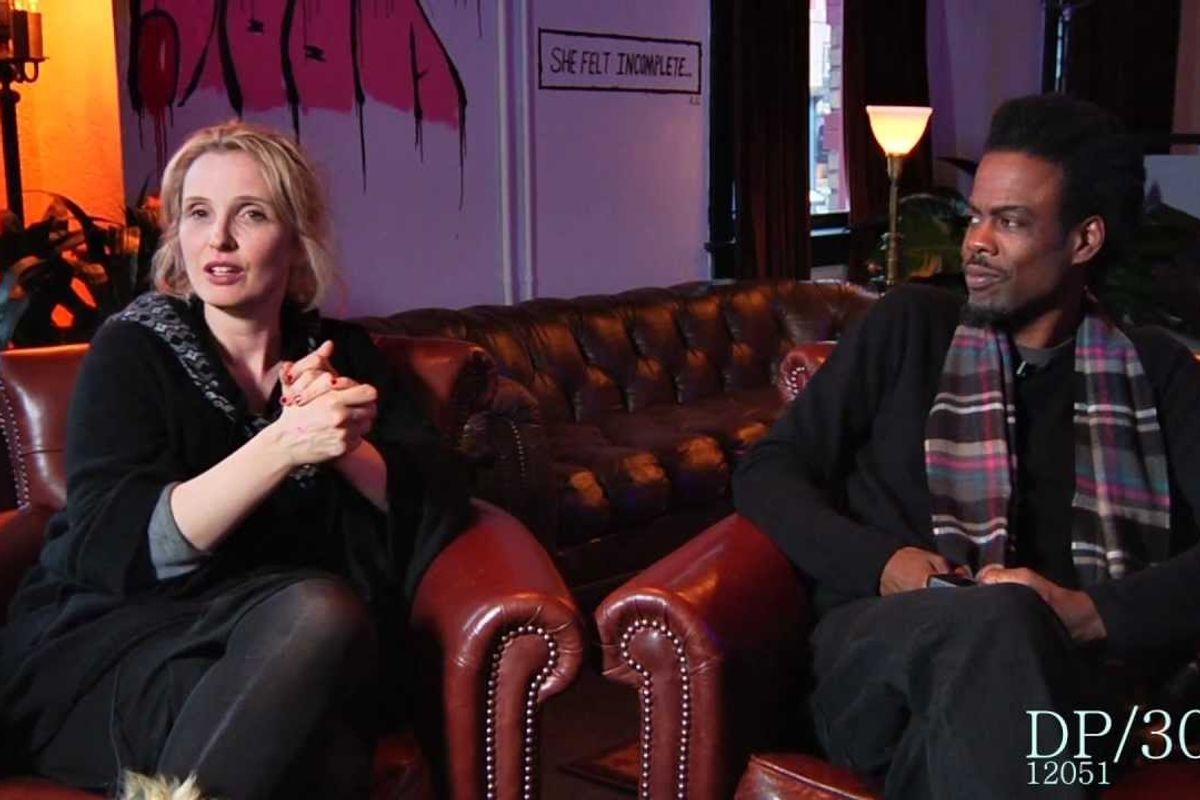 Now Julie Delpy Has An Opinion On The Oscars Whitewashing

The current dialogue about the lack of diversity in the Academy Awards nominations is urgent, enlightening, and necessary. But, man, is it bringing out the worst in a lot of seemingly-cool white people.

First, we had Charlotte Rampling and Michael Caine chiming in with some tone deaf foolishness. They're from another time, which sort of helped to make sense of their insanity.

But the latest clueless contribution comes from an unexpected source: Julie Delpy.

During an interview with The Wrap at Sundance, Delpy pointed out that she criticized the lack of diversity in the Academy previously: "A few years ago I said something like that - like the Academy being very white male. Which is the reality. And I was slashed to pieces by the media and stuff….it's interesting that women can't talk."

However, what began as a perfectly valid critique of the way women are frequently silenced when they try to call out sexism took a turn when she quipped, "I sometimes wish I was African American, you know, because I think at least people don't bash them afterwards when they say something about the reality, which is that we live in a xenophobic environment."

While Delpy does, at least, acknowledge the reality of racism and xenophobia, the idea that the people of color speaking out haven't been criticized - and that it's harder to be a white woman than a person of color - is pretty far-fetched. We love you, Julie, but you should check out Twitter and get back to us.

Jada Pinkett Smith has made one good movie. She needs to STFU. Will has maybe 4 good movies and a shit load of stupid shit! #OscarsSoWhite
— Huguette Stein (@HuguetteGets) January 19, 2016

That movie "Chiraq" Spike Lee made was piss poor terrible and stupid in my opinion. Focus on the good not the bad smh
— Everything 4 Sephar (@MJTrey4) January 21, 2016