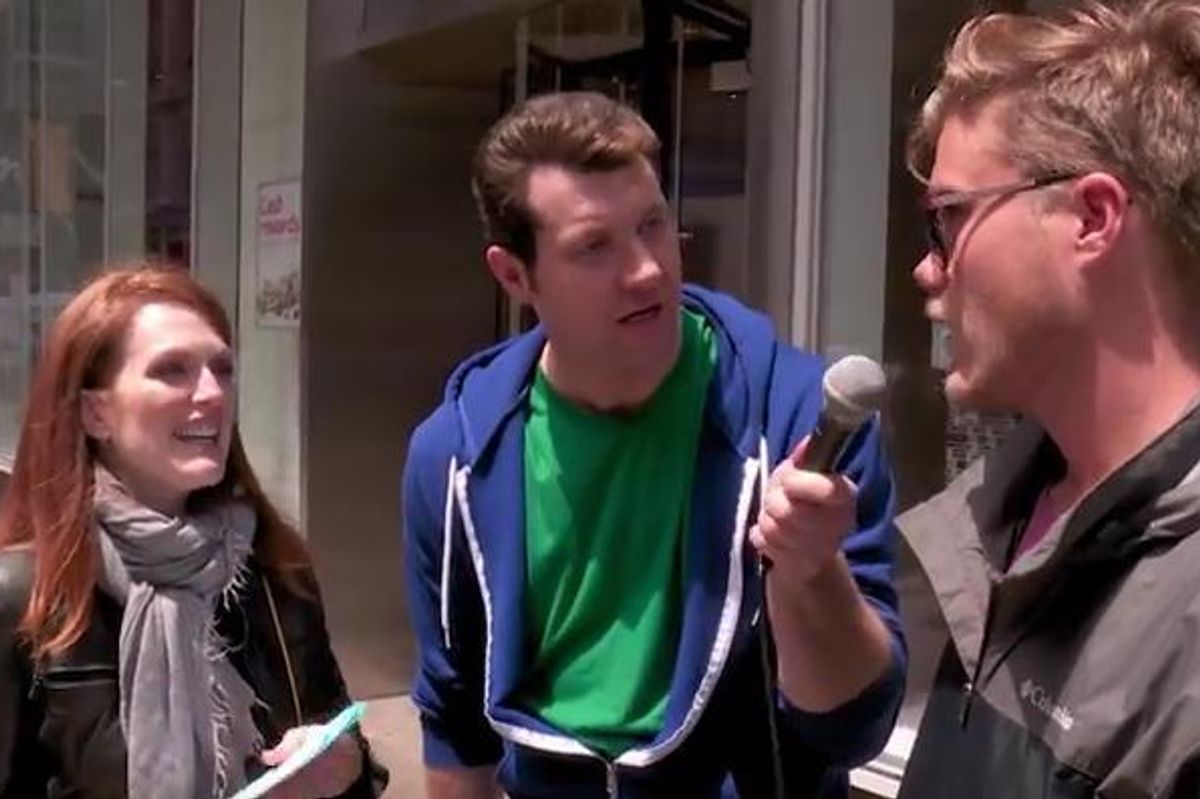 Billy Eichner's 4th season of Billy On the Street has already taken it to the next level (just see the Maggie Gyllenhaal balloon in his version of the Macy's Thanksgiving Parade for evidence), but Mr. Eichner continued to go there by enlisting Oscar winner and angel of tearful divinity, Julianne Moore, for the show's upcoming episode this Thursday.

Playing the game "The Julianne Moore Acting Attack!" Julianne unleashes the fury of her rapturous talent on the tourists and assorted ghouls of Times Square, performing some of her most famous movie monologues for $.

Some of the films include The Kids Are All Right, The Big Lebowski, and, of course, Ms. Moore's triumphantly profane "pharmacy scene" from Magnolia.

Billy even gets Julianne to cry on demand for one particularly confused (and concerned) tourist, because no one cries better than Julianne Moore.

"Why are you crying?" he asks.

"Cause she's an actress! Comfort her!" Billy responds.

The power of acting!

The power of Julianne Moore!