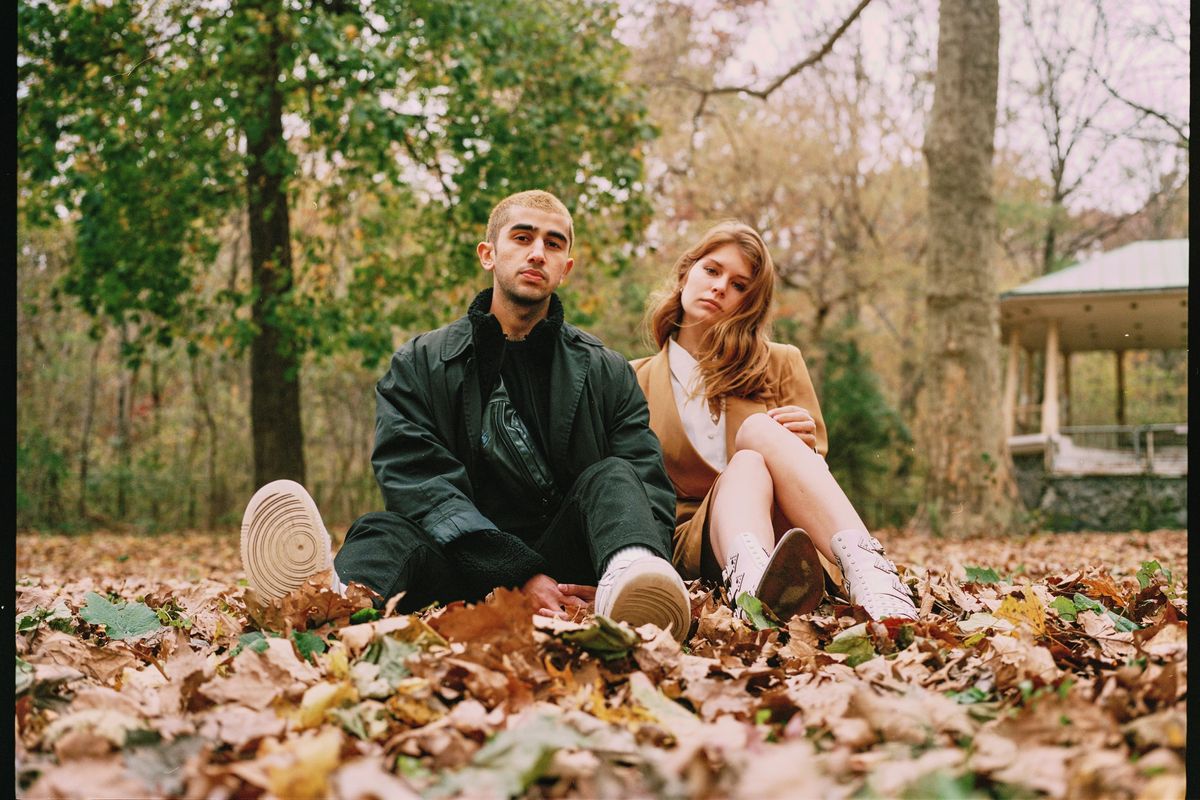 Rising pop artists Juletta and Ishan have released a touching new video for "Airborne," an emotional track that features a Josh Charow-directed visual inspired by themes of aging and collective lineage. This is their latest collaboration that appears on their recently released album, If I Never Hit Land.

Related | Ishan Made a Better 'Closer by The Chainsmokers'

In the video, Juletta dances with an older woman, presumed to be either an older version of herself or her grandmother, and walks her through a building while images of her floating underwater are shown. Juletta explains to PAPER one of the visual's many meanings. "I love how there are a bunch of different ways to read this video — originally it's based on the story from the first song on the album, 'But Judi, Everything Changes,' about a time where I watched my Grandma get knocked over by waves," she says.

Juletta also talked briefly about what the song means, which is practically just giving up control. "'Airborne' is really about surrendering," she says. "When I let go of trying to control the outcome of something and instead focus on my input only, that's when I'm most aligned with myself and happiest. In any situation, you get to choose whether to be landlocked or airborne, tumbling to your death or literally flying for fleeting seconds."

She continues, "I've always been fixated on skydiving because I'm terrified of planes, and this particular image of falling out of a plane was stuck in my head ever since I had flown home to California for the winter. When I'm on a plane, I obsess over trying to control the situation, through superstitious habits like drumming my thumb on my Saint Christopher, or planning x,y and z escape routes in case something happens. It gives me some sense of control over the situation, but it also reinforces a bad ideology that I am responsible for everything I encounter. And it's not just when I'm on planes."

Juletta and Ishan released If I Never Hit Land on October 16. The LP, inspired by "real stories that Juletta collected from over 30 women over the past two years in New York City," also has a cool interactive website that explores its creative process.

Check out the PAPER premiere of "Airborne," above, and stream If I Never Hit Land, below.