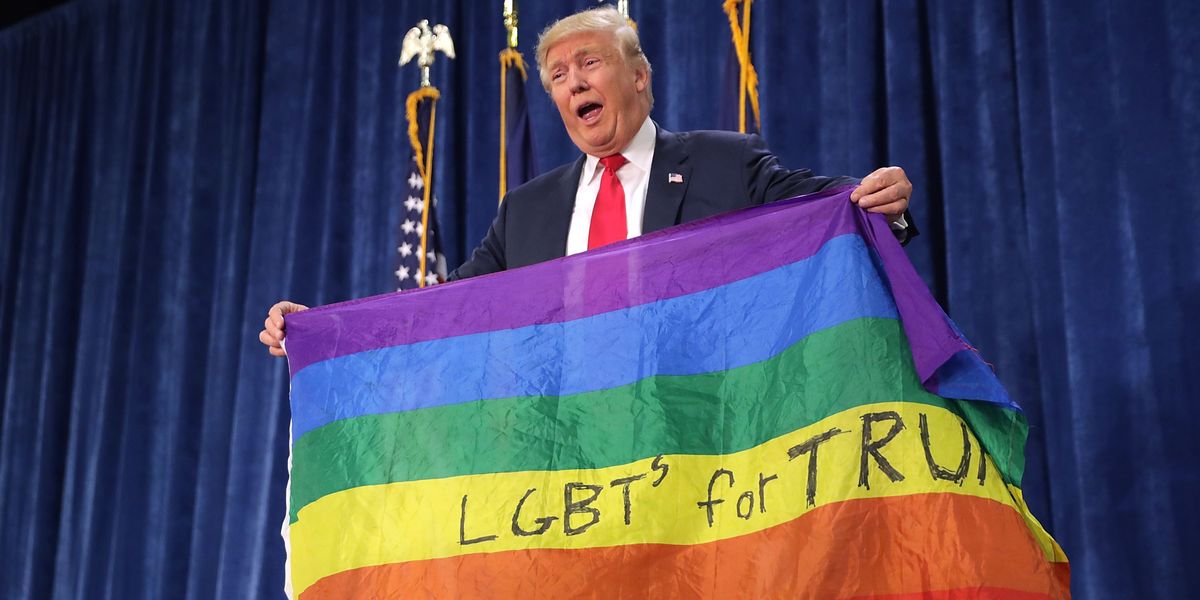 A federal judge in Washington, D.C. moved today to block the Trump administration's ban on transgender people serving in the military.

Judge Colleen Kollar-Kotelly held that the plaintiffs in the case against the ban "have established that they will be injured by these directives, due both to the inherent inequality they impose, and the risk of discharge and denial of accession that they engender."

She blocked provisions related to accession and retention directives -- meaning directives having to do with recruiting and retaining military personnel. The federal government had argued that the lawsuit was premature because the Trump administration's policy is still subject to review.

In July, Trump tweeted that he would ban trans people from openly serving in the military, saying the military "cannot be burdened with the tremendous medical costs and disruption that transgender in the military would entail." (Research suggests those costs are small).

In August, the White House revealed its actual policy beyond Trump's tweets. According to the administration, the ban would effectively take the military back to the era before 2016, when trans people could not serve openly in the military. The policy also prevented the military from paying for gender-affirming surgery, with few exceptions to "protect the health" of those who were already transitioning.

The new motion from Judge Kollar-Kotelly blocks these policies from going into place. As a result, openly trans troops may be able to join the military in 2018, and though the decision won't force the military to pay for gender-affirming surgeries, interim policy by Secretary of Defense James Mattis already has the military paying for those expenses.