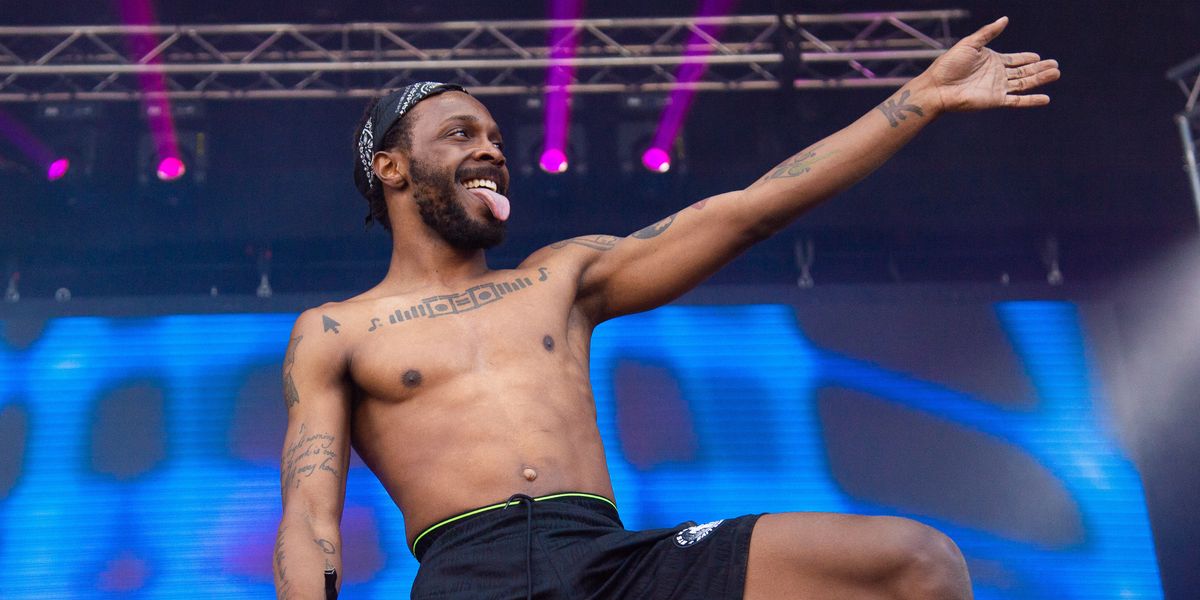 In recent months, JPEGMAFIA has fueled interest in the follow-up to his breakout album, last year's Veteran, by calling it a "disappointment" online and in interviews. The experimental rap provocateur now wants you to know that this disappointment has a release date.

Related | 50 Photos That Show the Power of Afropunk

The excellently titled All My Heroes Are Cornballs arrives September 13, and the album's official first trailer is here. In it, find everyone from James Blake and Wilco's Jeff Tweedy to Flume and Sasha Spielberg of Buzzy Lee talking about how horrible it is. Let's hope they are co-conspirators in the horrible album's final product.

Beyond Peggy's recent single (also excellently named), "Jesus Forgive Me, I Am a Thot," there is no music for us to judge for ourselves, but Parker Corey from Injury Reserve calls the album "Kamala Harris rap," while Blake says after hearing Cornballs, he no longer wants to know Peggy. Everyone else in the trailer just calls the album some variation of garbage! Well, this is certainly one way of promoting new music.