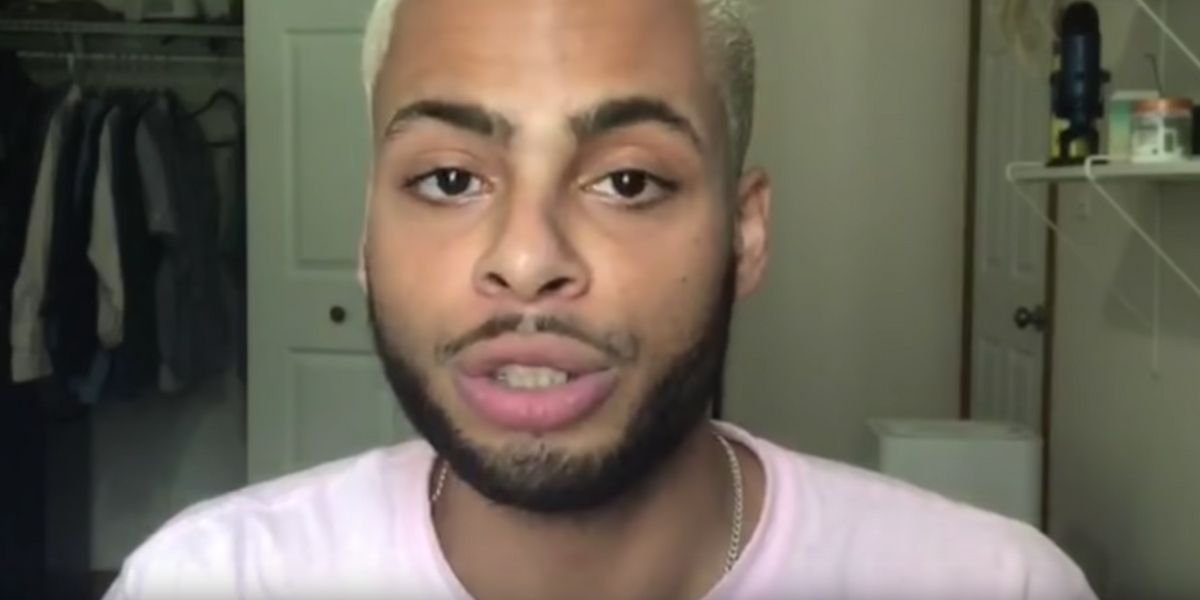 Earlier this month, Internet content creator Jovan Hill was the subject of a profile in The New York Times — a worthwhile read for anyone interested in the current economic dynamics of influencer culture. However, not everyone on the Internet was pleased with The Times' spotlight on Hill's ingenious marketing techniques, namely a New York Post piece titled "Millennials Are Paying Thousands To This 'Digital Beggar,' An Unemployed Pot Fiend," which lambasted the social media star as an arbiter of "whingentertainment" — a personality selling a "blend of performance, oversharing and woe" to a generation that is "notably stingy," per several hackneyed and contextless statistics about millennials living at home.

Unfortunately, the negative press kicked off by The Post's outcry has continued to proliferate itself amongst sites like BroBible and The Daily Mail via one-sided aggregation, racialized projections, and tepid rallying cries against millennial culture. Thankfully though, as a seasoned Internet user (he did grow up on 4chan, after all), Hill isn't letting it get to him too much. But in response to the flurry of negative press, we decided to speak to Hill himself about The Post's piece, what the reactions have been like, and the nuances of influencer culture — not to mention what exactly is missing from the narrative-at-large. Read our conversation, below, and maybe ask yourself where The Post's Logan Paul piece is.

What was your initial reaction to The New York Post's piece?

Then I saw the other articles... And I was just like, "Well I guess this is just going to keep happening for a few more days," and it has been. But I'm mostly taking it like, "Whatever." My followers know that's not really the narrative, so I have no idea where it even came from. They're very unbothered by it.

Have you gotten any sort of negativity outside of your followers though?

Oh, yes. I've been getting hate comments all up and down. I had to turn off comments on my Instagram from the people that don't follow me. I've been getting LinkedIn, Facebook, random emails. I don't understand why they're so upset. I had no idea what I was doing was unique or interesting... But people are very upset, and my followers think that's funny. For me though it's like, they don't have to deal with it... But it's still been more stressful than I thought.

I mean don't a lot of influencers use the same techniques as you? Like, you're definitely not the only one who does the whole donation, Patreon thing. But do you think The Post's reaction would have been the same if The Times had profiled someone like Ice Poseidon — who they also mentioned in the piece?

Absolutely. My popularity in general has always been an issue with a lot of people, because I'm not white. I know that's absolutely, without a doubt, a big factor in so much pushback — because I'm not a white man. They don't think I deserve the popularity, so of course they don't think I deserve the money I have. I think if I was a little white boy with blonde hair, blue eyes, and a cute little story, it definitely would be a much different narrative. It would not be anything like this.

I think it's very common to call a Black person like... The whole poverty narrative is beautiful. They love that whole idea of [it being] a poverty angle versus it being, "No, I went to school and no one can make this work." I mean, I'm not complaining though, because my followers and the money has not gone down at all. It's like whatever.

"My popularity in general has always been an issue with a lot of people, because I'm not white [...] If I was a little white boy with blonde hair, blue eyes, and a cute little story, it definitely would be a much different narrative."

Right. It's kind of weird though, because like I feel like it's a pretty well established fact also that, Black queer people specifically run the Internet. Yet there's still this racialized double standard in place — like the comments on these pieces have had a real undertone of "lazy welfare" bullshit too.

Oh yeah, they seem [to think] I should go out there and work. I made it very clear though that I made more money doing this than I was working a 9-to-5. Isn't that the whole capitalistic goal, the American dream, and all that? It's so backwards to me. Somehow I'm a leech, but it's like, no one is forcing anyone to do this. It's not coming out of your taxes. Why are you so upset? It's just ridiculous.

Yeah, I also think it could be argued that people give you money because you're entertaining. You give them stuff to think and talk about like any other media personality — you didn't come up through traditional channels.

Yeah, I'm not a true [personality in the traditional sense]. I'm not some celebrities in my connections or I don't have some celebrity endorsing me. I came out of nowhere. I think they don't care for that either. But if anything, I didn't really come from nowhere. I've been on the Internet for almost 10 years now — doing my own thing.

I think because people know that I'm not broke or I made this into an actual job... I think it's definitely envy and jealousy. But I don't understand that either, because I feel like I gave you the formula right there in the article. There were no secrets. Everything was so transparent.

Yeah, it's kind of funny. I feel like you should just give them a big "fuck you" and start charging for like an online course in "influencing."

That'd be funny. I've actually been considering making some videos on how to be famous online. That's what everyone asks me. It's like, "How do you be famous?" but I don't even know what that means. I'm still sitting in my bedroom every day.

"People demand I still make all these posts and stuff, and that should be free. They're like, 'Why do you make money from this content?' But they don't mind consuming it."

Not only that though, but The Times piece also explicitly said that you use the money to do things like pay your rent and help your mom. That's all just in addition to weed, but people just decided to focus on the weed stuff. Why do you think those other components got completely glossed over though?

I know. I'm not only here going on vacations and spending this money on Gucci or something. I'm literally living my life. I mean, that's pretty much my goal with this stuff. I really don't understand why there really is such a huge focus [on the weed] either... I definitely thought that would be one of the least problematic things in the article.

Do you think it goes back to the whole racialized double standard thing?

Yeah, I absolutely think it definitely is racialized. Because like two months ago, there was a piece on the yoga moms who smoked and everybody loved that shit. Like these little yoga moms and all the bohemian stuff — that's so cool. I smoke weed because it helps with my mental issues, and they're like, "Go get pills." That's crazy to me.

Go get pills? I think that's maybe the worst fucking thing you can tell someone — especially someone you don't know.

Yeah, that's so crazy. They want to give me medical advice now based off a article they read in The New York Times and it's like, chill. I just don't understand how they're getting so much from a few paragraphs.

Right. I think people tend to treat Internet influencers a lot differently though, because you guys feel more accessible.

Yeah, I can say people definitely treat me as if they have a more personal relationship with me. Part of my brand also is accessibility. I definitely deal with a lot more comments that people probably would never have to deal with... It is really weird just how much entitlement people online have to other online content creators. It's like, people demand I still make all these posts and stuff, and that should be free. They're like, "Why do you make money from this content?" But they don't mind consuming it.

For the past year and a half, I've gotten DMs from different companies, from people who work in their writing rooms, telling me that they've referenced my tweets. It's like, [in that case], I know whatever I'm saying is truly of some value to somebody. I think it's only fair that my followers don't mind paying for me to keep doing it then. I mean, I can't get into the writer's room myself, so I'm going do what I can do, you know?

"'Con artist' is definitely a reach. It's like girl, nobody's conning anybody, this is very transparent. It's a transactional process"

Speaking of The Post though, they seem to be actively trying to punch down on people, especially when it comes to marginalized communities.

Yeah, I don't understand some of the articles they approve. It's like, their name already doesn't exactly have the best reputation. You would think they tried to be a little more... I don't know, being PC isn't all that bad, but I guess that's just the way it goes in media.

Do you think there's something reactionary or a trollish also motivating them?

I think it's very reactionary. They think that it's all fake. I think a lot of times [they think all] the struggles are fake, because they can't relate to it. I think my mental illness is very discounted, because they don't consider Black pain real or valid.

They don't like the discussion of feelings or any of that stuff — having open dialogue. I think stuff like pushing back on millennials and making millennials seem dumb, it makes them feel more secure. I think they understand very little of what's going on right now and [what's] in the future even, so I think that they're just scared. And I think they really do realize our generation is not putting up with any of what they think would normally.

Final question. If you could say anything to the author of the piece right now, like what would it be?

"Con artist" is definitely a reach. It's like girl, nobody's conning anybody, this is very transparent. It's a transactional process. Everything is linked right there. I could say use your words better, it's like your job.