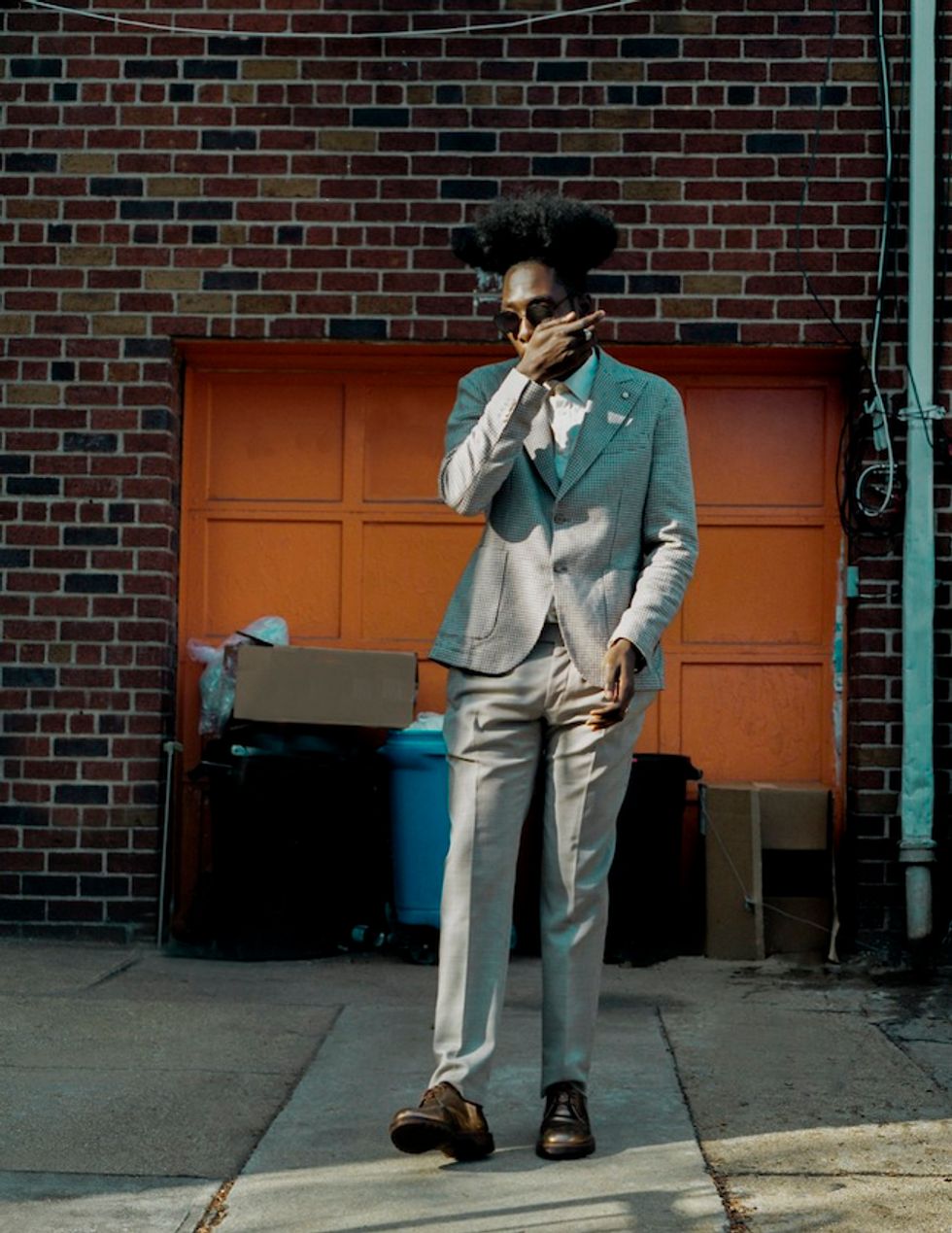 When we profiled model, producer and nightlife fixture Jorge Gitoo Wright back in October, he admitted to us that though he'd tried acting as a child, "it's kind of hard to act like people other than myself." Stylist Jessica Zamora Turner and photographer Bex Day wanted to highlight Wright's singular magnetism, casting him and his real-life friends for a '70s-inspired shoot in Brooklyn. "My style is documentary mixed with fashion," says Day. "We wanted to use real people, as they evoke an intense image and emotion that I find difficult to achieve when using signed models."  Together, Wright, Zamora and Day, who shoots using medium format film, have created a style story that puts a contemporary spin on an endlessly fertile moment in American fashion. "I feel like the '70s has been at the center of most of the current trends in fashion, " says Zamora-Turner, "and this story references the era from a less-explored angle."


(Clockwise from left) Dylan wears a vintage jacket, shirt by Dana Lee and Jeans by Levis. Banna wears a shirt and tank by Kieley Kimmel, jeans by Gap and a vintage shearling vest and shoes. Melinda wears a trouser suit and shirt, stylist's own, and boots by Robert Clergerie.  Jorge wears a polo shirt and jacket by Le Coq Sportif and trousers by Fanmail. Samantha wears a jacket by Maje, a cardigan and sweater by Diesel, vintage Wrangler jeans and shoes by Vans. Olu wears a Jacket by Fanmail, pants by Diesel and shoes by Dr. Martens.

(L-R): Olu wears a shirt by Dana Lee and trousers by Asos. Banna wears a dress by Dusen Dusen

Melinda wears a shirt and suit that are stylists own and boots by Robert Clergerie
Hair: Nigella Miller
Make Up: Aoki Marika
Stylist Assistant: Annie Pluimer