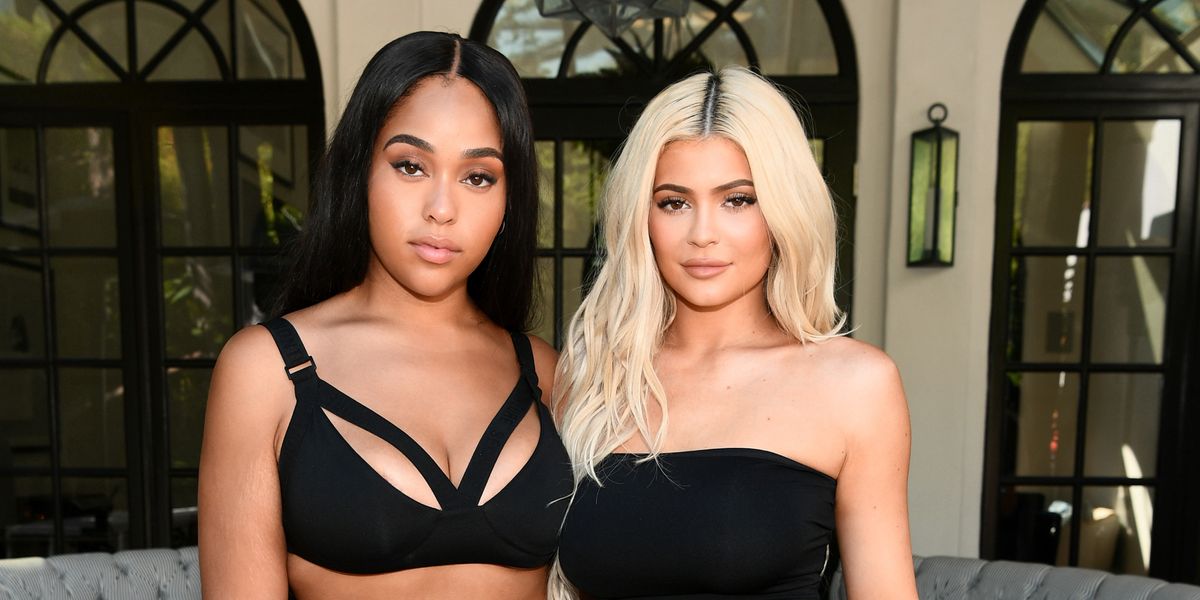 A Complete Guide to the Jordyn Woods Scandal

Everyone on the planet is aware by now that Khloé Kardashian's longtime partner and baby daddy Tristan Thompson has allegedly been hooking up with Kylie Jenner's longtime BFF and baby sitter Jordyn Woods. According to TMZ, Thompson started spending private time with Woods over the weekend, culminating in a weird late-night make out session at a party where all the guests had their phones confiscated.

Welcome to 2019's biggest Kardashian scandal — yep, it's February, but we're calling it. Everyone knew Tristan Thompson was a cheater, but nobody suspected Jordyn Woods was quite this reckless. All hell has broken loose, and the fate of Instagram's most fascinating friendship has been thrown into question.

With so many tabloids fixated on Calabasas right now, we've gathered all the most important details in one place. All your pressing Kardashian-Woods-Thompson-Jenner questions answered, below:

How well do Jordyn and Khloé know each other?

Jordyn and Kylie have been close since meeting in eighth grade, with their BFF status escalating post-high school. Woods co-starred in Life of Kylie (RIP), and she even has a namesake Lip Kit (now slashed to half price!). They're inseparable, but how tight are Jordyn and Khloé?

Short answer: very. And there's no way Woods could reasonably claim otherwise. Despite an obvious age gap between the two women — Woods is 21, Kardashian is 34 — they've been in each other's lives for years now. Woods is a model for Khloé's denim line, and attended True's baby shower. The two frequently interact on social media, with Khloé commenting "baby girl" on Jordyn's most recent Instagram selfie, posted on the same day she and Tristan reportedly did the deed. Yikes.

Definitely think of Jordyn's Tristan hookup as a big betrayal — of the Kardashian clan as a whole, but also a specific friendship contained within it.

The most notable aspect of the Kylie-Jordyn friendship is their roommate status. Jordyn moved in to Kylie's guest house in 2017, and was still sleeping there when the Tristan scandal broke on TMZ. E! claims Kylie pays for most of Jordyn's life, even buying her a car. Various outlets are now reporting that Woods has packed her bags and returned to her mom's pad, but it's unclear whether she was forced out or left voluntarily.

HEIR JORDYN on Instagram: “Look at @kyliejenner’s page to see what I see 😍”

Sources told People that Jordyn made the call, saying that it has "been a difficult time and she's broken up about it" and she's therefore "heading home to be with her mom." It's believable that she wouldn't be kicked to the curb by her landlord: Kylie is reportedly torn over whose side to take, but she and Jordyn are close. That friendship commitment ceremony in Peru was serious. And Stormi loves her babysitter.

When the Kardashian-Jenners want to let us know something, they do so on social media. Often with artful subtlety: a simple unfollow speaks volumes about which friends are in or out of favor. Going by this metric, though, it appears the family is mostly still deliberating over Jordyn's fate.

At time of writing, Kylie is still following Jordyn (and vice versa), and the same goes for Khloé. Kim has unfollowed both Jordyn and Tristan, as has Khloe's best friend Malika. Kendall unfollowed Tristan, but has let Jordyn stay on her feed for now.

Khloé on Instagram: ““Are you willing to give up what you love, for who you love?” Big Sean”

Khloé might be giving Jordyn the benefit of the doubt — she's young, and Tristan is a proven scumbag — but her most recent Instagram story gave a good indication of how badly she's hurting. "The worst pain is gettin hurt by a person you explained your hurt to," she wrote. "Somebody needs to hear this… That betrayal was your blessing."

How does Drake fit into all this?

Of course known Kardashian enemy Drake found a way to get involved in all this drama, albeit indirectly. According to E!, hip hop's biggest romantic allegedly helped Jordyn and Tristan realize their mutual attraction; the two reportedly attended his show together in Los Angeles on Sunday night with a "crew," got cozy, then eventually hooked up later at a house party.

To add insult to injury, Drake was co-headlining with Chris Brown. The night clearly had bad energy from the start.

What does Cardi B think?

Cardi B is frequently pop culture's sole voice of reason, and her Instagram Live video about Jordyn and Tristan, posted yesterday, didn't disappoint. Herself a victim of infidelity, she called for empathy, but also wondered whether the Kardashians were getting what has long been coming to them.

"I'm seeing this whole Khloé Kardashian thing and it's just like everybody's celebrating that that happened to her," she observed. "I mean, I know the Kardashians have done fucked up shit before and everything… I think the karma got to them."

She also referenced the fact separate cheating rumors about Tristan came to light just as Khloé was giving birth to their daughter True last year. "The last situation happened to shorty, before the day she gave birth, like I feel like whatever karma I feel like they deserve, I think they already have it. So it's like why do you guys keep wishing that on a woman? Especially a woman that has a daughter — why do we wish that on each other?"

As with all Kardashian news items, one wonders whether Kris orchestrated this whole scandal for a higher purpose. TMZ broke the story, and that's telling — the Kardashians have a long and mutually beneficial relationship with your favorite trashy celeb news source. Also, Jordyn's indiscretion conveniently distracted from allegations that had broken earlier in the day about Kim Kardashian giving Fashion Nova a sneak peak of her vintage gowns before wearing them. Koincidence? Maybe, maybe not.

More details and questions will doubtless emerge, but for now there's only one aspect of this story that totally holds up to scrutiny: Tristan Thompson is terrible, and Khloé is way better off.