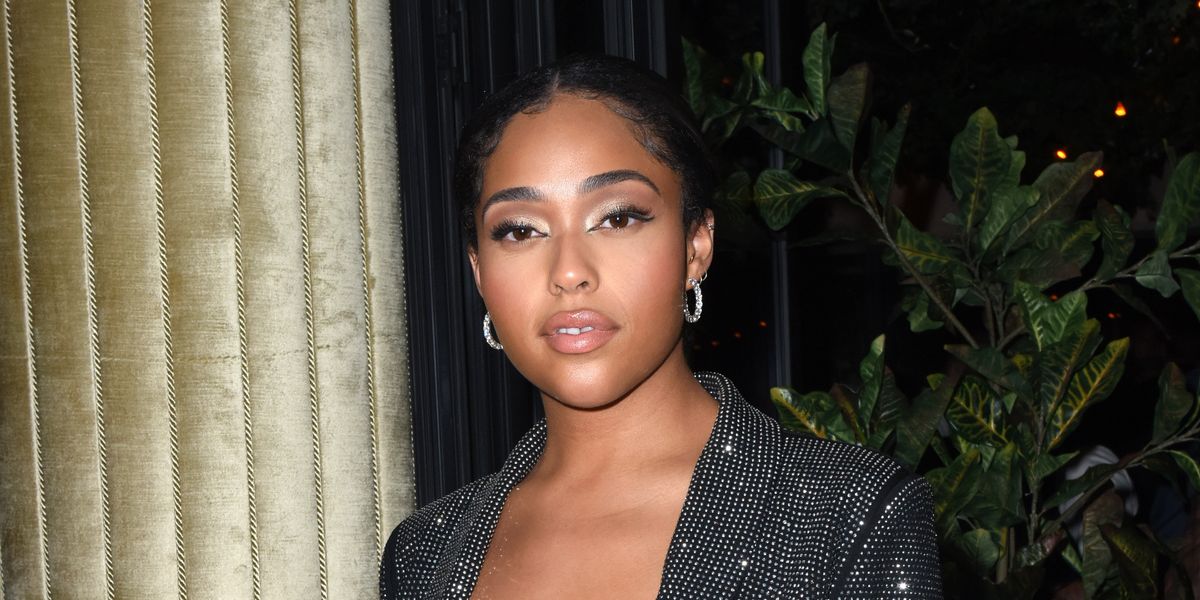 Jordyn Woods Is Making Serious Money From the Tristan Scandal

Jordyn Woods has gained more than a million new Instagram followers since news of her alleged hook up with Khloé Kardashian's partner Tristan Thompson broke in February, and she's not letting them go to waste. According to The Blast, Woods is in the process of signing several lucrative new business deals that make use of her newly elevated social media platform. We love this for her!

Sources claim that Woods is currently en route to London with her mom to finalize some contracts. It sounds like she'll be making another deal with Eylure, the false eyelash brand lucky enough to time its Jordyn Woods collaboration perfectly with TMZ's breaking story. (Never forget the iconic and understated line Woods delivered at the launch party, after being slut shamed by an entire nation: "It's been real.")

Woods posted her first piece of sponcon since the cheating scandal made headlines over the weekend. It was St. Patrick's Day themed, and she looked great.

For a while there it looked like Woods would fall victim to a Kardashian smear campaign — America's most famous family wasn't pleased when the story broke. One Red Table Talk appearance later, though, and America has decided to take Jordyn's side. We were all 21 once, right?

Woods was charging appearance fees and selling dodgy beauty products on Instagram long before the scandal broke, and it isn't surprising that she's quickly capitalizing on all this new publicity. Her former BFF is an actual billionaire thanks in large part to her social media mastery — Woods quite literally learned from the best.

What's going on with them, anyway? Woods and Jenner are reportedly now "texting," after a period of total silence on Kylie's end. So there's hope — maybe they'll reconcile in the deserts of Dubai.