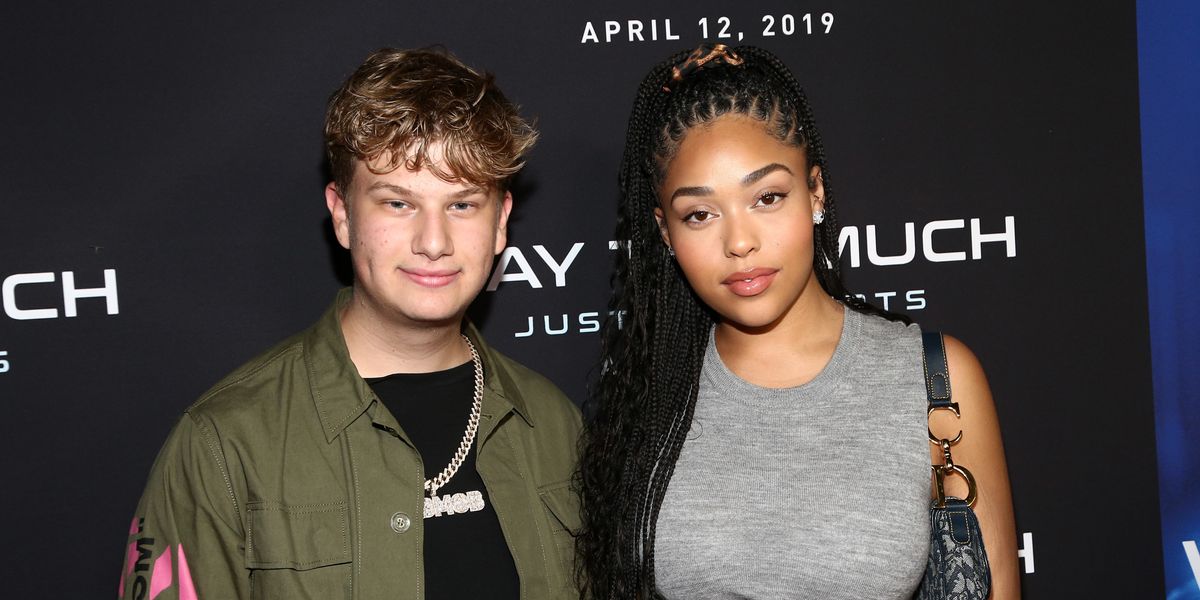 Jordyn Woods may have been cast out of Calabasas, but don't mourn for her. Kylie's former BFF has gained more than a million new Instagram followers since news of her alleged hook up with Khloé Kardashian's partner Tristan Thompson broke in February, and she's not letting them go to waste. She's inked several lucrative new business deals that make use of her newly elevated social media platform, and is now… hanging out with YouTube teens?

Yes. Woods recently collaborated with 16-year-old YouTuber Justin Roberts (if you're not familiar, join the #RobMob) on a new music video for his track "Way Too Much," out Friday. Slightly less controversial influencer Sofia Jamora will also make a cameo in the clip.

To promote the new track, Woods and Roberts have been hanging out in Los Angeles with a group of fellow influencers and vloggers — specifically the Team 10 crew, founded by YouTube A-lister Jake Paul. Roberts, perhaps most famous for buying a $350, 000 Ferrari and then smashing its windscreen for content, is a founding member.

TMZ describes how the "outcast Kardashian-Jenner sidekick hit the Peppermint Club in WeHo Monday night" with Team 10 at a listening party promoting Roberts' music. Roberts also posted a photo of her on his grid.

Could this signal a career pivot for Woods? Jordyn, if you start posting to your own channel, we promise to like and subscribe. Especially if the tea is as hot as it was on Red Table Talk.