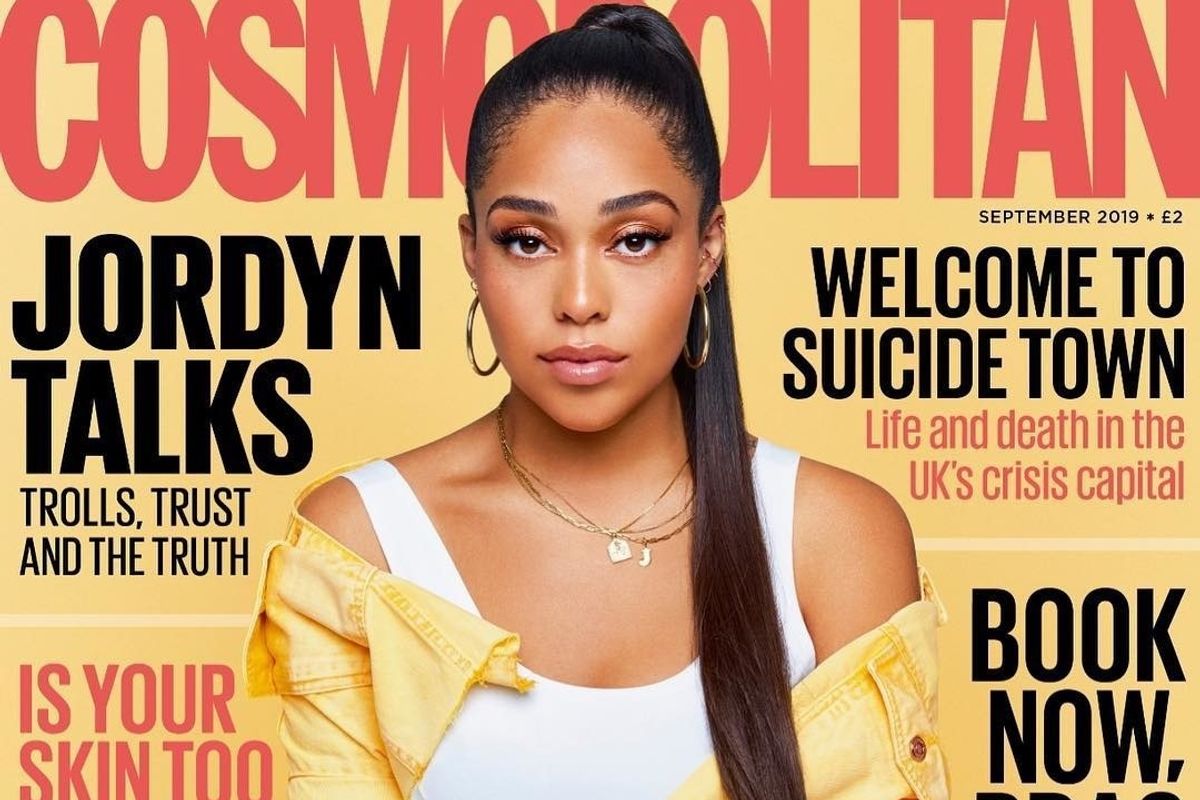 September is a good month to hit up the British newsstands: alongside an issue of Vogue edited by Meghan Markle, you'll also find a tell-all interview and shoot with Jordyn Woods within the pages of Cosmopolitan UK.

Woods, the former BFF of Kylie Jenner who has really come into her own after being ousted from Calabasas in the wake of a cheating scandal involving Tristan Thompson, Drake, and Red Table Talk, has earned the much-coveted role of Cosmo's September cover girl. As The Devil Wears Prada taught us, September is the biggest month of the year for print magazines, going hard on fashion pages and generating lots of extra advertising revenue. Giving an influencer the spot is huge.

Announcing the cover on Instagram, Woods called September "my favorite month of the year" and promised to share more photos from the shoot in coming days. Kylie Jenner taught her well: she also shouts out a couple of spon con collabs, with Eylure and Easi Locks hair.

Speaking of Jenner, it sadly doesn't look like the beauty mogul and Woods have plans to reunite any time soon. The two recently unfollowed each other on socials, and after several inseparable years appear to have well and truly called it quits on a very iconic friendship.

Maybe we'll hear a little more on that in September. See you in London! Also excited for that story about "grown up groupies."