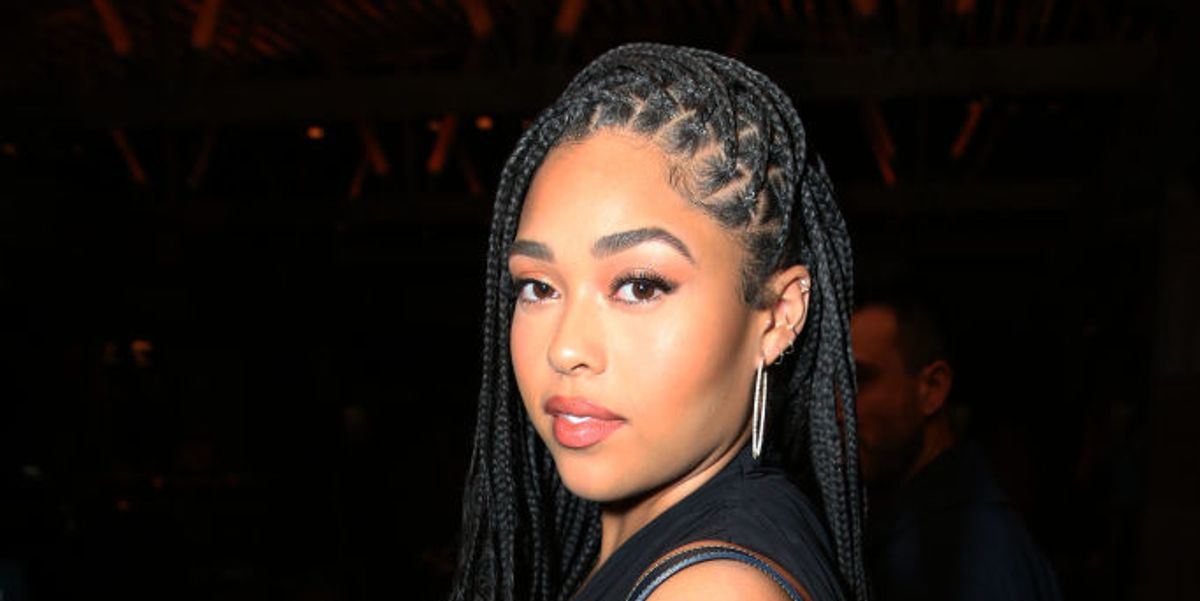 Jordyn Woods and Kylie Jenner Were Both at Coachella

You know all the details of 2019's defining celebrity scandal by now: Kylie Jenner's longtime BFF Jordyn Woods allegedly shared a post-party kiss with Khloé Kardashian's longtime partner and baby daddy Tristan Thompson, and was subsequently exiled from Calabasas. Woods has been doing more than okay since the friendship break up, but tensions are clearly still running high between her and the Kardashian-Jenners.

Both People and Us report that the elder Jenner sister and pal Hailey Baldwin encountered Woods at Saturday's Bootsy Bellows Pool Party event. Jordyn was hanging with her close pal, and Kylie's ex, Jaden Smith. A power move no doubt endorsed by wise sage Jada.

So what went down?

According to a People source, Kendall and Hailey were sitting down when Jordyn and Jaden arrived. The moment was "awkward" because "everyone saw it." An insider claims that everyone "made eye contact and you could see that they all thought this is awkward — they were saying it with their eyes and body language. It wasn't hard to see the tension and the awkwardness." Awkward overuse of the word awkward, but point made.

The People insider also claims that Woods had small verbal fight with her mom, who I guess was also at the "Bootsy Bellows Pool Party." The trio left soon afterwards, and Kendall and Hailey visibly relaxed. Gigi Hadid turned up and ate some McDonald's French fries, because the party was sponsored by McDonald's and…PacSun. Coachella!

US adds an additional detail: the two groups had cabanas right next to each other. Their onlooker described the situation like this: "Hailey and Kendall saw Jordyn and both gave [Jordyn] a stare. Jordyn was visibly uncomfortable by their reaction. As Jordyn was sitting, her and her mom were in a bit of an argument and she told her mom, 'I don't want to discuss this right now.'" This source also claims that Woods didn't stay long, and that Kendall, Hailey, and Gigi appeared to perk up once she'd left.

Kylie and Travis were spotted at Coachella that same day, but maybe they don't like McDonald's. Although they're reportedly "texting," Woods and Jenner are yet to be seen together publicly — Woods reportedly hasn't been able to retrieve her stuff from Kylie's guest house after leaving in a rush when TMZ broke the cheating story.