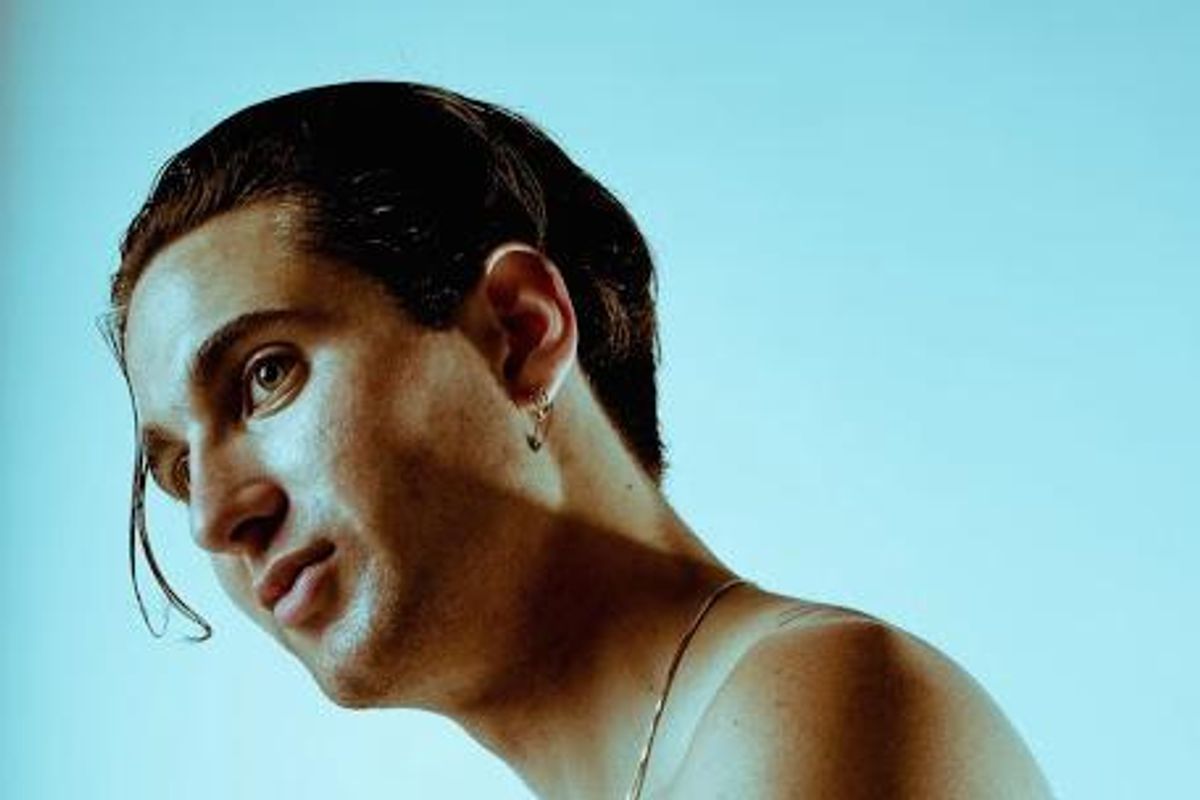 "First and foremost, I'm an artist. Sound is just a single medium." This is how Jordan Raf, an LA-based singer, describes his work. The artist, who is gearing up to release his debut album Double Negative in the coming weeks, blends electronic, leftfield R&B, and rock into a new sound that's both sexy and oddly sentimental. Now, the album is like almost ready, but the road was far from easy to navigate.

A few years ago, after breaking up with a girlfriend, traveling to Tokyo to study abroad, and then returning to find that same (ex)-girlfriend was dating someone he knew, Raf attempted to take his own life by overdosing on pain pills that he bought in Tijuana.

Luckily, someone called an ambulance, but his attempt landed him in an involuntarily three day hold at a Pasadena psychiatric hospital. Though his stay was brief, Raf says that it was a crucial turning point in his life. By the time he was released, he had decided to hit the restart button.

We hopped on the phone with the singer to find out more about the story behind his new music video, his "competitive exhibitionism," and how he feels about being a white R&B singer.

Tell me a little about the storyline for this video.

I was watching a lot of old early 2000s R&B videos, like Ginuwine and R. Kelly and all those R&B heavy-hitters. And I always wanted to make something like that. I was just so bored of the women being so subservient to men that they're just dropped pretty much.

And also, with the S&M stuff, I sort of wanted to humanize that. I think a lot of people who see the video will think it's goofy--and it's kind of like that, but that's the last thing I want. I had to piss in a Beverly Hills fountain and puke in the park because I just had to.

How does "Roses" (both the song and video) relate thematically to you "hitting the restart button" on your life post-mental institution?

Conceptually, "Roses" is like staying at a Ritz-Carlton in heaven. The song is just all about fantasizing about what life could be if things didn't get as bad as they did. It has this really bizarre optimism to it. As an artist, everyday you're faced with this cautious pessimism but "Roses" is like a happy ending. It's not even just tied in gender and money. It's also this big overarching message of dealing with hopelessness; it's escapism. It's the idea that you can do something, that you're not trapped or confined to what society wants you to believe about yourself.

This is your favorite song off the upcoming album. Is that primarily because of its emotional significance to you?

Yeah, technically I don't think it's the best song on the album it just means a lot to me, you know? It's like when people give other people their grandmother's engagement rings. It's corny as fuck--I couldn't give a fuck about your grandma's engagement ring...but it's that feeling. The song itself holds a lot of sentimental value to me just because of when and how I wrote it. I don't necessarily think it's the best, but it's the one that means the most to me.

How would you describe your relationship with (director) Tucker Tripp?

He's just been one of my best friends for so long. We're both exhibitionists. When we go out together, we're always trying to one-up each other by doing crazy stuff. Like at one party, I had someone put a cigarette out on my balls and then he broke some giant vase at this really boogie ass club. He'll pull down his pants and put his wiener behind his legs and walk around like a crab. It's really not necessary. If anything, it's more dangerous than a really healthy artistic partnership. We're just both a couple of jackasses. I don't even know how to explain it. We're the new Wild Boys. That's really just how our relationship works. It's a competitive exhibitonism. Artistically, we couldn't come from more different backgrounds. But we just have a good partnership going because we're such good friends. He's really good when it comes to directing and I went to art school for the past four and a half years.

What do you think about the space you occupy in R&B as a white male? Do you think the cards are stacked against you?

Well, reverse racism doesn't exist, first of all. So even though it is hard as a white R&B artist, it's deserved. Why should people trust me? I'm the oppressor. Why would people want to listen to my music? I do have the perspective of having an immigrant father and being Persian and Middle Eastern. At least I'm not fucking James Blake or Chris Martin or some shit. Don't expect me to have a conscious uncoupling and only eat crushed pearls for the rest of my life.

So it is hard, but it should be hard.