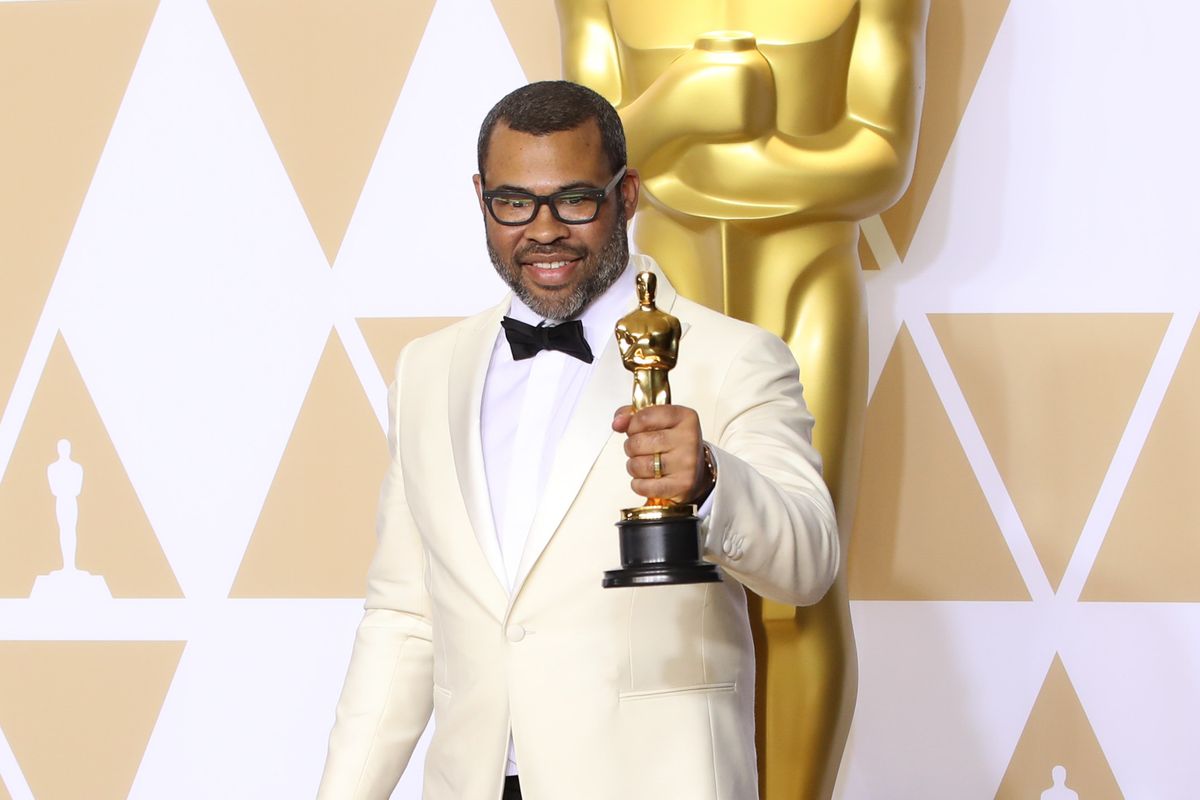 Jordan Peele directed one of last year's most astute and culturally important movies, Get Out. The horror film, which told the story of a black man who was dating a white woman whose family turns out to be auctioning his body to a group of white supremacists, was Peele's directorial debut. This year, the film won an Oscar for best original screenplay, making Peele the first black person to win the title.

Today, he announced his sophomore film via a Twitter post of the poster. The film will be titled Us and will come out in theaters March 2019. The poster is minimalist and doesn't reveal much about the film except that it is, "a new nightmare from the mind of academy award winner Jordan Peele."

Related | Some Oscar Voters Didn't Even Watch 'Get Out'

The Hollywood Reporter reports that Winston Duke, Lupita Nyong'o and Elisabeth Moss are all considering starring.

The Internet is understandably very excited for the movie:

“A New Nightmare From The Mind Of Academy Award Winner Jordan Peele” is a such a beautiful collection of words stru… https://t.co/XUm27rJ77O
— Matt Barone (@Matt Barone)1525828901.0