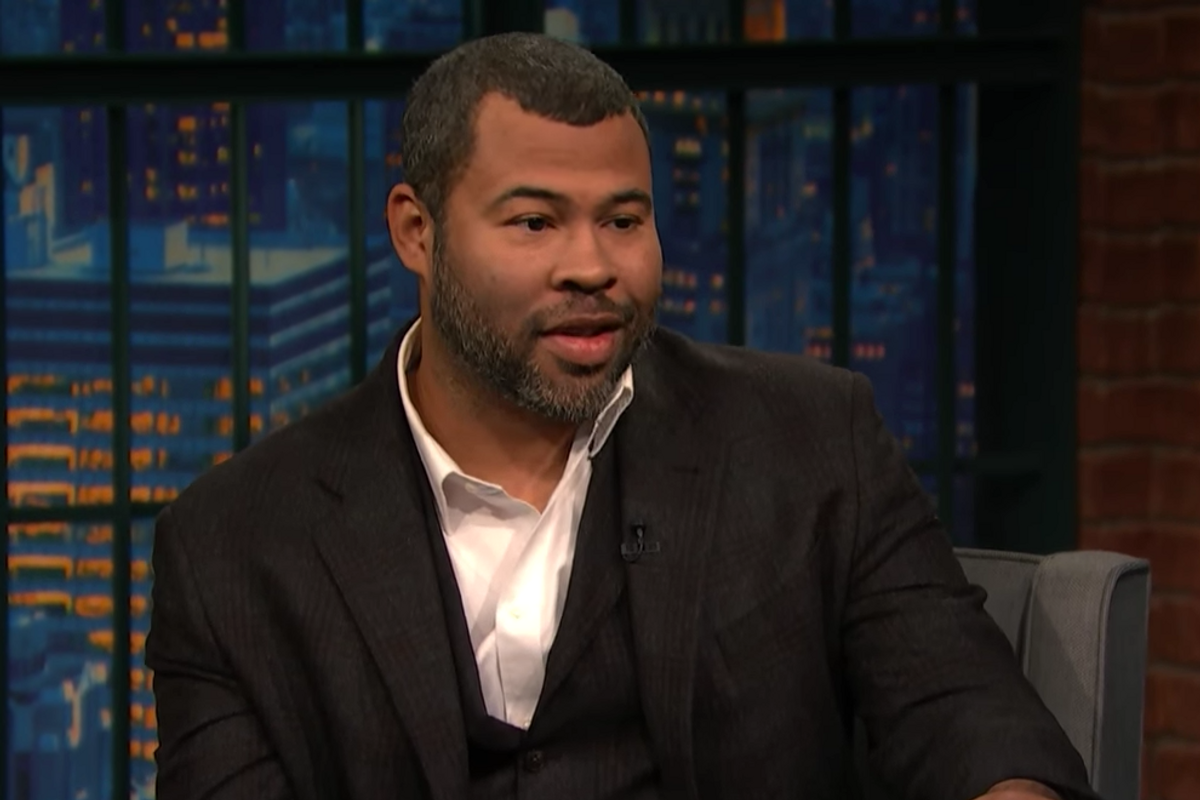 Former Key and Peele star Jordan Peele was a guest on Late Night with Seth Meyers last night promoting his film Get Out when the topic of his and Keegan-Michael Key's impeccable Obama impressions inevitably came up. When Meyers asked Peele what Obama is thinking these days regarding the catastrophic first few weeks of the Trump administration, Peele blessed us with an impromptu post-White House Obama impression.

He portrayed a weary vacation Obama drinking whiskey and watching America crash and burn on TV. This informal Obama spends his days doing water sports and asks Michelle to top off his glass while trying to make sense of the white supremacy and hatred that is working to undo his entire legacy.

Key and Peele recently commented on Obama's remarkable tact during the last few weeks of his presidency with a final Obama Luther Farewell Address sketch that they debuted on The Daily Show with Trevor Noah. More than anything, Peele's impression evokes strong nostalgia for when a groan-worthy Presidential dad joke was the worst of our problems.