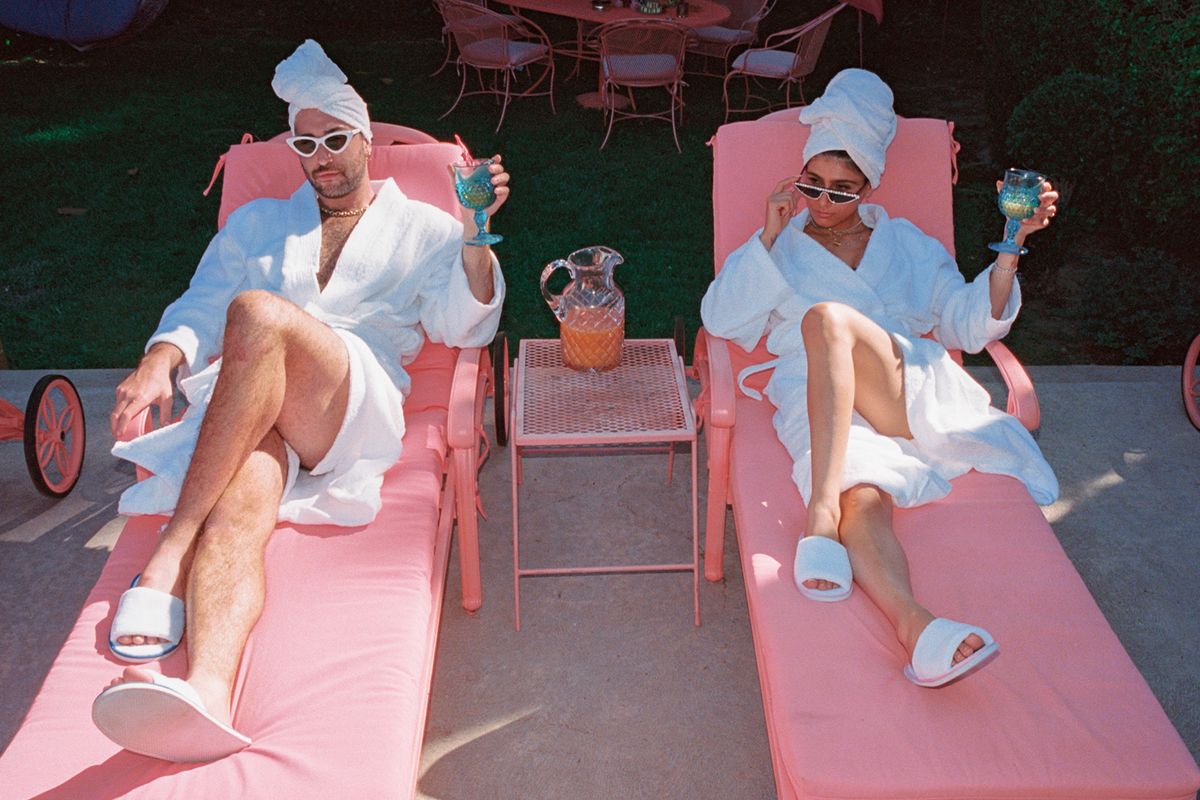 If the anxiety-inducing, chaotic shitshow of 2020 has taught us anything, it's that self-care is vital.

Social media stars Jordan Firstman and Mia Khalifa would most definitely agree, as they co-star in "Spa," the lovable and sensual visual for a new track by Icona Pop and SOFI TUKKER, unveiled today.

From sipping poolside drinks to caressing themselves with fresh roses, Firstman and Khalifa seize the spotlight when making their cameos in the Lauren Dunn-directed music video.

"Naked bodies everywhere/ I'm okay, you can stare," Icona Pop (Caroline Hjelt and Aino Jawo) sing, as Firstman lip-syncs in a bath adorned with sparkling white tile and cut flowers. Throughout the video, Khalifa also mouths the lyrics while looking at her reflection — hair wrapped in a towel — and excitedly applying a facial.

Related | Less Than a Minute Left on Zoom: Jordan Firstman and Lauren Servideo

"I'm done with the club/ Just take me to the spa," SOFI TUKKER (Sophie Hawley-Weld and Tucker Halpern) then sing. "Spa" is an anthem for Taureans, or anyone else for that matter who prioritizes self-love as the world seemingly falls apart around us.

In a press release, SOFI TUKKER reveals how this star-studded, sultry and fun video came to be, and why Firstman and Khalifa made the perfect additions to the themes explored in "Spa."

"If we had to be stuck in a room with four other people, it would be Aino, Caroline, Jordan Firstman and Mia Khalifa," the duo says. "That is also the group of people we'd want to be at a spa with. That is also the group of people in the 'Spa' video, and we couldn't be happier about it. It is totally ridiculous and over the top, like the song — on steroids. And it makes us smile every time we watch it."

Ultimately, SOFI TUKKER hopes "it makes other people smile too — and maybe indulge in some self-care while they're at it."