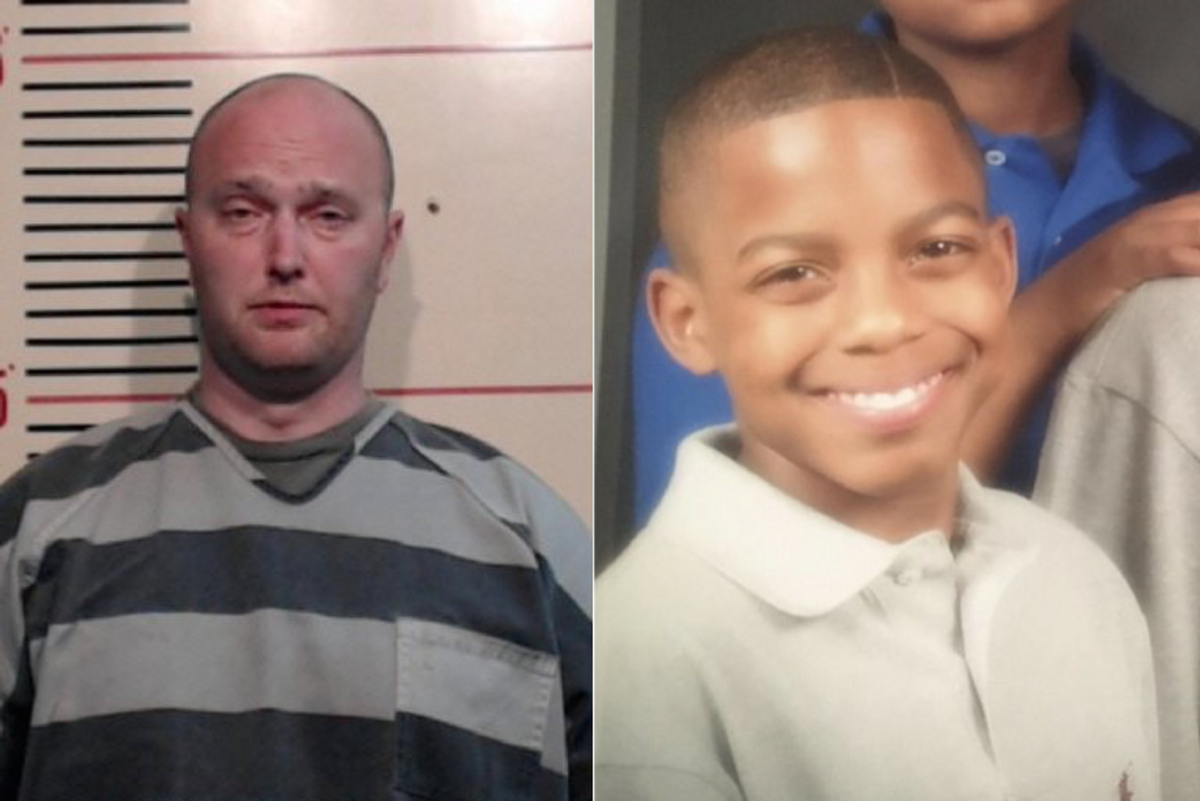 Another family ripped apart by police brutality. There was absolutely no justification for this murder. We demand justice! #InjusticeInHD pic.twitter.com/XsL0cDxQ1L
— S. Lee Merritt, Esq. (@MeritLaw) April 30, 2017

Dallas County District Attorney Faith Johnson said yesterday upon announcing the formal charge, "I think our police officers would stand with us and say, 'We do not condone bad behavior.' Hopefully, it is a message we are sending to the bad police officers. If you do wrong, we will prosecute you."

The shooting happened as Oliver and another officer were responding to a call about drunken teenagers at a house party on April 29th. Edwards, his two brothers and two friends were leaving the scene in a car when Oliver fired multiple rounds at the vehicle, striking Edwards in the front passenger seat. He later died at the hospital.

Initially, the Balch Springs Police Chief stated that the car was heading towards Oliver and the other officer "aggressively," but the officers' body camera footage later disproved that claim, showing that the vehicle was driving away from the scene.

Oliver was fired shortly after the shooting and arrested for murder in May.

Though Johnson said the indictment of Oliver was not a "political statement," the government's response to police shootings like this one, which continue to occur despite public outcry, will inevitably be political by the very nature of the racially charged situations themselves.

Johnson's remark may have been referring to comments from the executive director of the Combined Law Enforcement Associations of Texas, who said Oliver's relatively quick firing and indictment had a "tinge of politics" about it.

Indeed, the Texas Tribune points out that the Balch Springs Police Department's fairly swift response to Edwards' shooting stands out. The Tribune found that between 2010 and 2015, of the 656 police shootings in Texas' largest cities, only 25 officers were disciplined by their departments. Ten were fired, seven were indicted on a criminal charge (though none for murder), and none led to a conviction.

This mirrors the legal outcomes seen in cases involving officer shootings throughout the country.