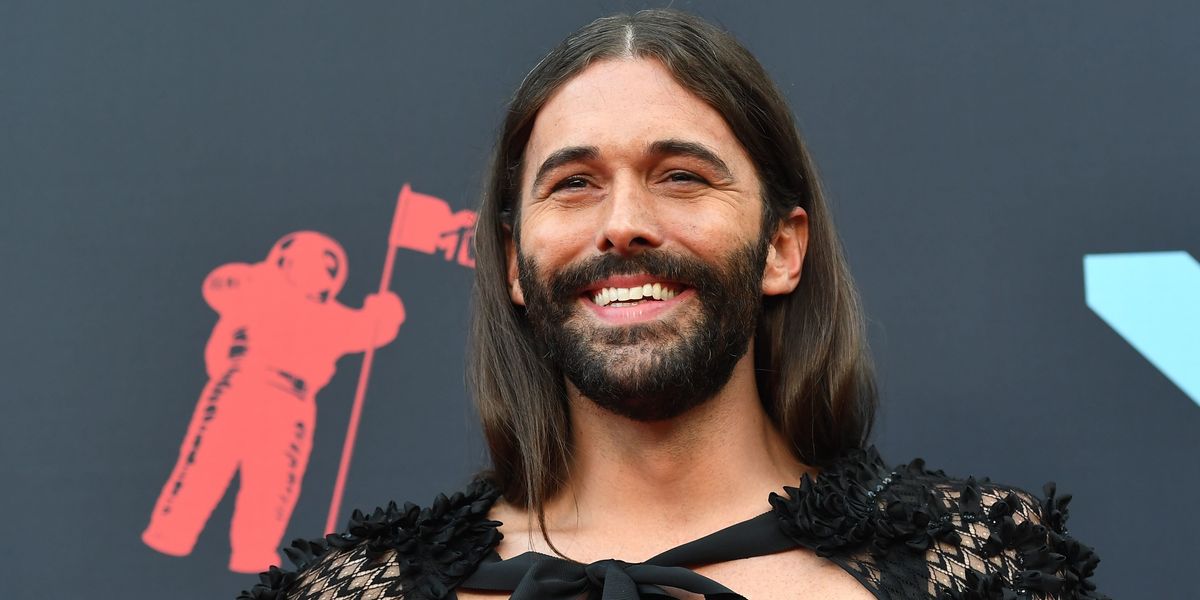 Queer Eye's Jonathan Van Ness gave a revealing new interview to The New York Times, in which he discussed a number of sensitive topics he addresses in his upcoming memoir, Over the Top. Van Ness, 32, who identifies as nonbinary but prefers he/him pronouns, bravely opened up about childhood sexual abuse and his HIV status. "It's hard for me to be as open as I want to be when there are certain things I haven't shared publicly," he told the Times. "These are issues that need to be talked about."

Van Ness shared that when he was a child growing up in the small city of Quincy, Illinois, he was abused by an older boy from church. "For a lot of people who are survivors of sexual assault at a young age, we have a lot of compounded trauma," he said.

The years that followed were difficult. Van Ness had a hard time in high school (he was a cheerleader, and kids threw beer bottles). Once he started college in Arizona, he began using cocaine regularly. And after beginning a career as a hairdresser, Van Ness kept using drugs, including crystal methamphetamines, and went to rehab twice. He told the Times that at 25, he fainted while working in a salon. The next day, he went to Planned Parenthood and tested positive for HIV.

"That day was just as devastating as you would think it would be," he wrote in Over the Top.

Van Ness moved to Los Angeles, stopped using hard drugs, became a successful hairstylist, and started filming the hit Funny or Die webseries Gay of Thrones. And then he was cast on Queer Eye, and his career exploded.

He told the Times that it was important to him to shed light on misconceptions of what it means to be HIV positive, describing himself as a "member of the beautiful H.I.V.-positive community."

"When Queer Eye came out, it was really difficult because I was like, 'Do I want to talk about my status?,'" he said. "And then I was like, 'The Trump administration has done everything they can do to have the stigmatization of the LGBT community thrive around me.'"

"I do feel the need to talk about this," he added.

"These are all difficult subjects to talk about on a makeover show about hair and makeup," he concluded. "That doesn't mean Queer Eye is less valid, but I want people to realize you're never too broken to be fixed."