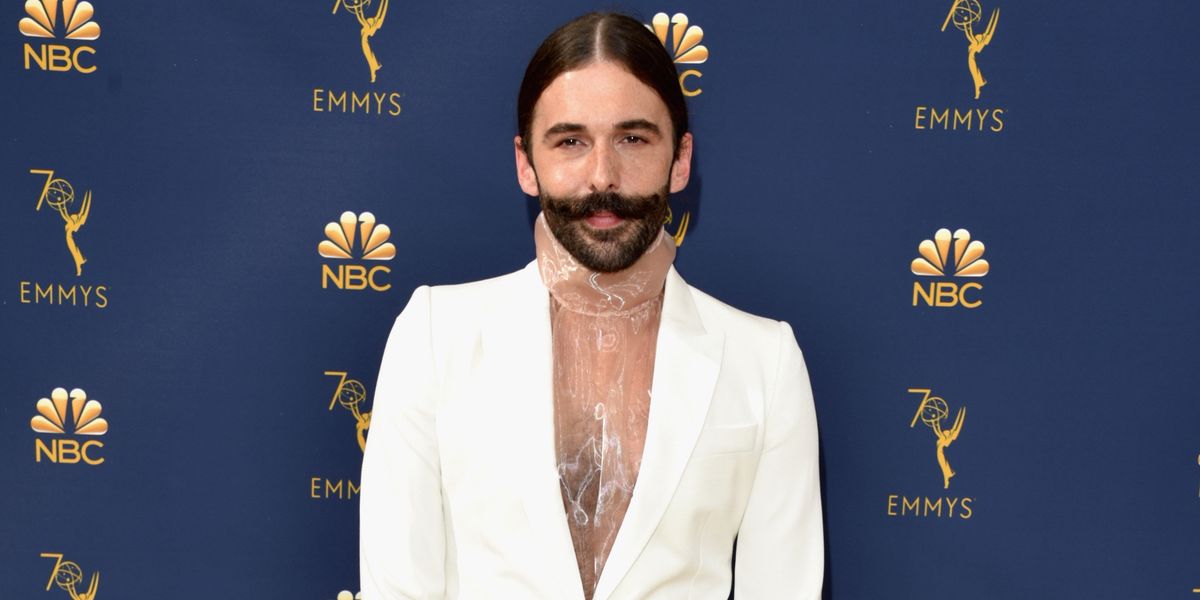 Jonathan Van Ness Will Bless Us With a Memoir This Fall

Queer Eye self-care guru and labor movement advocate Jonathan Van Ness will be publish a memoir this fall. The book, undoubtedly the first of many he'll author, Over The Top, on shelves in September.

According to JVN's publisher HarperOne, Over The Top "uncovers the pain and passion it took to end up becoming the model of self-love and acceptance that Jonathan is today. Jonathan shares never-before-told secrets and reveals sides of himself that the public has never seen. JVN fans may think they know the man behind the stiletto heels, the crop tops, and the iconic sayings, but there's much more to him than meets the Queer Eye."

It was only a matter of time. JVN already has a web series, a Broadway role, a TV show and a podcast, so it was the natural next step in his expanding Oprah-esque entertainment empire. He's the fourth of the Fab Five to make the jump into the book biz. Antoni Porowski has a cookbook on the way, and Tan France and Karamo Brown have both announced memoirs as well — because we apparently literally can't get enough of them and they know it.

"Jonathan Van Ness has made millions of people all over the world smile, embrace their uniqueness, and own their individuality" says HarperOne editor Hilary Swanson. "Now it's time for us to return the favor as he reveals his own truth. Jonathan's journey is at times hilarious, at times harrowing--and always refreshingly honest. I could not be more proud to help share his incredible story and show readers how to take their own struggles and turn them into something beautiful."

Celebrity memoirs are notoriously terrible because writing is typically not celebrities' (nor their ghostwriters') strong suit. But if Over The Top is anywhere near as charming as the Emmy-nominated Gay of Thrones or his podcast Getting Curious With Jonathan Van Ness, then I may actually have to check this one out.

Over The Top is on sale September 24, conveniently in time for the holidays.