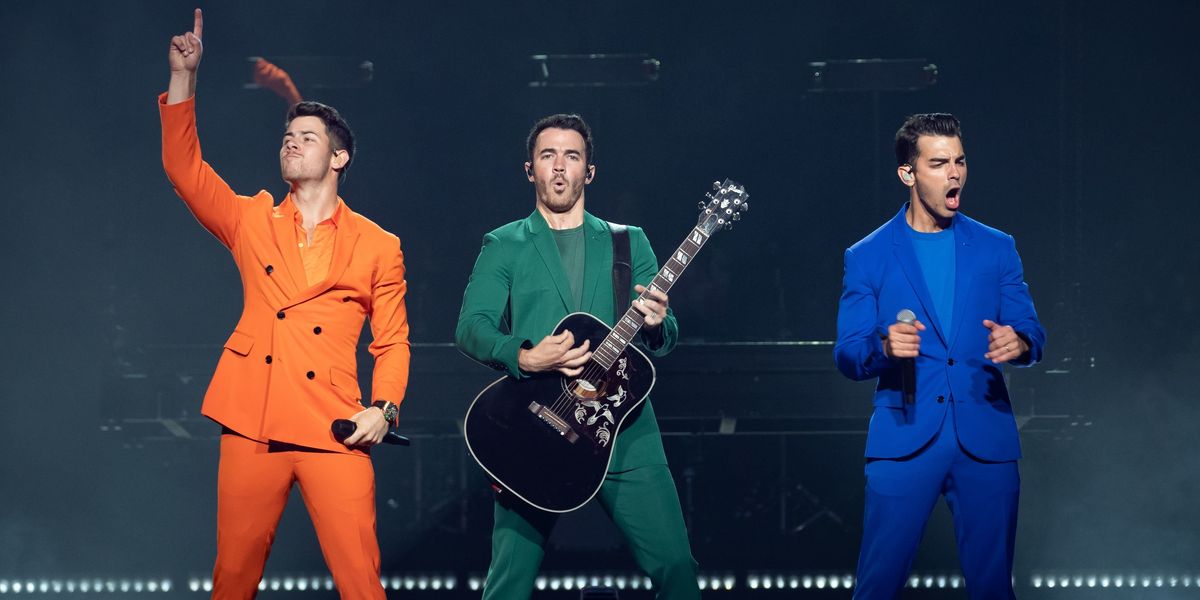 In these poptimist times, it's rare for any guest on NPR's "Tiny Desk Concert" to be a surprise. Since the world discovered T-Pain had an amazing voice during his session, Tiny Desk has become a rite of passage for pop and hip-hop artists, where they shed the glossy production, to show off their pipes and fingerplucking.

Still, I smiled and laughed to see that the Jonas Brothers stopped by the D.C. office on their ongoing Happiness Begins tour. It's about time, honestly! In their heyday, Bob Boilen and Stephen Thompson, bless their souls, likely had no appreciation for the boyband's magic.

Will Nick, Joe and Kevin convert NPR dads into Jonatics yet?

They tried their darnedest, serving coffee house jazz on a souped up reinterpretation of "Sucker." Joe proceeded to scat the lyrics "I've been dancing on top of cars and stumbling out of bars..." while playing a toy tambourine he found on the Tiny Desk office shelves.

Sadly, they did not trot out their Disney-era fedoras for the occasion, nor did they perform the stripped-down acoustic version of "Burnin' Up" or "Year 3000" that we deserve. However, their other good-vibes Happiness Begins hits "I Believe" and "Only Human" sounded pretty damn nice. NPR dads, whatcha think?

Read our profile of the Jonas Brothers, talking Happiness Begins and the Disney days, here.