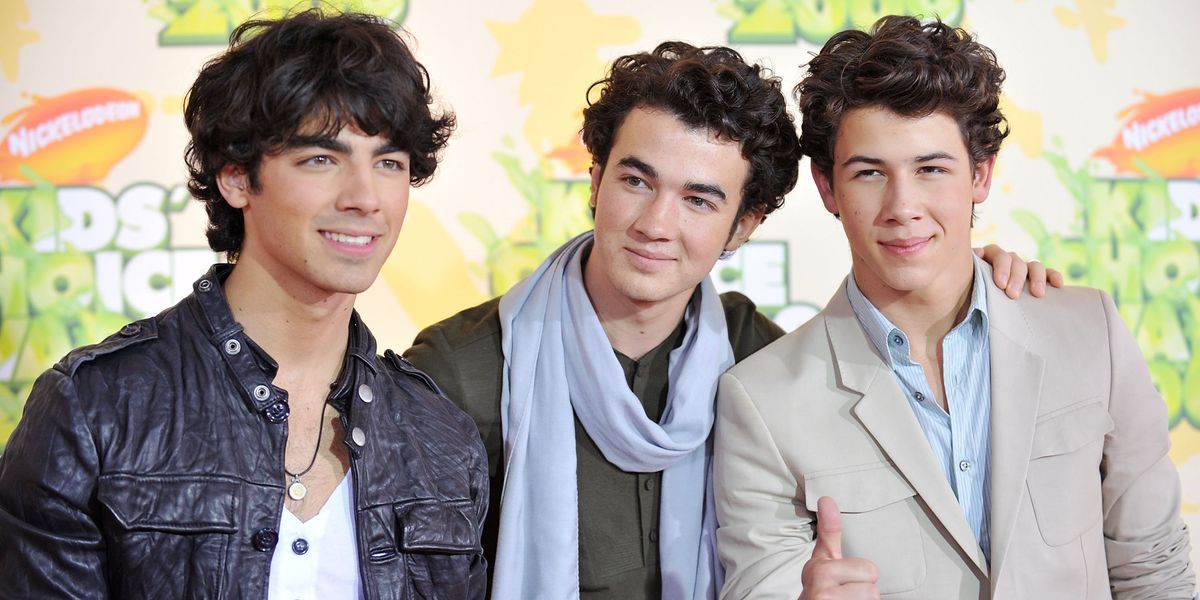 5 Theories About Why the Jonas Brothers Reactivated Their Instagram

At this point it's common knowledge that the Jonas Brothers — Nick (the sex kitten), Joe (the other sex kitten), and Kevin (the married one who had a show on E!) — have reactivated their joint Instagram account. The former boy band members, who went their separate ways in October 2013, are responsible for such middle school-era hits as "Burnin' Up" and "When You Look Me In The Eyes." Each have since established their own successful brands as solo artists — Nick, with chart-topping albums and a Calvin Klein campaign that changed the course of our lives; Joe, with his new band DNCE and the smash-hit single "Cake By The Ocean;" and Kevin, who we presume is... still married?

They're getting the band back together — this time with Frankie at the helm.

Back in the day, Frankie, the oft-forgotten youngest Jonas Brother, was mostly just an afterthought that people occasionally referenced to try and seem like the most knowledgeable JoBro fan in the room. Now, he's a skateboarder and all around cool guy, a 17-year-old who could be just the vibe the group would need to make a triumphant return to the charts. This is Frankie now — feel old yet?

They wanted a special way to announce the premiere of Camp Rock 3: Demi Lovato's 'Daddy Issues,' the Feature-Length Music Video.

We all knew the Camp Rock franchise couldn't be over just yet — and it's with delight that we can suggest the reactivation of the Jonas Brothers' Instagram could very well be in order to announce a third film in the series — though this film will actually just be a feature-length music video in which Demi Lovato's new song "Daddy Issues" plays on repeat for two and a half hours. Listen below:

Kevin is generating publicity for his new series co-hosted by Martha Stewart: Being a Celebrity Homemaker (After You've Fallen Out of the Spotlight).

Kevin Jonas and Martha Stewart have more in common than you realize — both were former pop culture icons with TV shows about the glamour of a domestic, privileged home life. And both had a fall from grace: Martha, because she went to prison, and Kevin, because he's widely considered the least sexual and musically ambitious Brother. Now, the two could be poised to collab with a new series about cooking your way back into the tabloids, and this Instagram relaunch could be a publicity stunt supporting that. We ship it.

They're re-launching their hit Disney Channel show Jonas LA. This season will be set 15 years in the wake of the last, and each brother will now be working as a go-go boy in West Hollywood with a heart of gold and an addiction to hand-rolled cigarettes.

Eight years after JONAS L.A., which told a dramatized version of the musicians' lives in Los Angeles went off the air, the boys could be back, this time as hot but sad strippers in Los Angeles' West Hollywood club district. The new season in the series draws most of its inspiration from this important piece of filmmaking:

The Jonas Brothers have decided to switch gears and become an activism group dedicated to getting young people registered to vote, informed about global issues, and getting Democrats back in control of the House and Senate.

We can expect them to share a post shortly linking to the official Women's March website, who this year have launched a "Power to the Polls" event with the intent to get citizens informed and registered to take politics back into the hands of the people.