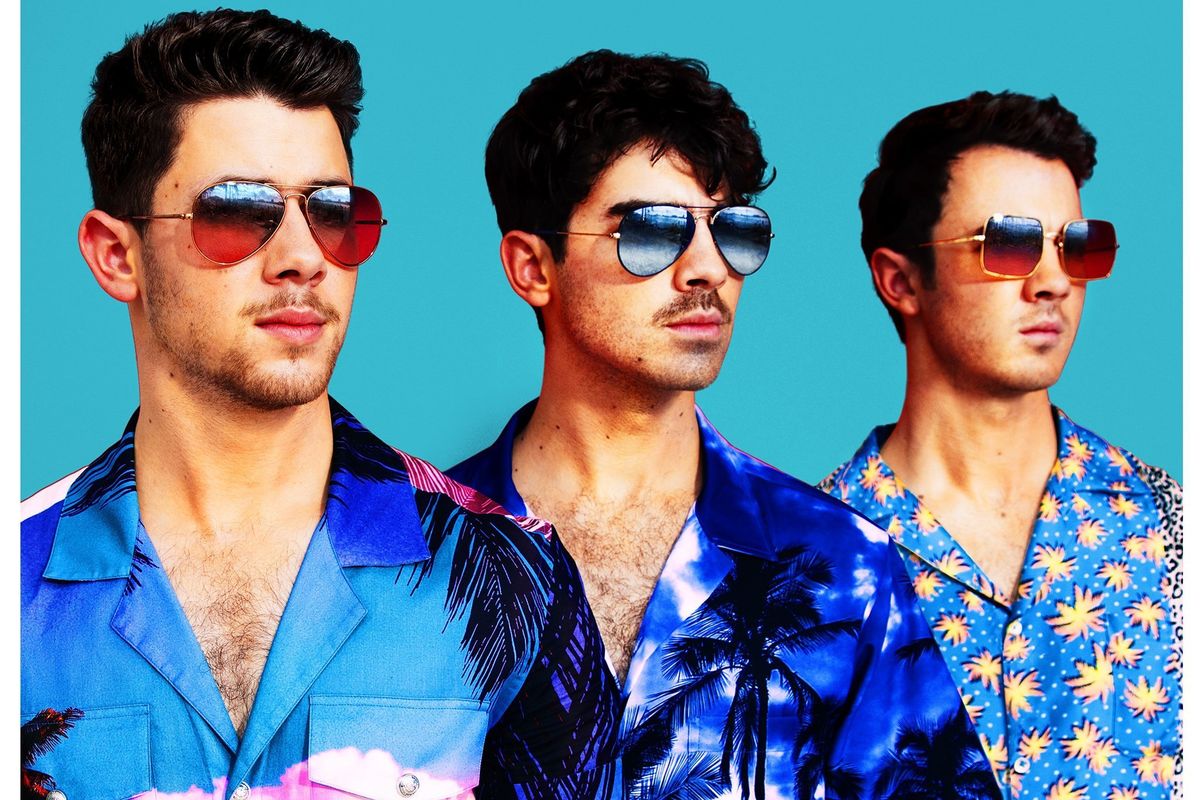 The Jonas Brothers redux will likely continue their charts rampage on Friday. Much like the brothers were in 2008, the song is titled "Cool" and the single art features the brothers in Hawaiian shirts and aviators looking confidently out into the distance, so tropical vibes are presumably incoming.

It also presumably includes the Bros shouting the word "cool" over and over again, like they do in this BTS footage:

The inaugural Jonas Brothers reunion track "Sucker" quickly zipped up to number one on the Billboard Hot 100 within a week (notably, their first time at the top, they previously topped out at #5 with"Burnin' Up"), so clearly people are hot for the sugary melodies, snapping, clapping and whistling we saw on the track.

Guess they found the time to record in between all those leisurely afternoons smoking cigars and singing Kacey Musgraves on a yacht.