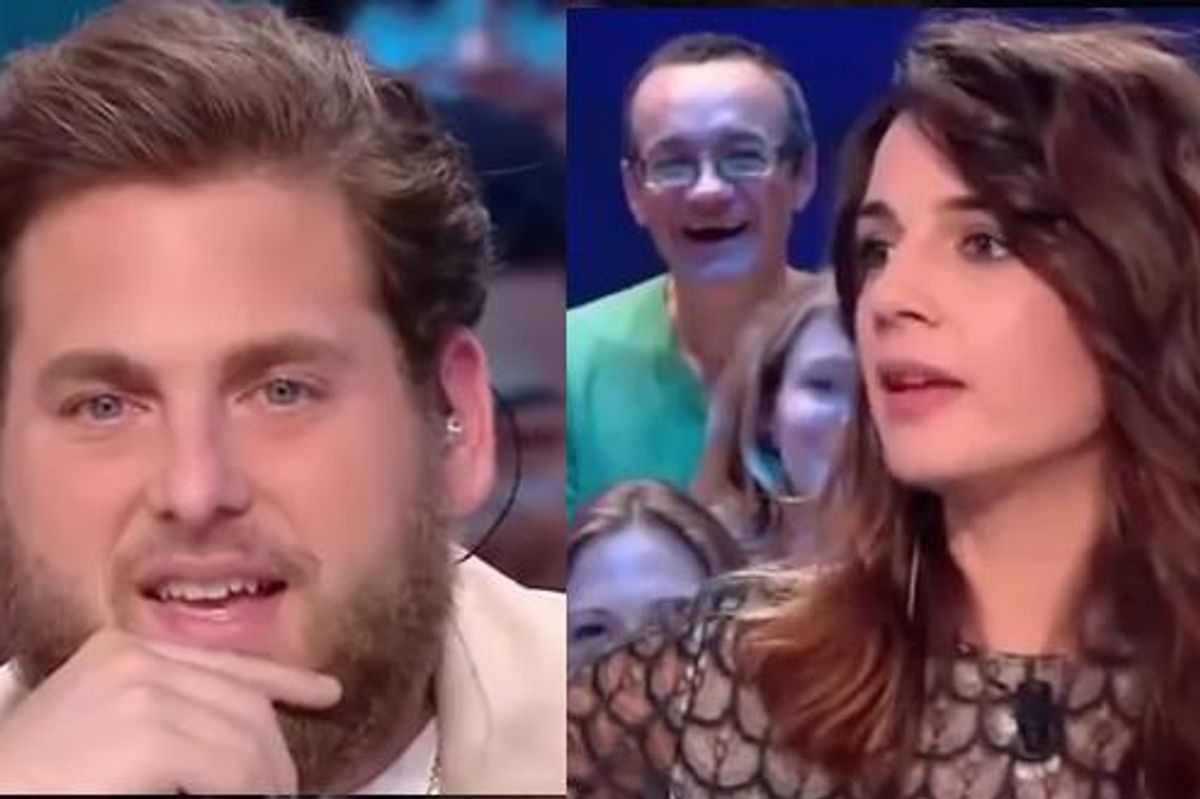 Ornella professed her "love" for Hill, referencing particular movie moments, like when Hill's parody of himself got "sodomized by a demon" in meta-comedy This Is The End...

...to which Hill gave this gentlemanly, not-at-all sexist reply:

Fleury then joked that her ultimate sexual fantasy would be for her and Hill to "meet up at a hotel" at night, where they'd chat, and he'd "make her laugh a lot;" then, Hill's former costars Brad Pitt and (OSCAR-WINNER!!!!!!!) Leo DiCaprio would appear and Hill would "go away."

Mr. Hill, apparently not amused by the "I'd rather fuck your hotter friends" remark, quietly said, "I'm glad I came on this show to be ridiculed by your local weather girl."

Hill promptly canceled the rest of his French appearances, presumably after this incident; as evident in previous interviews, he's expressed a desire to be taken more seriously as an actor, so no doubt, this...rattled him.

Since the awkward exchange, Fleury has issued a humble, and very eloquent apology to Hill, stating:

Jonah, the problem is that for 10 years I have lived with you through your films. In fact Jonah, I really had the impression that I knew you so last Friday I thought I was just messing around with a friend, but the reality is that we are not friends.

No the reality is that you two have two Oscar nominations and I have two videos on my YouTube account. You have made films with Scorese and Tarantino and me, I have made an advert for Spontex (a company that specializes in making cleaning products)

I can't stop imagining Miles Teller, later that night, sitting against the hotel bathroom door, with Jonah locked inside.