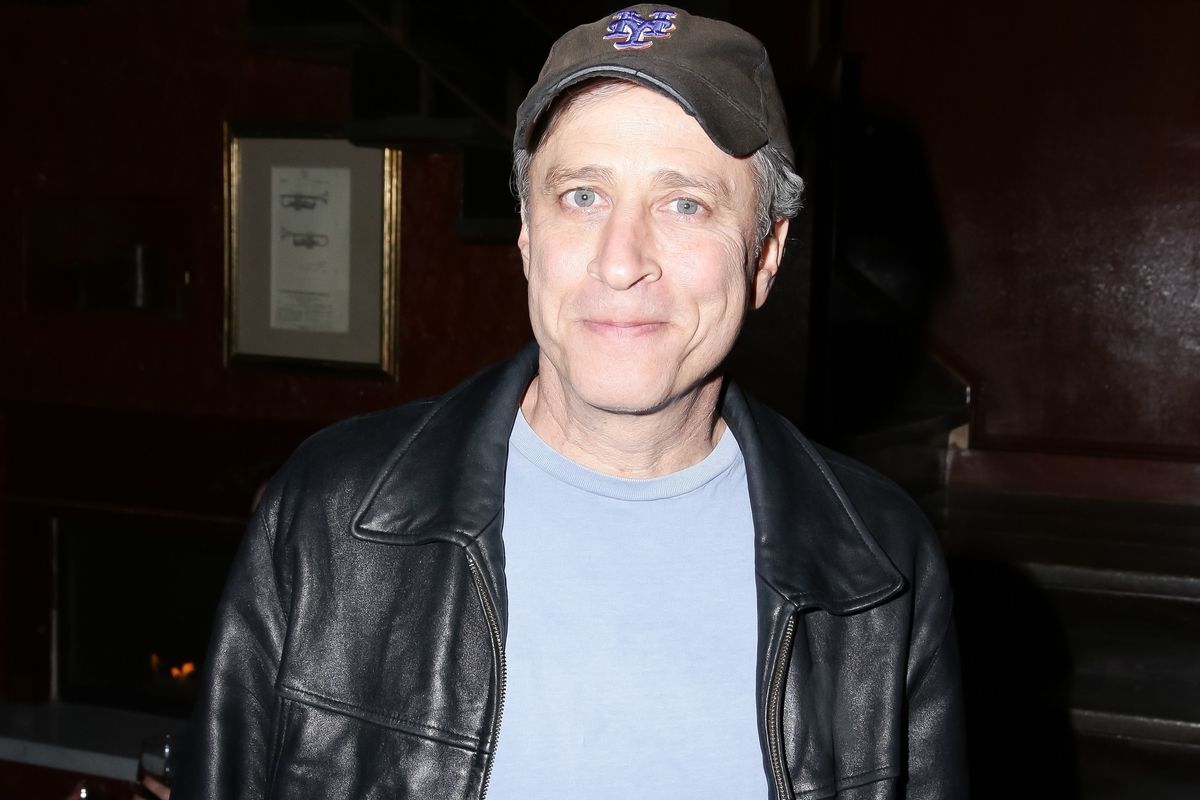 Jon Stewart Came Out Of The Woodwork To Slam Donald Trump

How we've missed him

Jon Stewart decided to make a comeback, kind of, with some choice words for Donald Trump. Stewart expressed his thoughts at Joint Base Andrews in Maryland at the 75th anniversary of the United Service Organizations.

The former host of The Daily Show was there to introduce Vice President Joe Biden as one of the keynote speakers, but decided to throw some shade at Trump in the meantime. Stewart said: "Don't worry, Trump's going to keep you busy. You're going to have to repaint all the planes with 'Trump' in big gold letters."

This is really the first time Stewart has spoken out about the presidential election—he's shockingly stayed out of it for the most part. But, here's to hoping he interjects a little bit more - we do love a good Trump joke from Stewart.