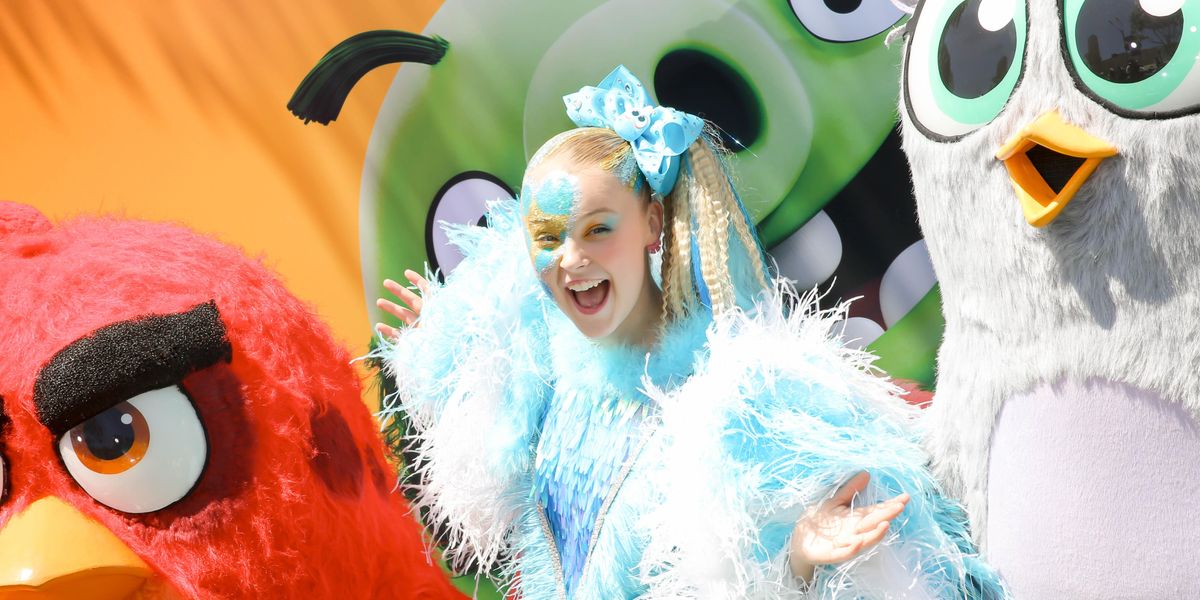 Since JoJo Siwa came out in January as a member of the LGBTQ+ community, she's become even more of an iconic figure in pop culture according to newly unveiled data. Insider reports that it did a survey of more than 1,000 people through SurveyMonkey to discover which of over 75 influencers are most liked, disliked and well-known online.

The poll showed that Siwa now fairs 9 percentage points higher than she did in a previous survey that was conducted last December. She was known by 36% of poll respondents in this survey compared to 27% of people last time.

Back in January, Siwa posted a video on TikTok, tagged #PrideHouseLA, lip-syncing to "Born This Way" by Lady Gaga. Days later, she wore a shirt on Instagram that said "Best. Gay. Cousin. Ever." and furthered all speculation. She then confirmed everything to fans later on Instagram.

In February, Siwa explained on The Tonight Show Starring Jimmy Fallon what led her to post the viral photo of her "Best. Gay. Cousin. Ever." shirt that set off the beginning of the reveal. "One day I was on FaceTime with my girlfriend and I was like, 'I kind of just want to post this picture on my [Instagram] Story," she said. "She was super encouraging. She was like, 'Do it,' and I was like, 'Alright,' and I did it... [then I went] back to FaceTiming with her."

Siwa also opened up about what sharing her sexuality to fans has been like for her in its wake. "I'm just so happy because now I get to share what makes me the happiest with the world and it makes my heart so happy," she said. "Of course not everybody in the world is going to accept it right now, but there are so many people that are going to accept it right now. And like I say, even if there's a million people that don't accept it, there's a hundred million that do."

A week later, Siwa introduced the world to her girlfriend, Kylie, by celebrating a one-month anniversary on Instagram. "After being my best friend for over a year, January 8th 2021 I got to start calling this exceptional human my girlfriend," Siwa wrote. "And since then I've been the happiest I have ever been!"