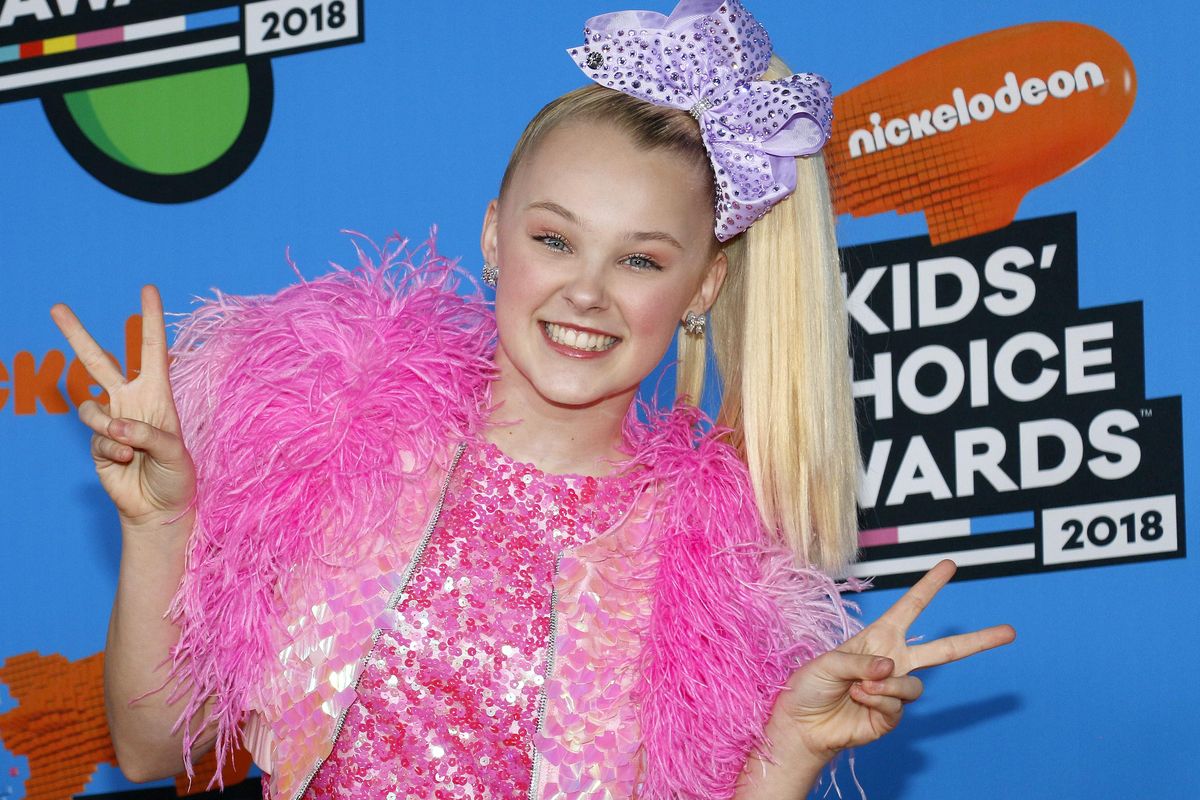 JoJo Siwa has been making headlines since she wore her "Best. Gay. Cousin. Ever." shirt and many speculated that this was the star's way of coming out to the world. And she confirmed it Saturday when she went on Instagram Live to talk all about everything that's happened over the weekend.

The 17-year-old was wearing a rainbow heart-patterned bow and was all smiles during the live session. She said that she's been receiving an outpouring of love from fans, and people all over the world. "Personally I have never, ever, ever been this happy before and it feels really awesome. I've been happy for a little bit now. It's just so, so, so awesome," Siwa said. "You guys probably haven't seen me this happy since I was on tour."

As Jojo was reading comments aloud, a fan asked her "What label are you?" She then replied, saying that she's still figuring things out. "I have thought about this, but the reason I'm not going to say this answer is because I don't really know this answer. I think humans are awesome, I think humans are really incredible people." She continued, "Right now, I'm super duper happy and I want to share everything with the world but I also want to keep things in my life private until they are ready to be public."

She was also asked since when she'd known she was part of the LGBTQ+ community. "I think my whole life. Because my whole life, I've really really been, I just liked people, but I have never fallen in love before," she explained. "But I always believed that my person was just going to be my person. If that person happened to be a boy, great! And if that person happened to be a girl, great! I think I'm just really happy. I think in life you know when you meet your person, I really do."

At some point during the IG Live, someone also asked if this was the reason why she broke up with her ex, Mark Bontempo. "People in life break up," she simply said. "People as teenagers break up, you have a boyfriend or you have a girlfriend when you're 6 years old and you break up with them, you're not with them for forever. I was a teenager, I still am a teenager but I think I'm pretty happy now. I'm pretty good now."

Celebrities have been showing their support for JoJo online, including Lil Nas X, Todrick Hall, NikkieTutorials, James Charles, and more. And JoJo is still gushing over the overwhelming support and love she's been receiving from people.