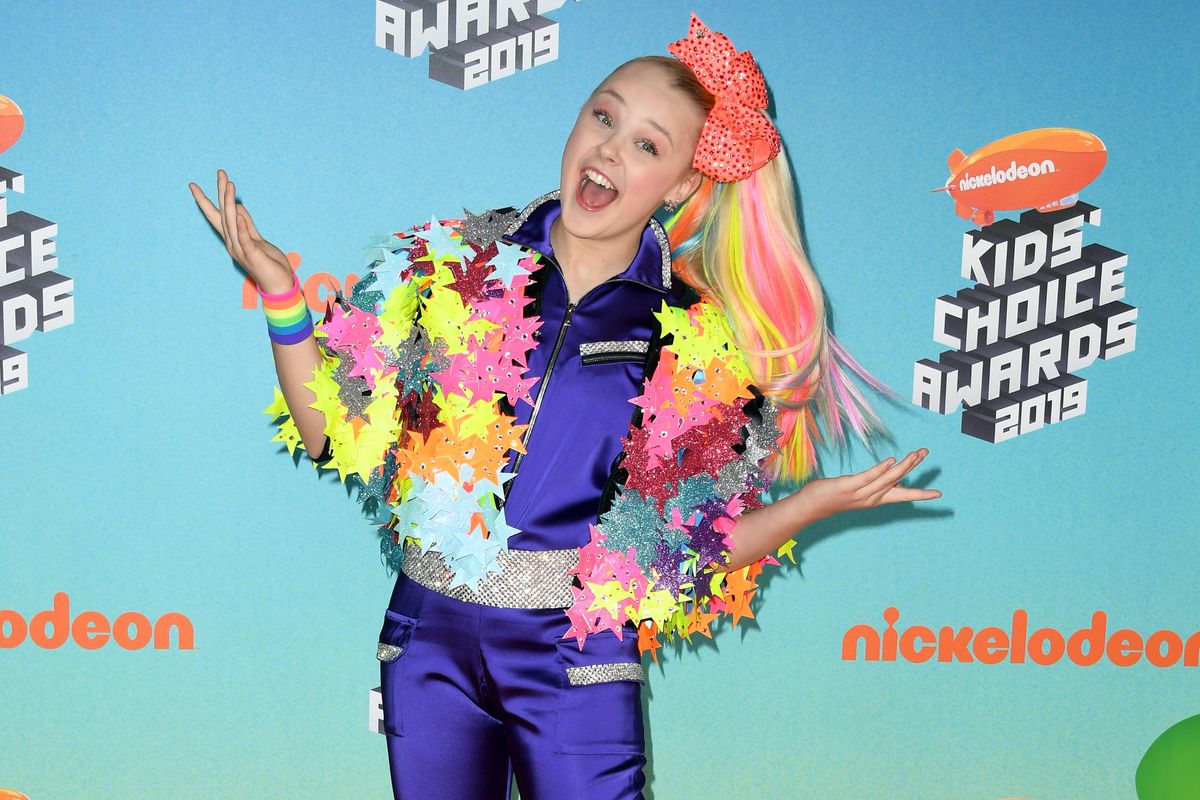 Jojo Siwa has seemingly come out with the help of a new t-shirt.

On Thursday, the 17-year-old's sexuality became a topic of speculation after she recorded a TikTok of herself singing along to Lady Gaga's iconic LGBTQ+ anthem, "Born This Way" — namely the line, "No matter gay, straight, or bi / Lesbian, transgendered life / I'm on the right track baby / I was born to survive."

And while many fans believed this was Jojo's way of coming out, the Dance Moms alum went on to make another big statement on Friday with a second post that seemed to confirm the news again: A photo of herself wearing a new shirt from her cousin that read, "Best. Gay. Cousin. Ever."

That said, even though Jojo still has yet to make a definitive statement, the shirt has been enough evidence for many fans and fellow celebrities, who took to the comments to voice their support for the star.

"Been a JoJo fan since day 1 (that is the first day my daughter told me about her)," as YouTuber Casey Neistat wrote. "Very proud to see a role model to so many not shy away from who she is."

been a JoJo fan since day 1 (that is the first day my daughter told me about her 😉) very proud to see a role model to so many not shy away from who she is. https://t.co/Zlt3x0LdXA

Meanwhile, others echoed Neistat's tweet by commending Jojo's bravery, as well as the example she set for her young audience — particularly LGBTQ+ fans.

"Ok but the impact of jojo siwa coming out to millions of very very young kids and their parents ?? the normalization this has .... a queen," as one person said, while another added that her coming out would greatly help the LGBTQ+ kids who watch her videos.

"If you don't think jojo siwa coming out as gay is a big deal, just remember that there are lgbt kids that watch her videos that may have felt so alone with their identity," they wrote. "And seeing the person they look up to coming out makes them feel safer and more comfortable with themselves."

ok but the impact of jojo siwa coming out to millions of very very young kids and their parents ?? the normalization this has .... a queen

i don’t think some of y’all understand how good someone like Jojo Siwa coming out will be for her LGBTQ+ younger fans🥺 https://t.co/elCWQerRKn

Ok all jokes asides jojo siwa coming out is super fucking brave considering she’s primarily in children’s entertainment and this has potential to piss off a lot of parents, networks she works with, etc but is also so fucking cool for that reason?! What a badass

See both of Jojo's posts for yourself, below.

My cousin got me a new shirt pic.twitter.com/DuHhgRto7b